“44 days in cell was no joke,” Adeherself cries as she talks about suffering depression following her ordeal

“44 days in cell was no joke,” Adeherself cries as she talks about suffering depression following her ordeal

Adeherself has revealed in a new video that her time in EFCC custody was hard and it has left her depressed.

The skit maker, whose real name is Ademola Adewale, explained that her parents and manager got her a therapist from the US but life isn’t quite the same anymore and she’s trying hard to come out of depression.

“44 days in cell was no joke,” she said, adding that she wouldn’t wish such on her enemy.

She said the incident has made her lose her zeal and she has not been able to make any more skits because the energy isn’t there anymore.

She thanked everyone who has been checking up on her, including the celebrities who reach out to her. 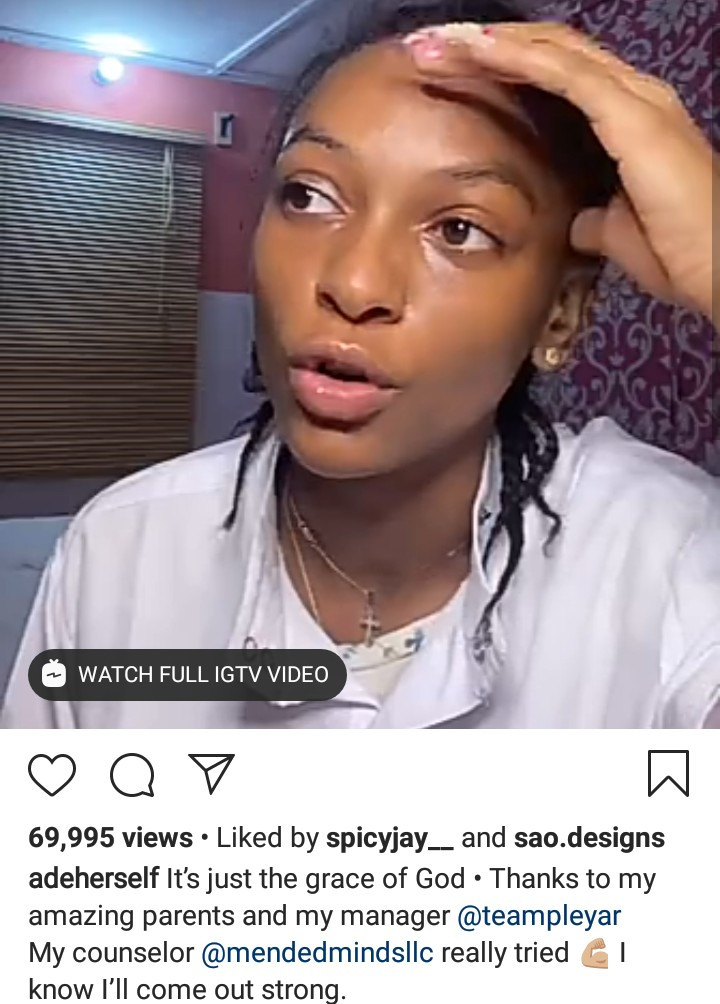 Recall that the skit maker was arrested by EFCC some months back over alleged internet fraud.