Spokesperson of the State Police Command, Yemisi Opalola, who confirmed the incident on Wednesday, February 3, disclosed that deceased said to be a barber, was declared missing since Sunday morning when he left home without telling his pregnant wife his destination. 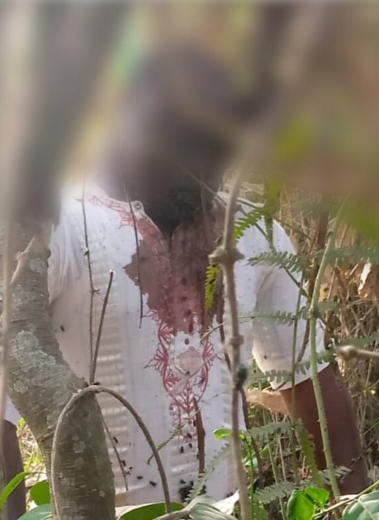 It was gathered that Olatunji’s lifeless body was found dangling on a tree in a nearby swamp by residents of the area on Tuesday, February 2.

Traditionalists performed rituals before cutting the body loose from the rope to prevent incessant tragedies in the community.

Meanwhile, an elder brother of the deceased, who spoke to Radio Nigeria said family members had assisted the Tayo when he complained of financial problems.

Facebook user,  Isaac Haastrup posted a video from the scene where the body was discovered. 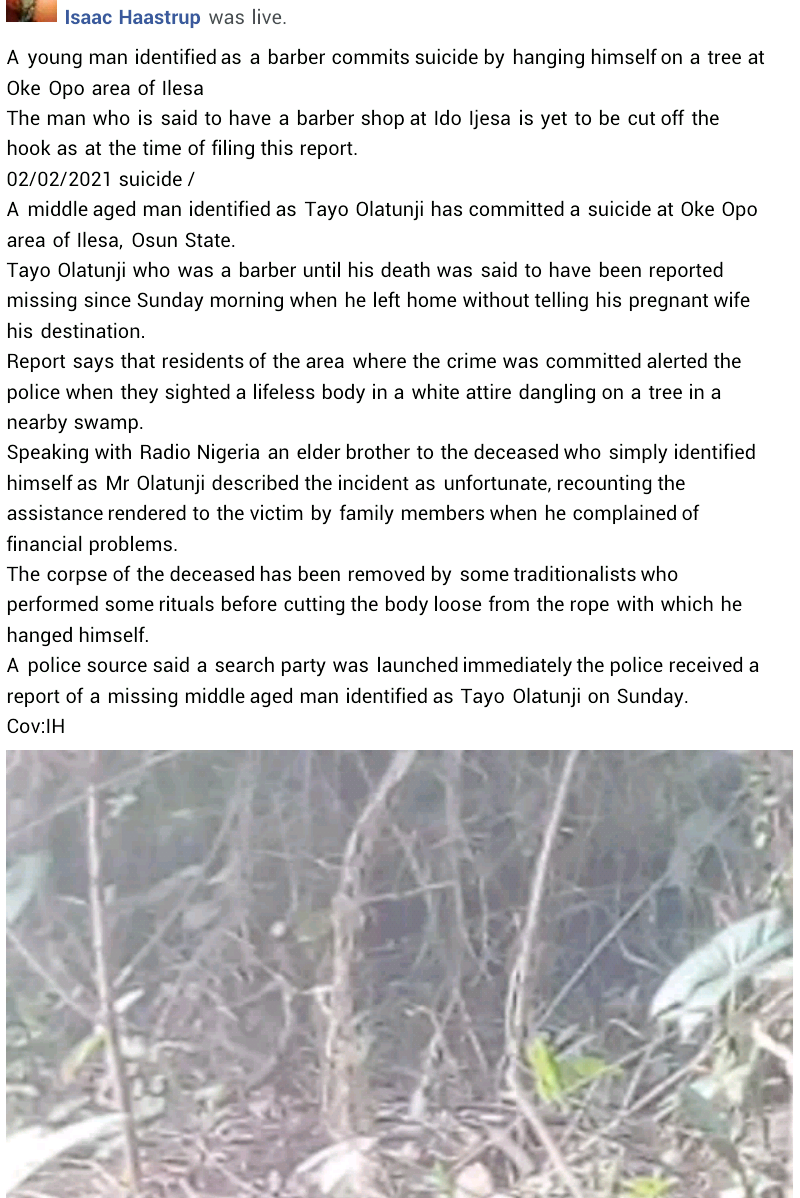