A Babcock student, named Godknows Adolphus Owhor is presently trending on Twitter after he was accused of rape.

It all began after a Twitter user @caramelangiee shared screenshots of a DM she got from a lady who accused him of rape. This prompted the student’s alleged victims to come forward with their story. 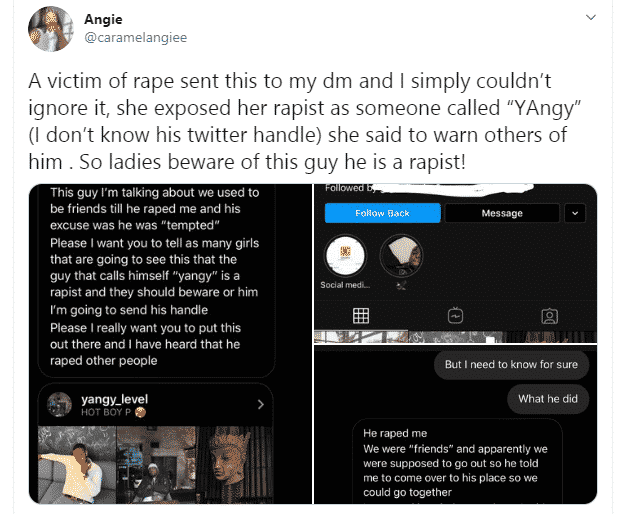 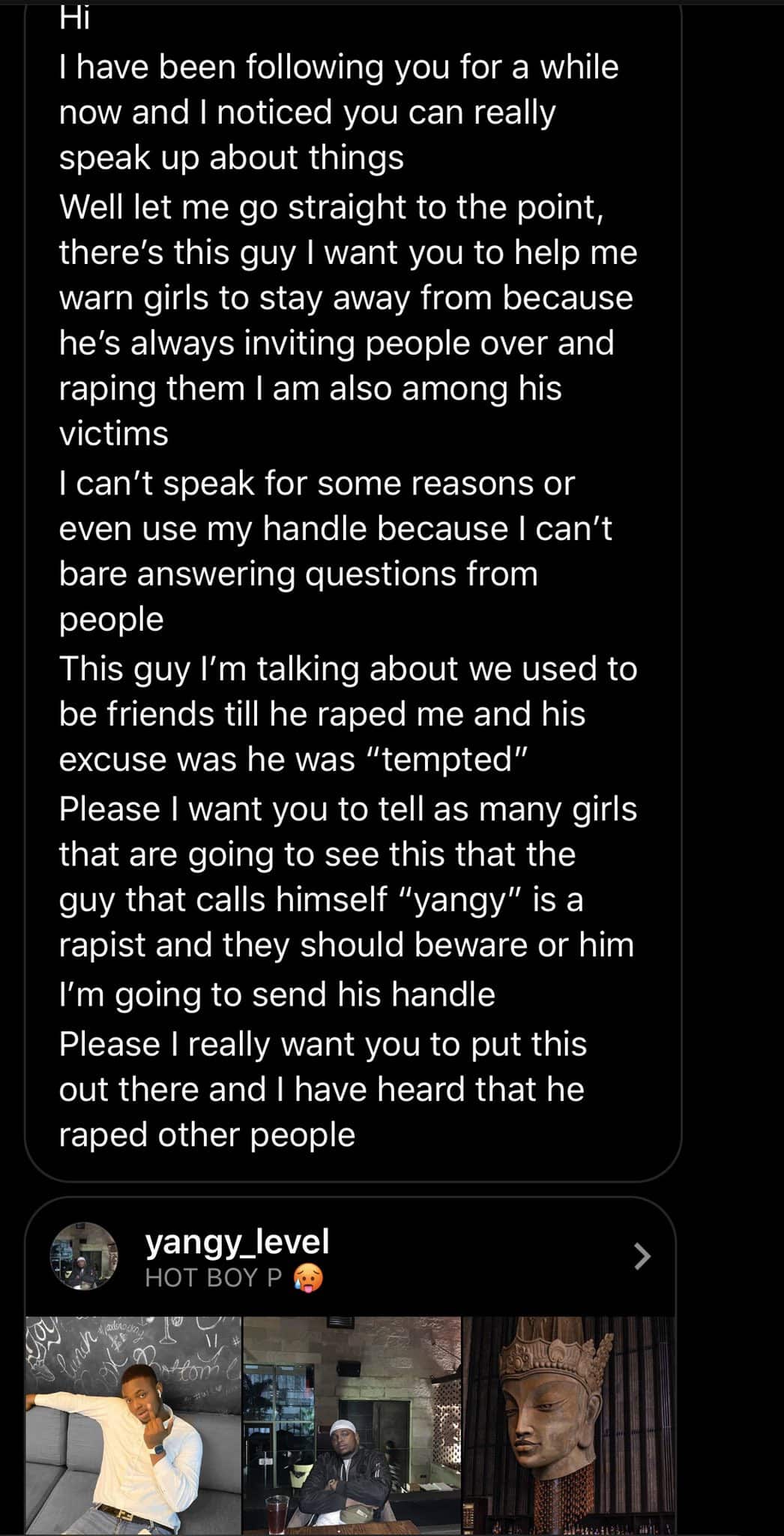 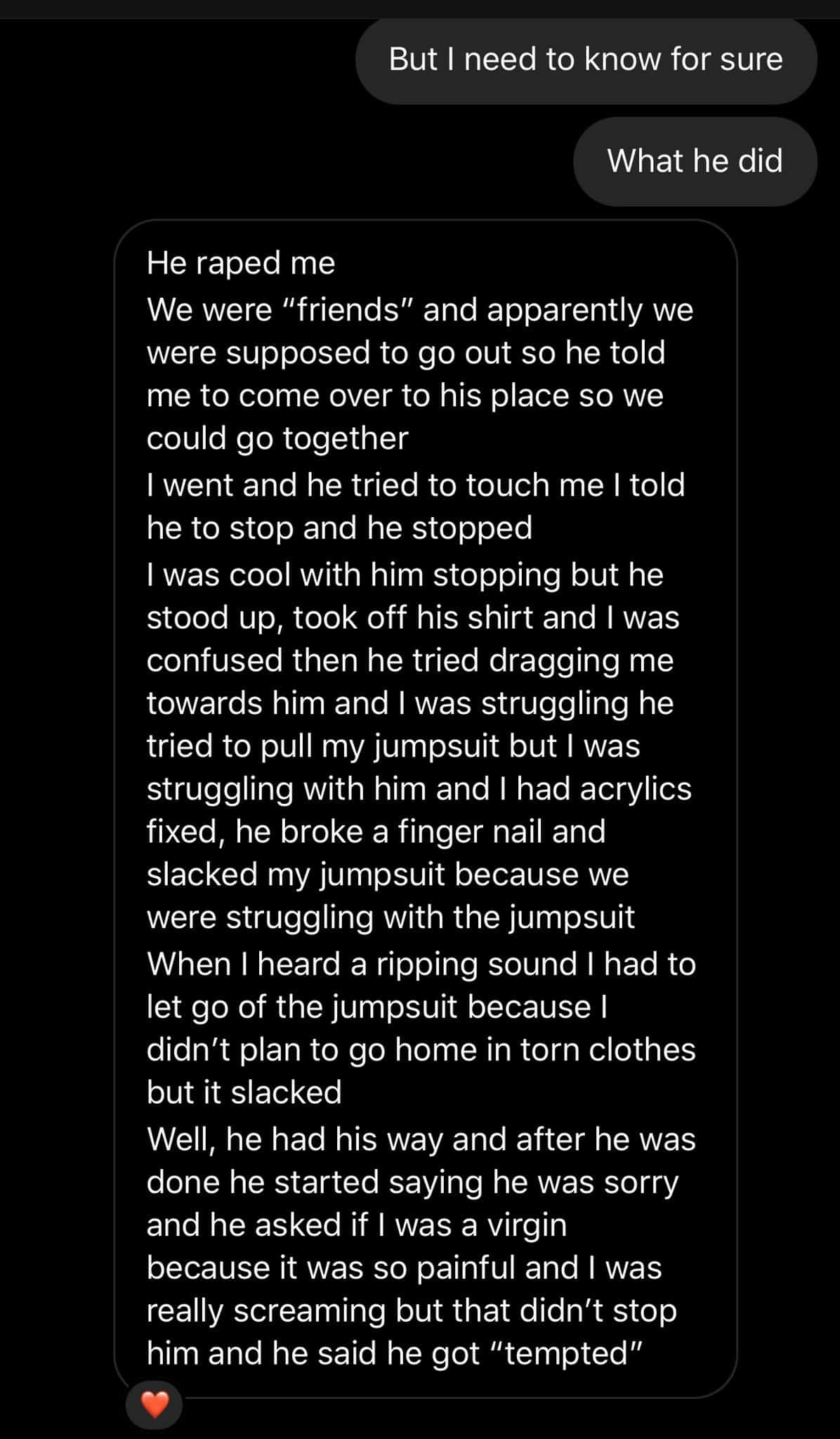 Another lady also accused him of defiling her when she was just 14. 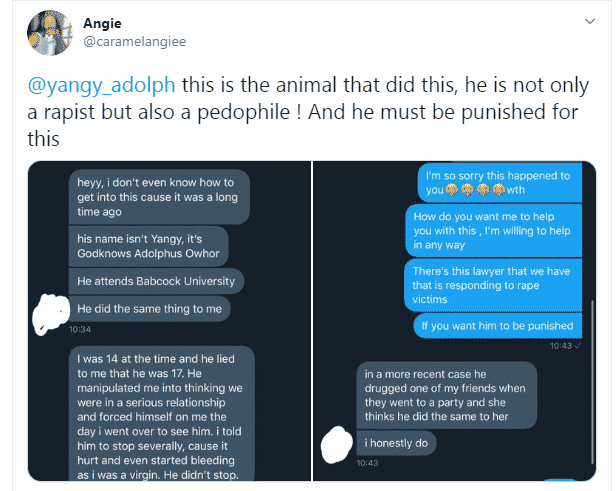 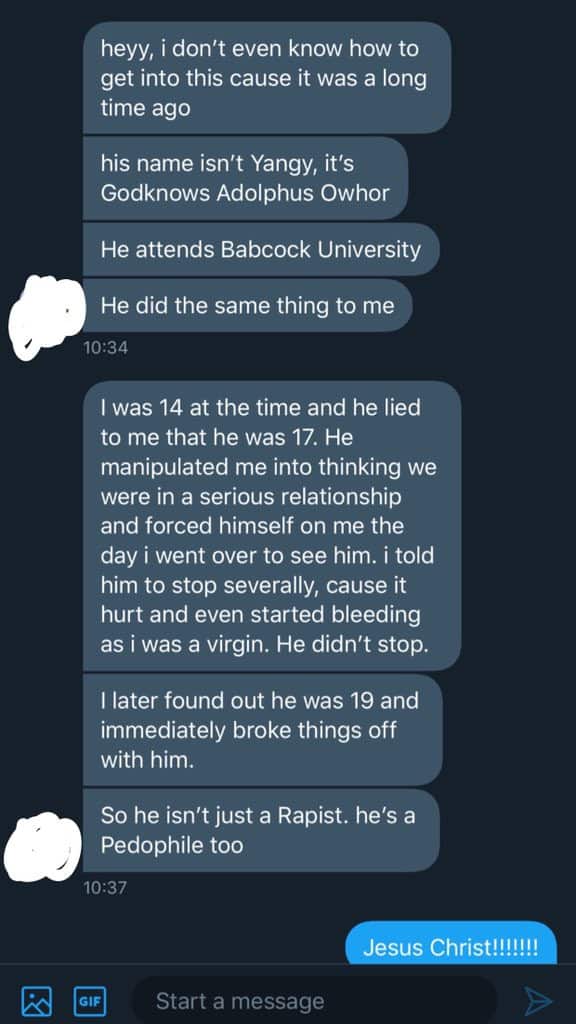 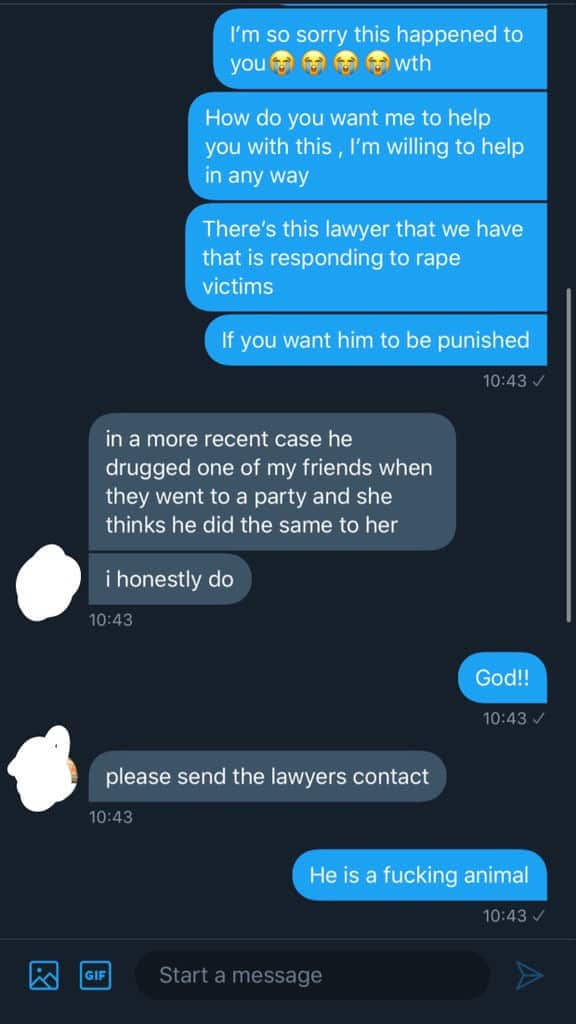 A lady who claimed to be Yangy’s cousin, also accused him of raping her. She wrote;

Plug comments from some of his alleged victims below; 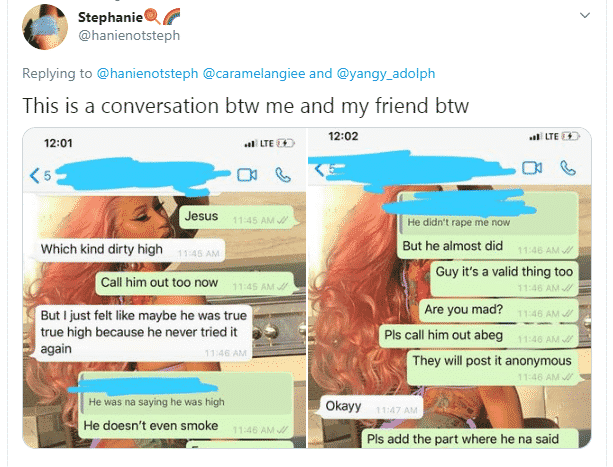 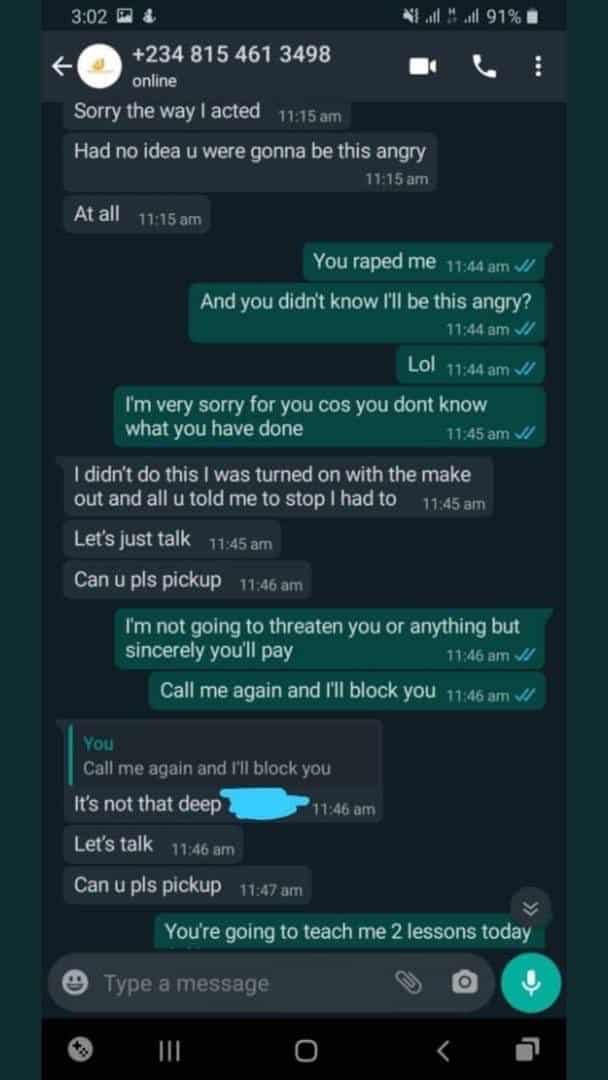 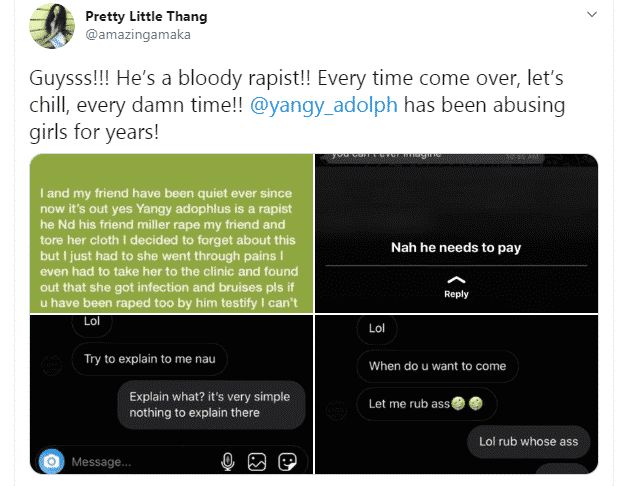 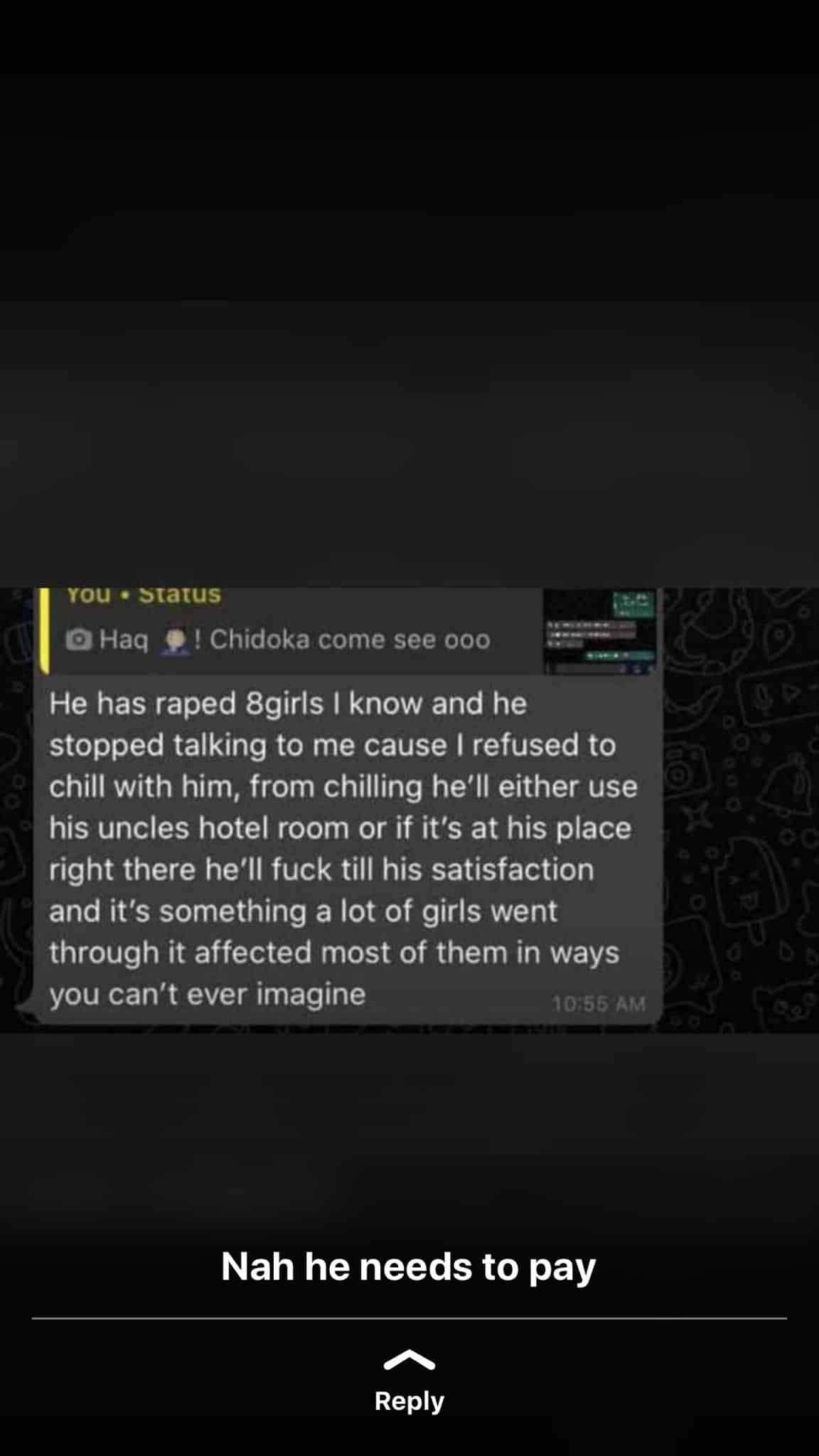 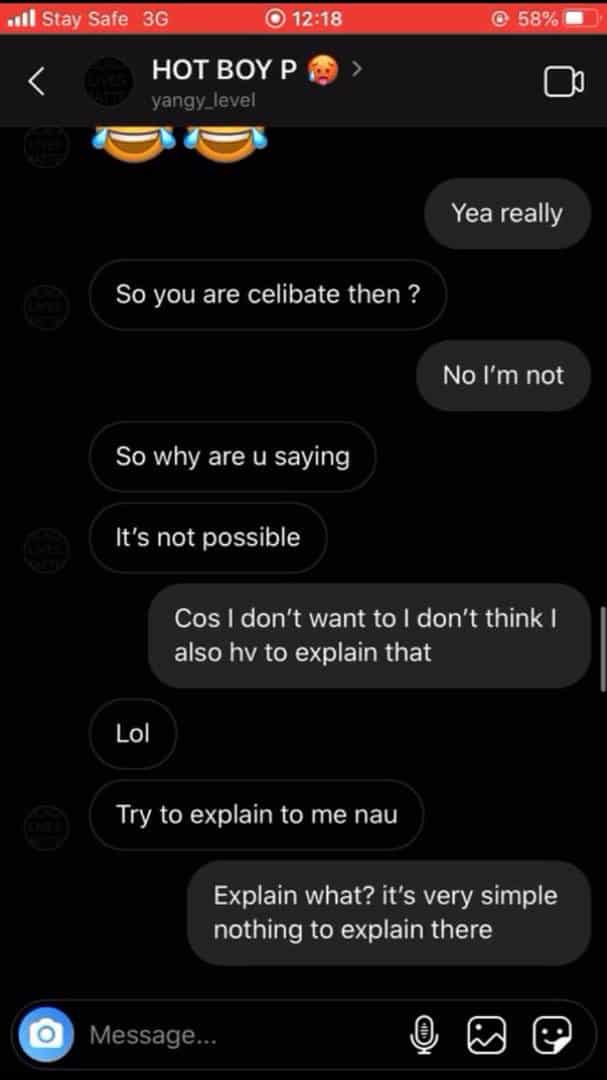 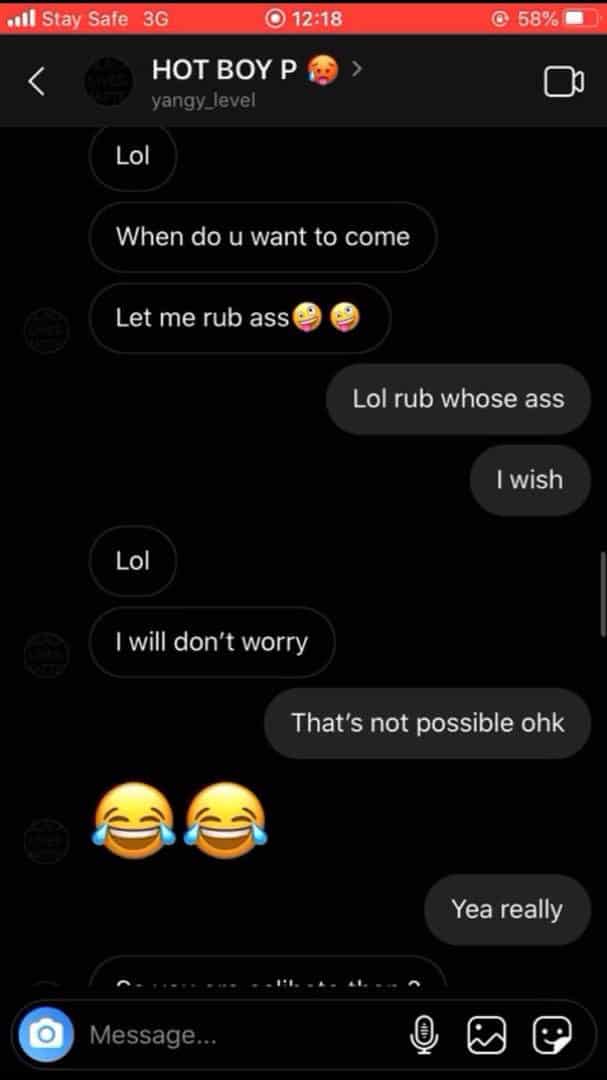 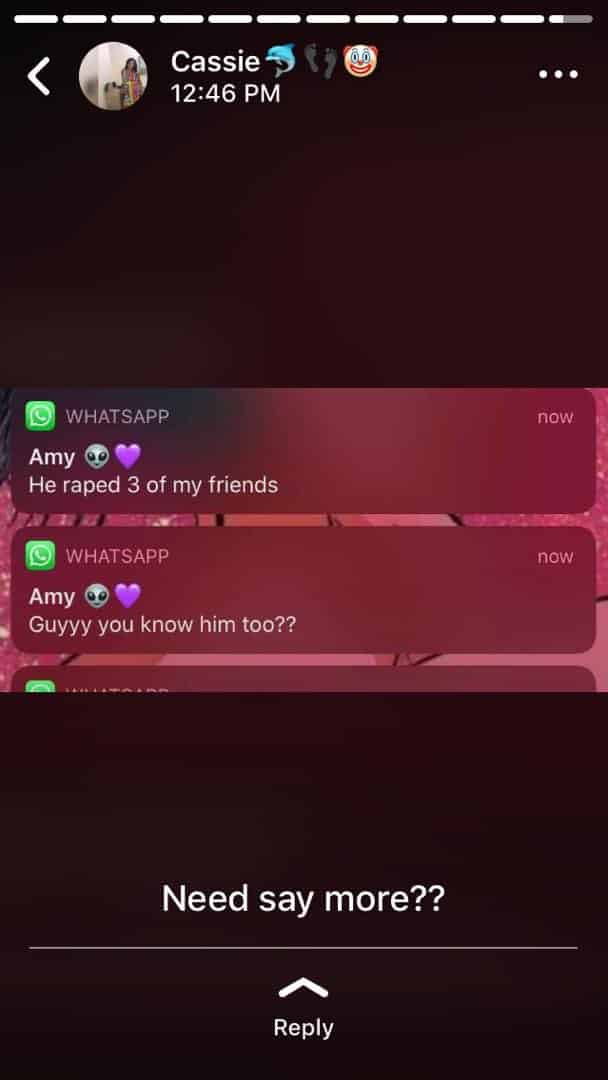 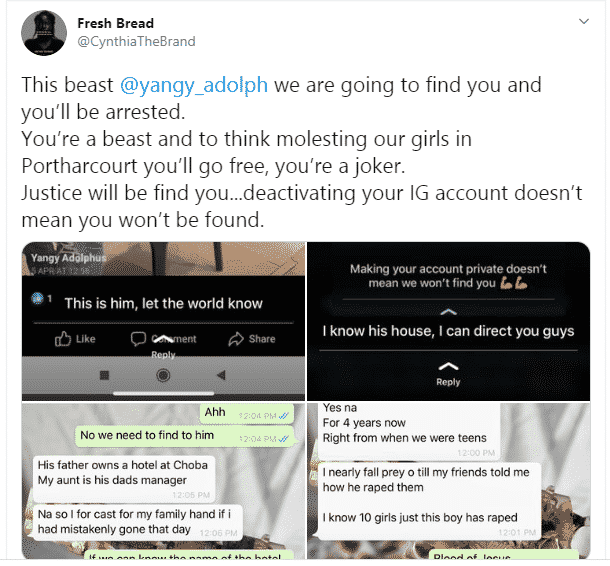 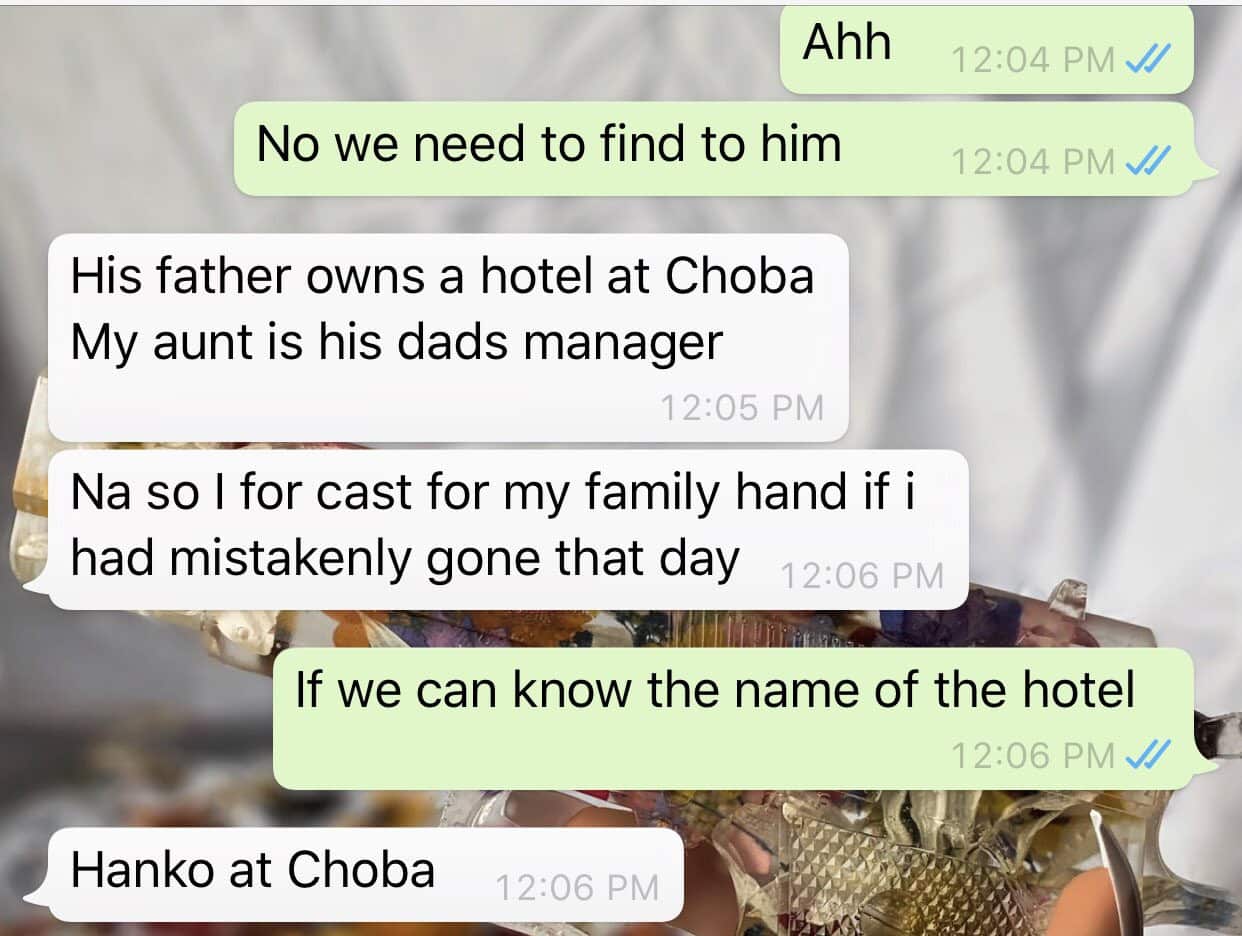 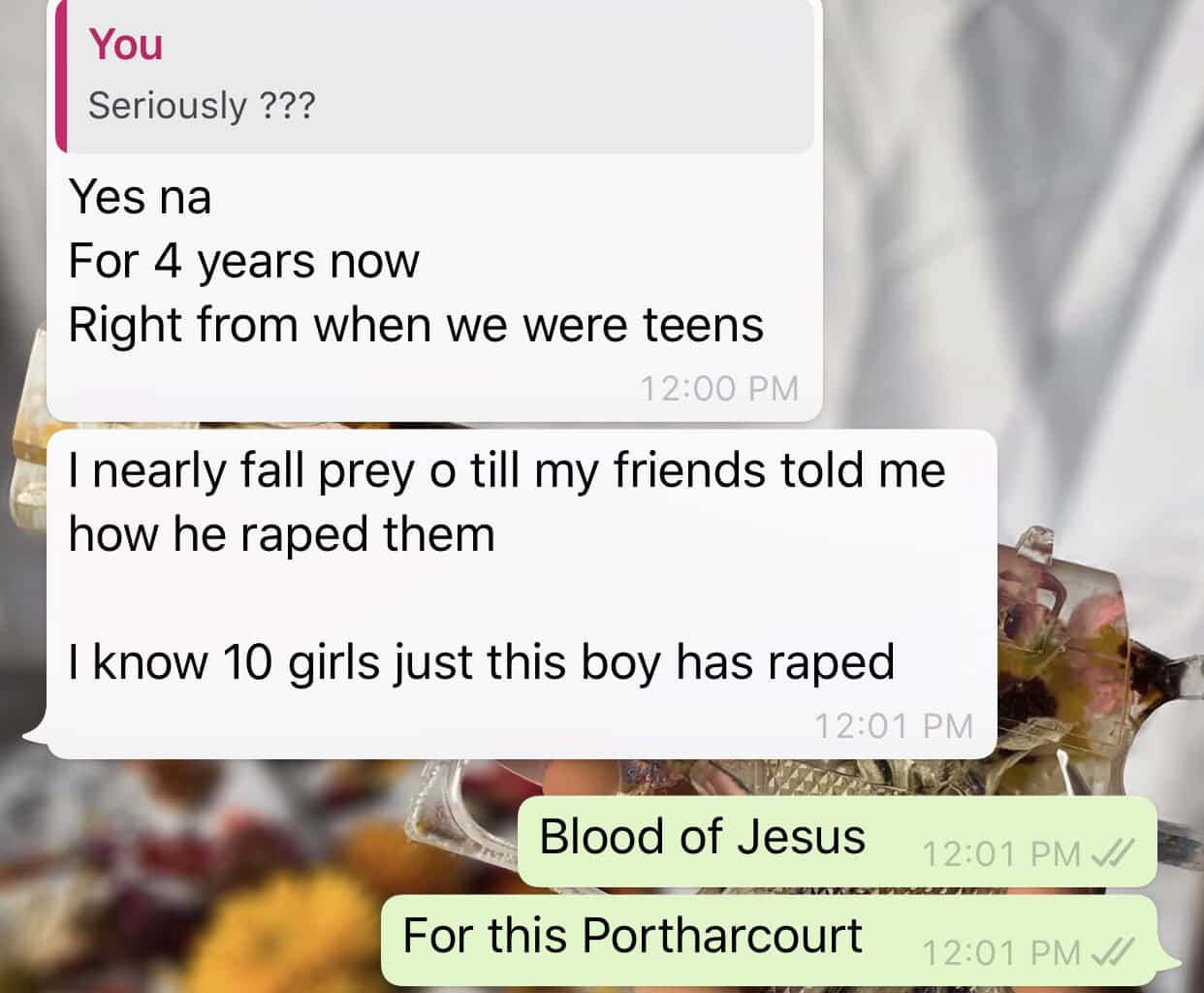 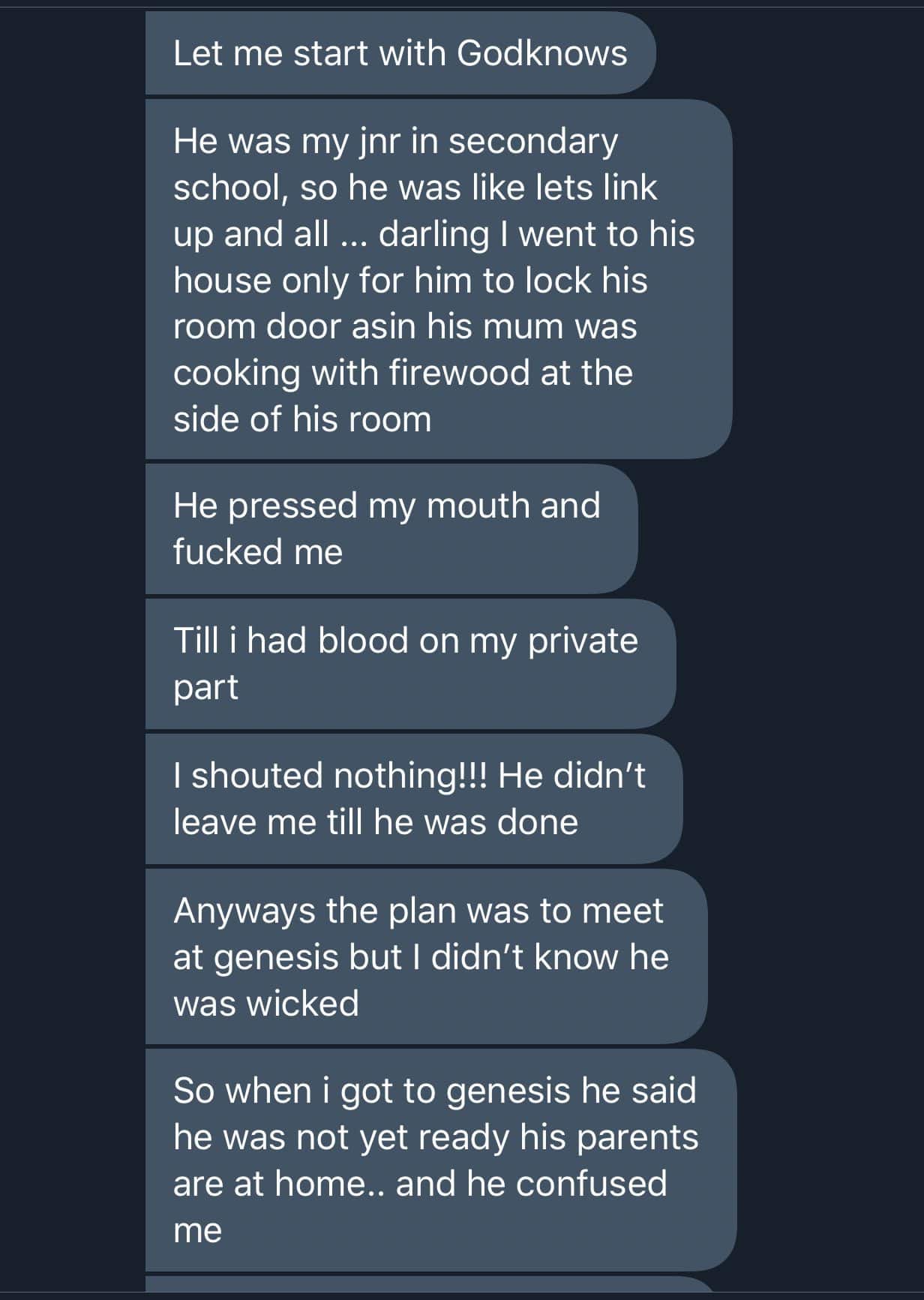 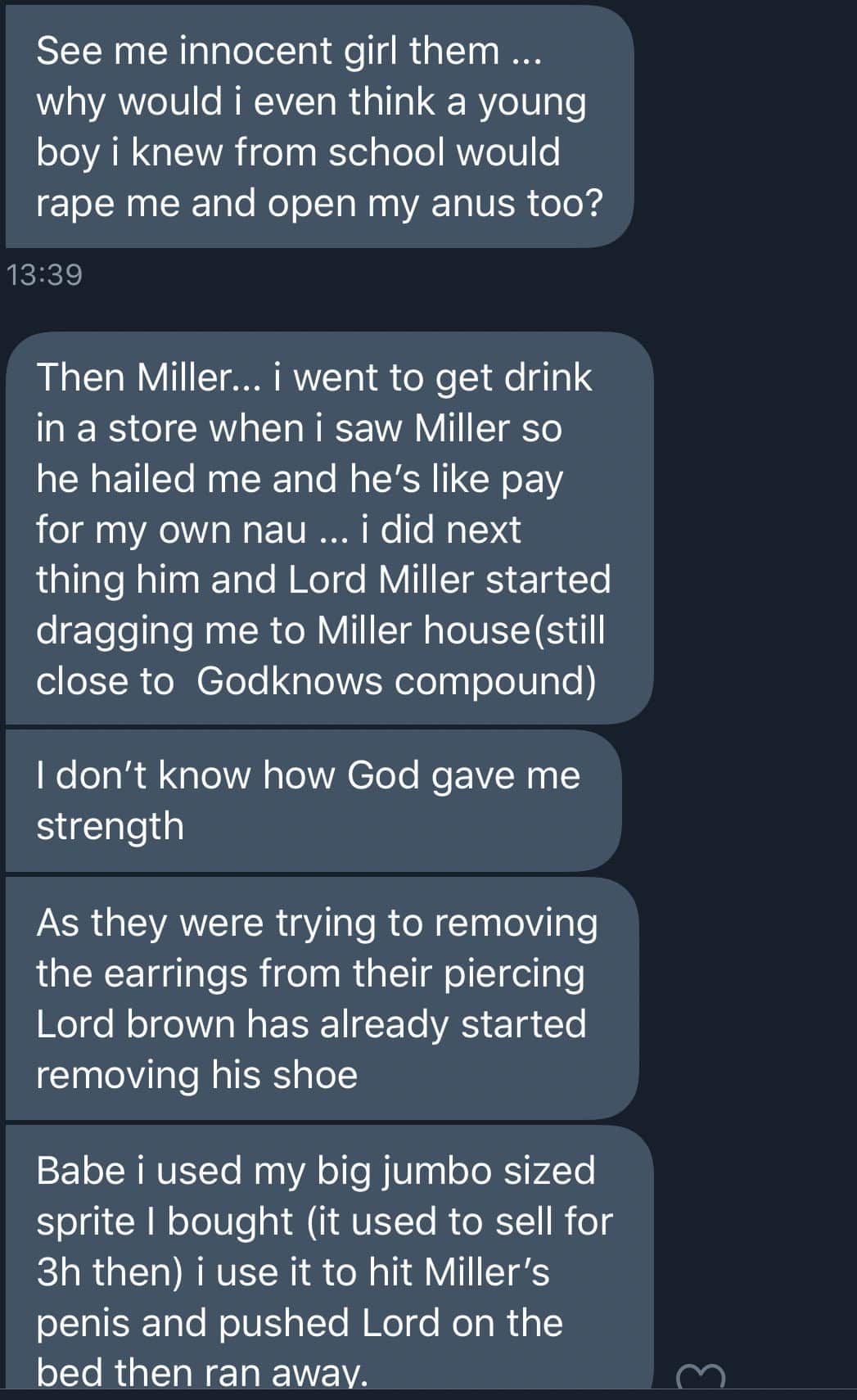 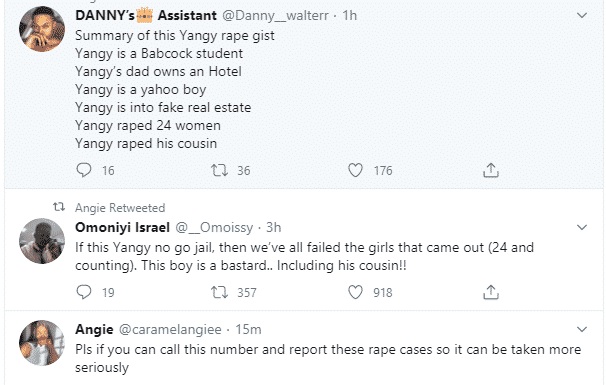 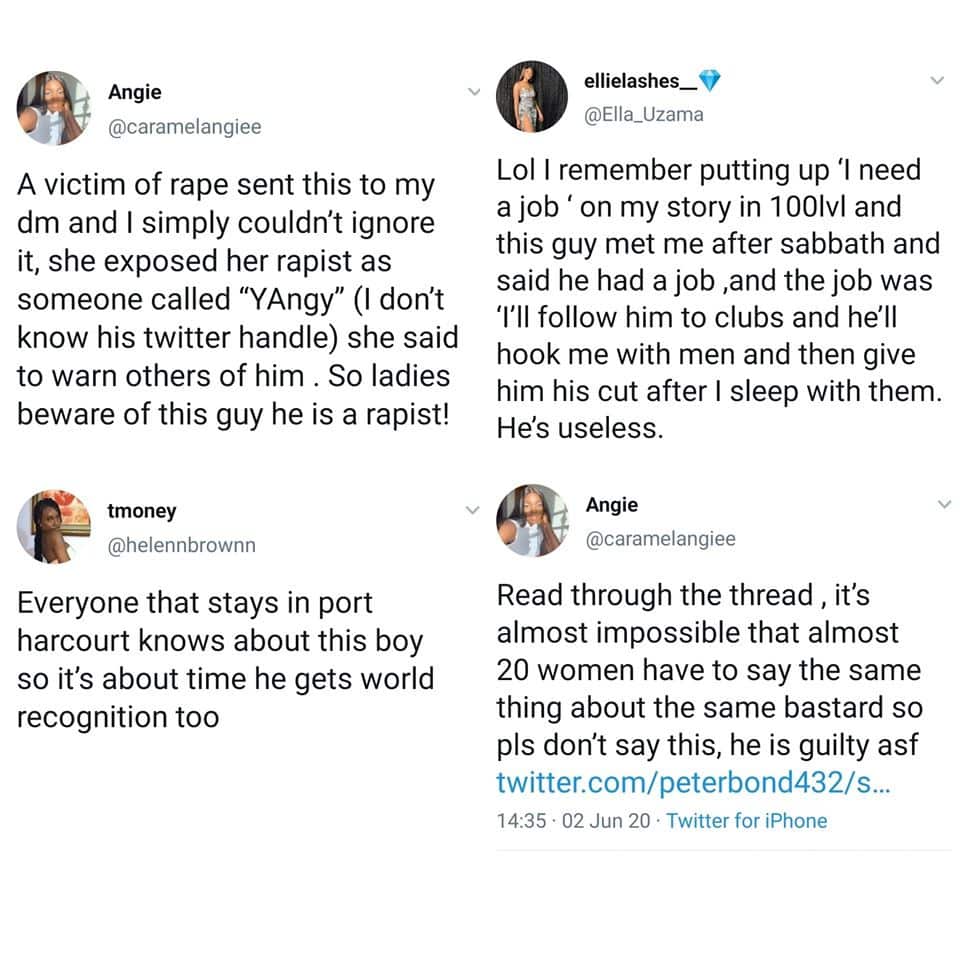 A victim of rape sent this to my dm and I simply couldn’t ignore it, she exposed her rapist as someone called “YAngy” (I don’t know his twitter handle) she said to warn others of him . So ladies beware of this guy he is a rapist! pic.twitter.com/XLn2n1xl77

This is a conversation between YAngy and someone he raped He told her to come out and say that she wasn’t raped and it was a lie ,so she said she’s not doing any of such,so he accused her of wanting money in exchange to come out and renounce what she said about the rape! pic.twitter.com/Skj06O6Z5c

Guysss!!! He’s a bloody rapist!! Every time come over, let’s chill, every damn time!! @yangy_adolph has been abusing girls for years! pic.twitter.com/LeKjEyOehm

Audio proof guys! Both Yangy and Miller are Port Harcourt’s biggest rapist! I’m disgusted! They should pay for this!! ???? pic.twitter.com/KXUSYxFwBn

Yangy who however denied the rape allegation and also promised to bring in relevant authorities into the rape case. 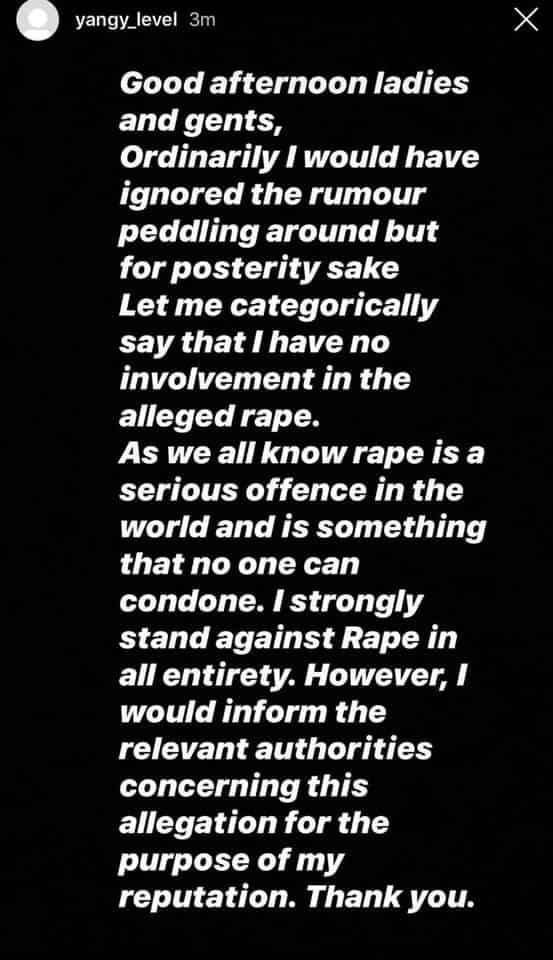 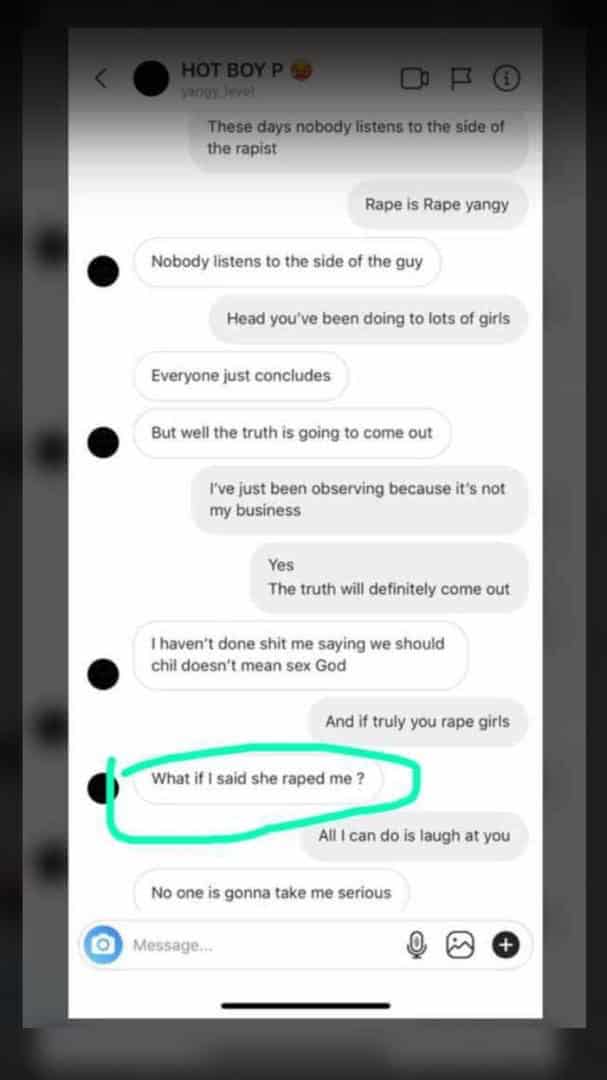 Yangy’s friend, Miller who was also accused of rape admitted that he did some crazy things in 2015. He added that he is no longer into “those things”. 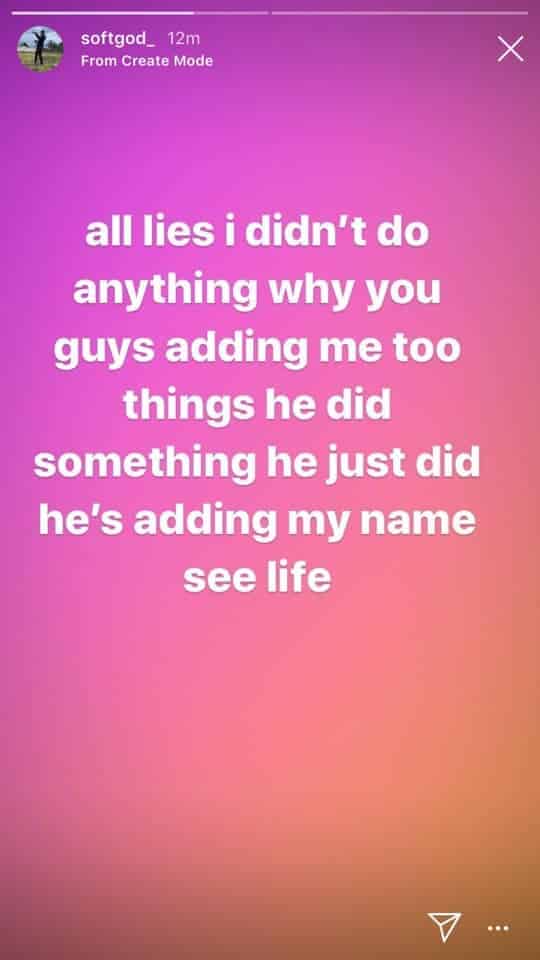 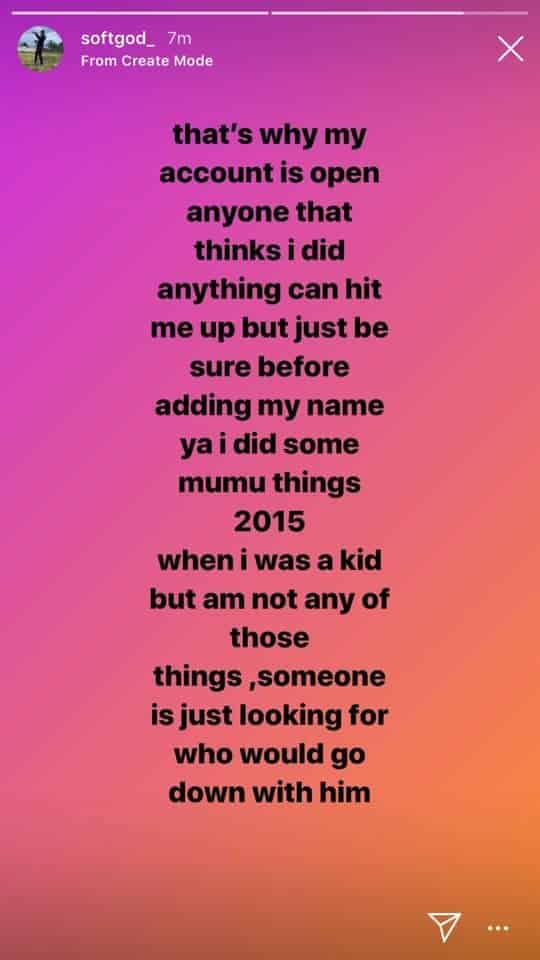