A Nigerian lady named Louisa on Twitter who called Ramsey Nouah for using her logo in his movie without paying for it, has served a new update after her post went viral on social media.

In her new tweet, the graphic designer stated that she was not in direct contact with Ramsey Nouah or the crew which made her to use social media to address the issue.

Louisa went on to explain that she has been compensated and she also thanked Kate Henshaw for making sure her case was heard. 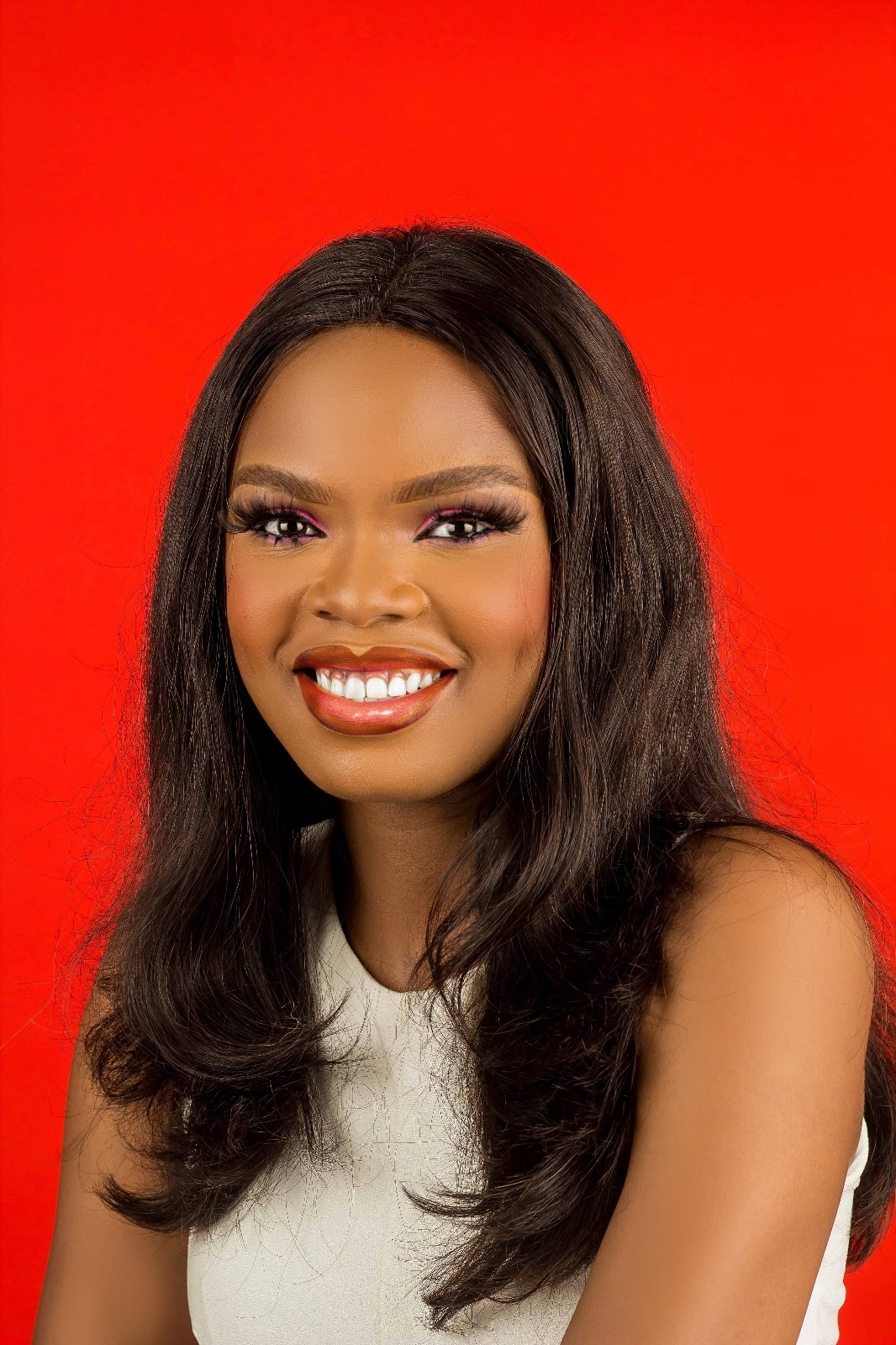 “UPDATE Twitter, I made that thread not to indict anybody but to sensitize about the issue and I am grateful that everyone was supportive to me. I didn’t have a direct contact to Ramsey or the crew that is why I used social media. You can see I even tagged the wrong handle.

My noise together with your Retweets got them to know and they have contacted me. They didn’t know but now they do and have acted accordingly. I have been compensated. I am still proud to have worked on the movie and hope for future possibilities.

Thank you so much to everyone who have helped me with this. Thank you @HenshawKate I really don’t know everyone’s handles but I am utterly grateful.” 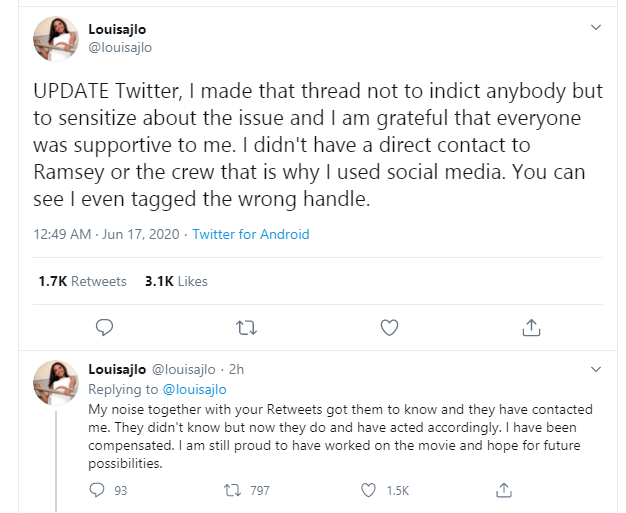 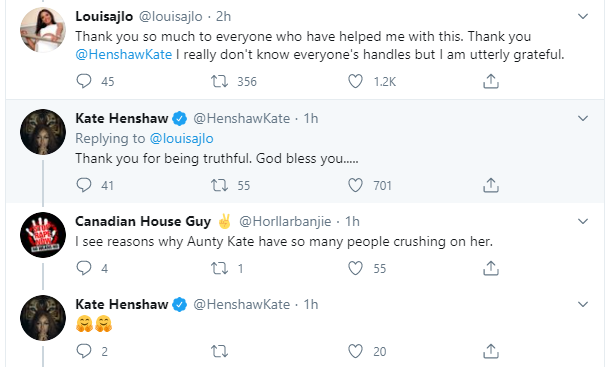