Abia politician explains – ‘Rape is evil, but it never happens to a decent soul’

Abia politician explains – ‘Rape is evil, but it never happens to a decent soul’

An Abia politician known as Okey Ezeala has been pulled on social media after he gave his opinion on rape.

The politician who contested for a seat in Abia State House of Assembly on the platform of the All Progressives Congress (APC) in the 2019 election, stated that a descent soul can never be a victim of rape.

“Rape is evil, but it never happens to a decent soul – every victim played a role” 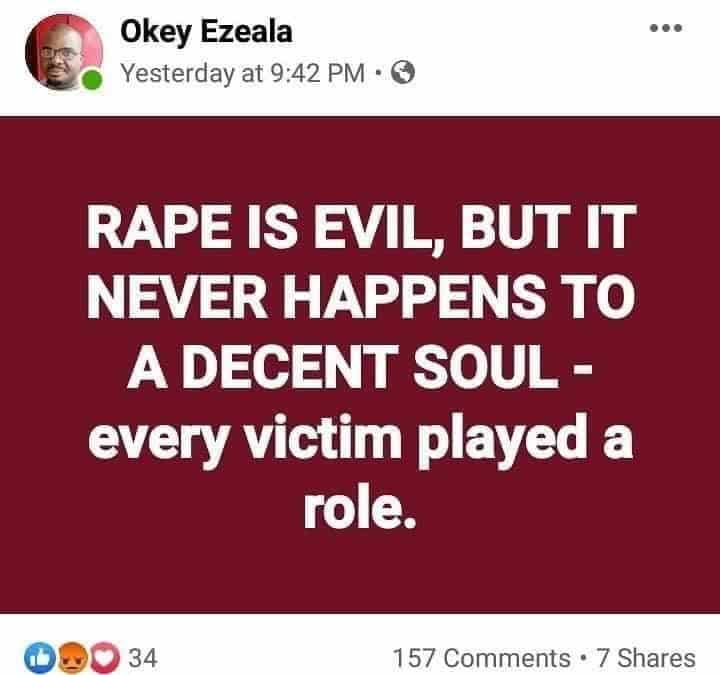 However, many people took to the comment section of his post to accuse him of justifying rape and referring rape victims are indecent. 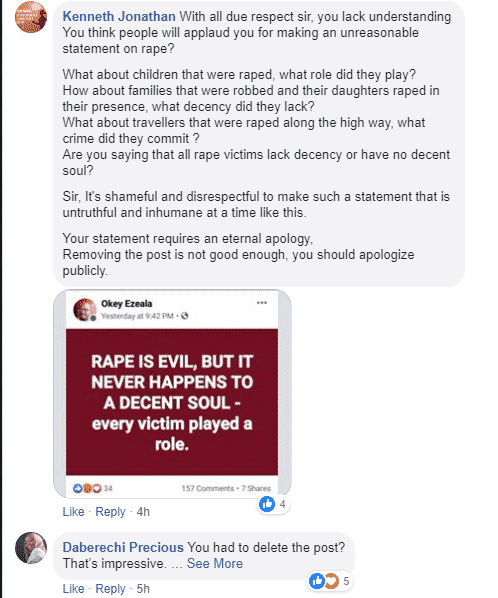 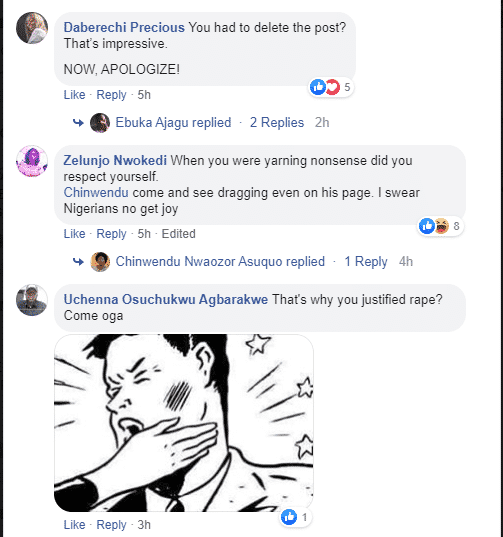 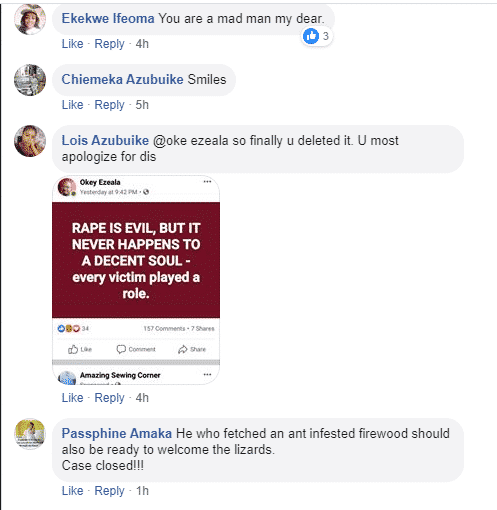 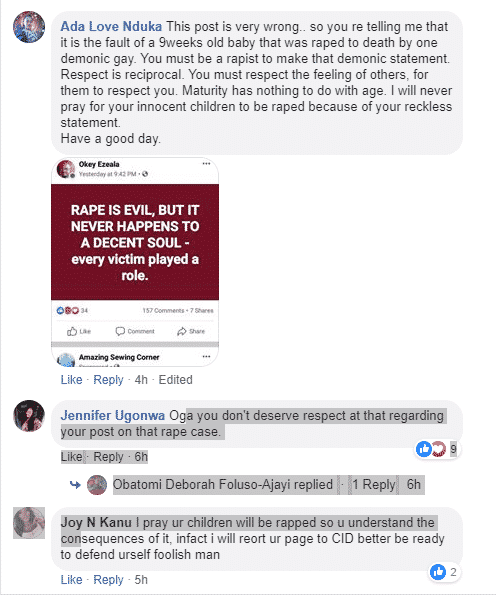