The Nigeria Air Force authority reported it has arrested its officers who mercilessly flogged curfew violators in Ilesha, Osun state.

This was disclosed to the general public in an official statement released by the Nigeria Air Force on Wednesday October 28.

The video which went viral yesterday, October 27, captured moment some curfew defaulters were forced to lie inside muddy water while being flogged by the Air Force officers. 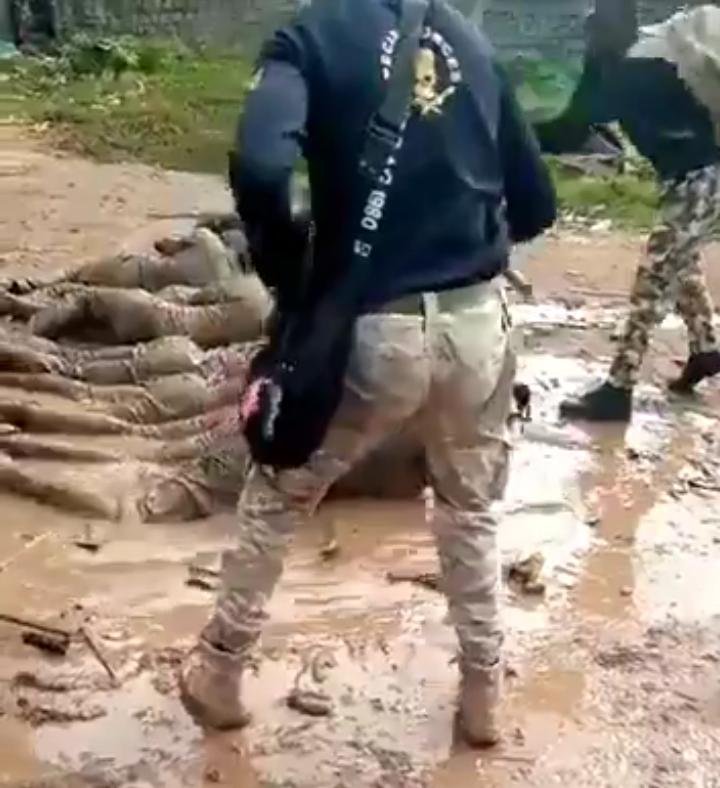 The Nigeria Air Force also revealed that an investigation has commenced to determine their level of culpability.

The statement read, “The attention of Nigeria Air Force has been drawn to a video showing some personnel flogging/meting out corporal punishment on suspected hoodlums involved in criminal activities during the imposed curfew in Ilesha.

We wish to inform the general public that Nigeria Air Force has identified all the personnel involved in the incident & placed them on close arrest, while investigation to determine their level culpability has commenced, after which appropriate disciplinary action will be taken.

Nigeria Air Force as a professional & disciplined force, does not condone such irresponsible acts & has zero tolerance for human rights violations, in whatever guise, even against suspected criminals; as all suspects are presumed innocent until proven guilty by a court of law.

The acts depicted in the video are at variance with our core values, as we place high premium on the rights of citizens. We wish to reassure that our personnel have been directed on professional conduct to ensure security, whilst remaining accountable to the Nigerian people.”

Plug out the visual now;