that delivers the latest headlines to you. 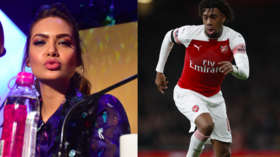 Gupta, 33, has been heavily criticized for posting a screengrab of a WhatsApp conversation to her 3.4m Instagram followers in which Iwobi was described as “gorilla-faced” and that he “didn’t change from Neanderthal to man“, in a post which has since been deleted following Arsenal’s 3-1 defeat to Manchester United last week.

The actress has since claimed that she didn’t realize that the comments were racist and has apologized in a series of social media messages, though irate football fans are demanding that Arsenal take action by ending their relationship with her. 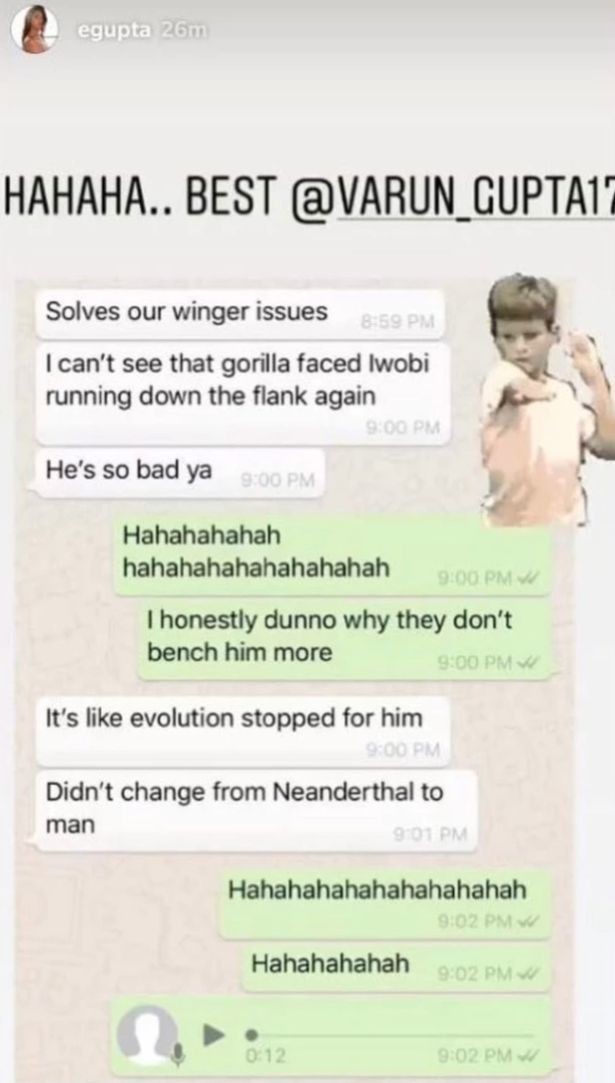 Gupta apologized for the post in a series of Twitter messages on Sunday, first saying that she is sorry if “people thought it was racist” which prompted further backlash for what some people saw as a non-apology.

She clarified her apology in an additional post, saying that she “didn’t realize it directed towards racism” adding that she has also been a victim of racism in the past.

However, the apology appears to have further antagonized many supporters with one saying that she is showing contrition just because she has been called out for her actions, adding that she is ‘blocking’ many Twitter users who have been vocally critical of her actions.

Guys m sorry you thought it was racist. Was bad on my part, being a sports lover. Wallah never meant it. Sorry guys forgive the stupidity.