BBNaija:Twitter reacts as Kiddwaya picks Erica as the girl he likes and kisses her for 30 seconds only days after he and Wathoni kissed

BBNaija: Twitter reacts as Kiddwaya picks Erica as the girl he likes and kisses her for 30 seconds only days after he and Wathoni kissed

Kiddwaya is making a name for himself as the Big Brother Naija Lockdown resident playboy.

Only days ago, he promised to buy Nengi a diamond ring from London and source the diamond from Botswana, after telling Erica he will take her to London. He also told Wathoni they would have a baby together named Lila. It is also believed that he kissed Tolani briefly when they hugged but that’s still up for debate.

Then, over the weekend Kiddwaya and Wathoni shared a kiss after joining other housemates to play a game of truth or dare.

Wathoni was dared to kiss Trickytee for 20 seconds but she chose to replace him with either Prince or Kiddwaya. She ended up kissing Kiddwaya for 20 seconds.

On Monday night, July 27, during a game of Spin the bottle, Trickytee asked Kiddwaya to choose a girl he would like to date in the house and kiss her.

He didn’t go to Wathoni who chose him only days ago, instead, he chose Erica and kissed her for 30 seconds.

Twitter users had a field day analyzing Wathoni’s expression during the kiss.

See some Twitter reactions to Kiddwaya and Erica’s kiss which lasted for 30 seconds. 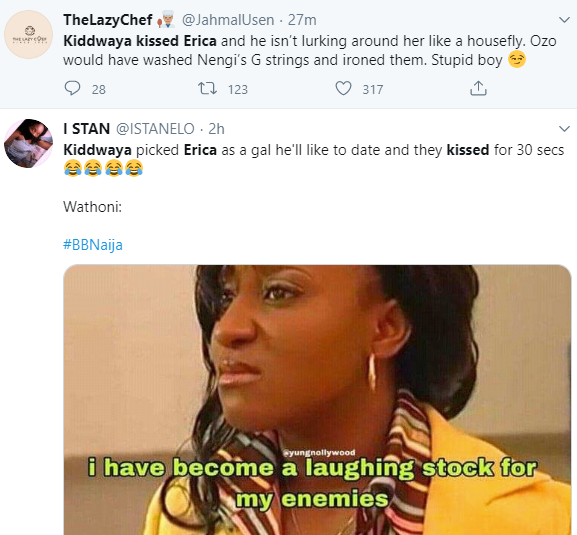 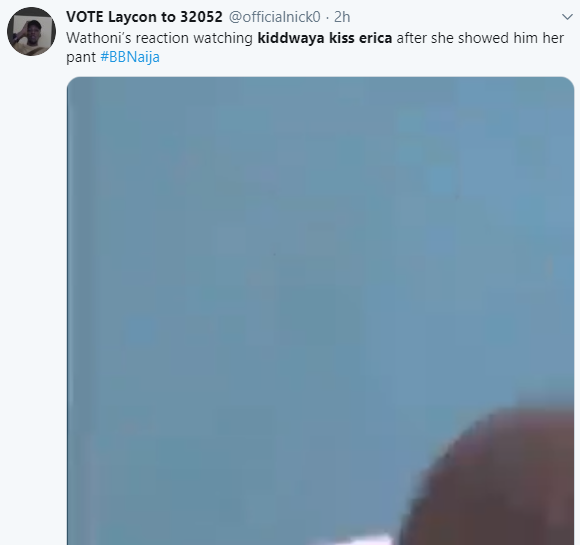 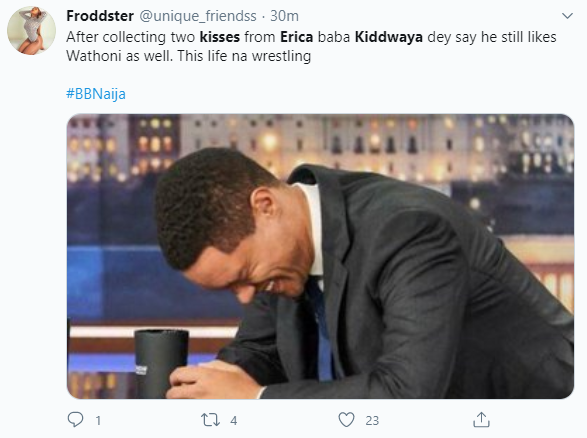 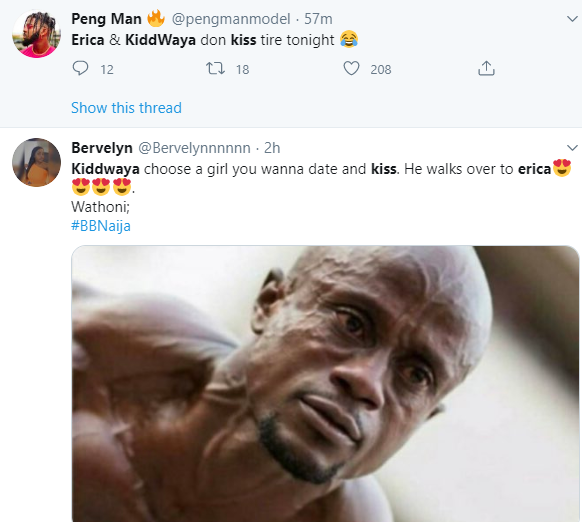 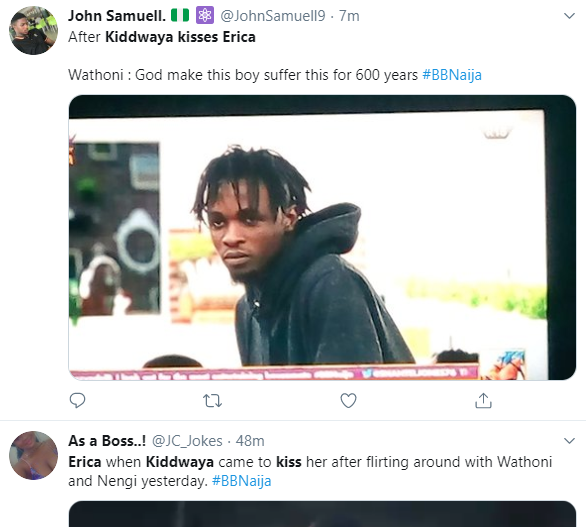 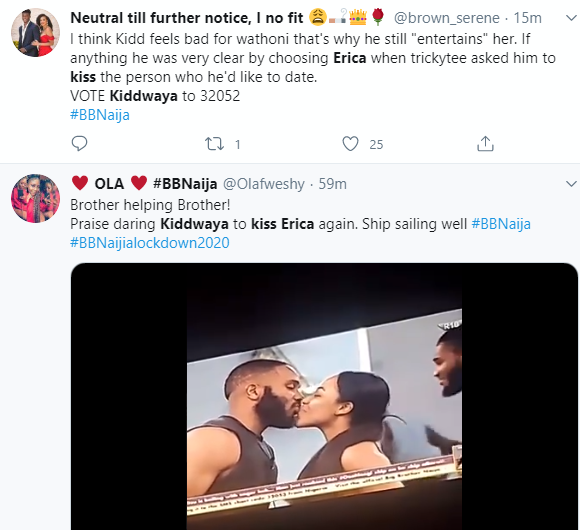 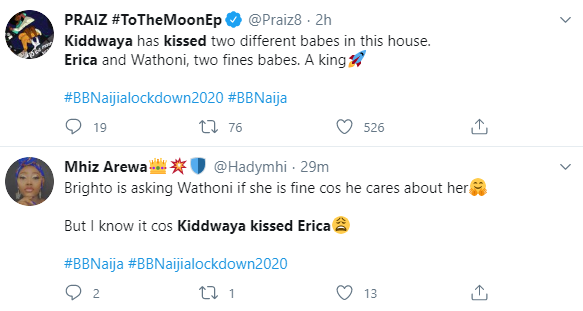 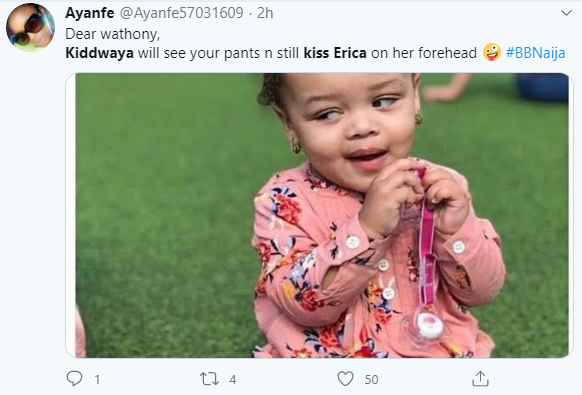 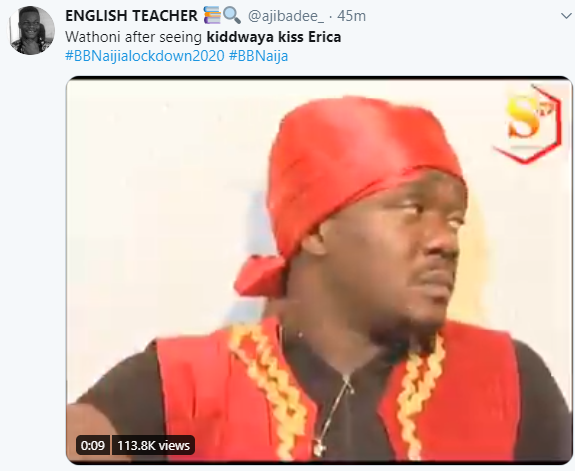 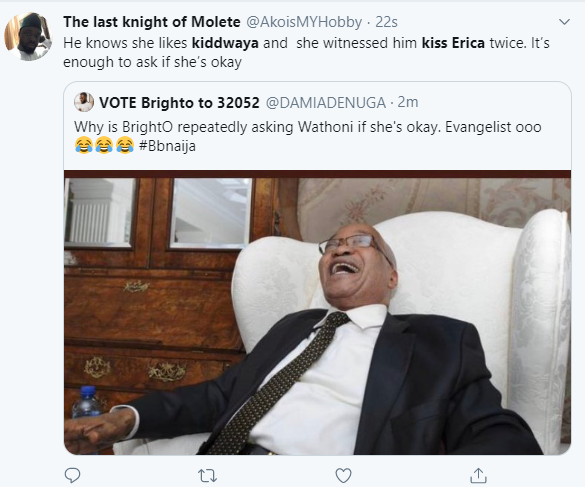 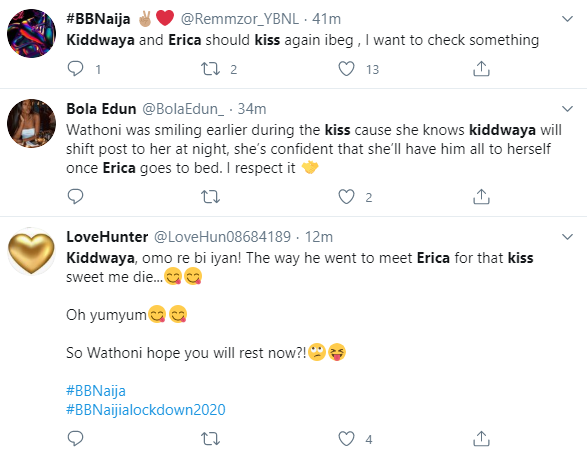 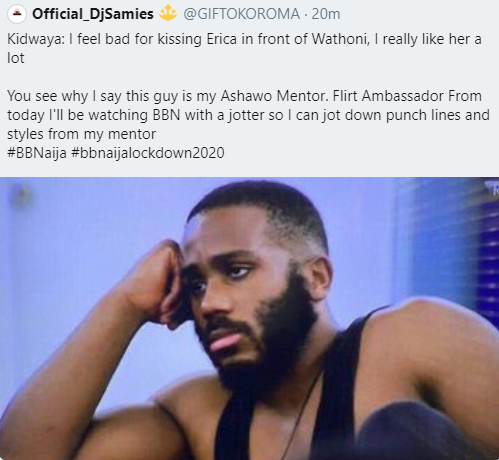 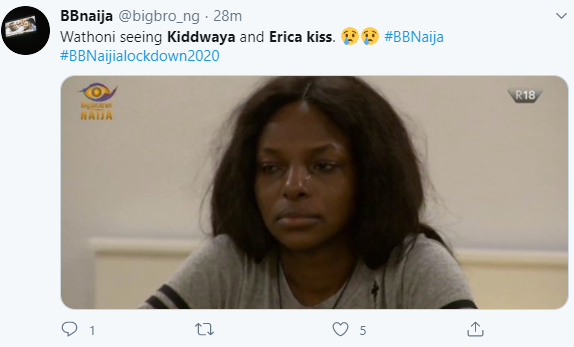 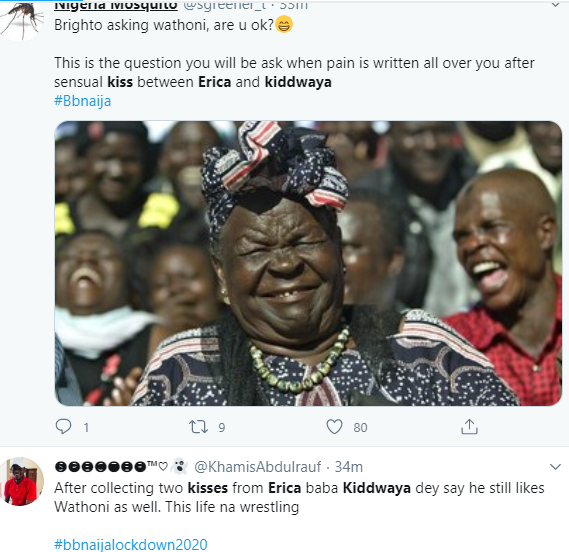 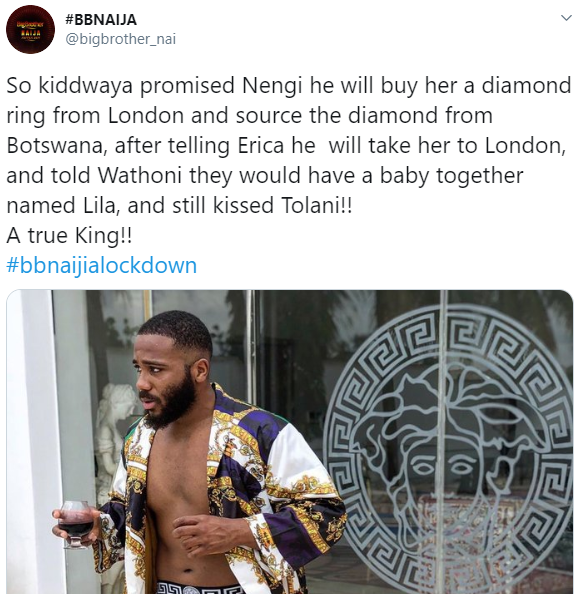