Relationship blogger, Blessing Okoro has approached her critics who won’t stop judging her for the Onye Eze incident.

Remember a while ago, the CEO of Make or Breakup had received massive embarrassment after a ‘fake it till you make it’ stunt failed woefully. She had uploaded a photo of a house she claimed was hers but the real owner showed up and exposed her.

It all started after singer , Mr 2Kay  mocked her yesterday after she shared a post.

2Kay wrote: “No be this girl wey use the stone them throw her take build mansion?”

A number of other people dragged Blessing on social media as they remind her of how she claimed Onye Eze’s house as hers.

Blessing Okoro has now replied her critics by sharing a photo of her in a t-shirt with her finger pointed to the words on the t-shirt.

The words say: “Na lie I lie I no kill person.” 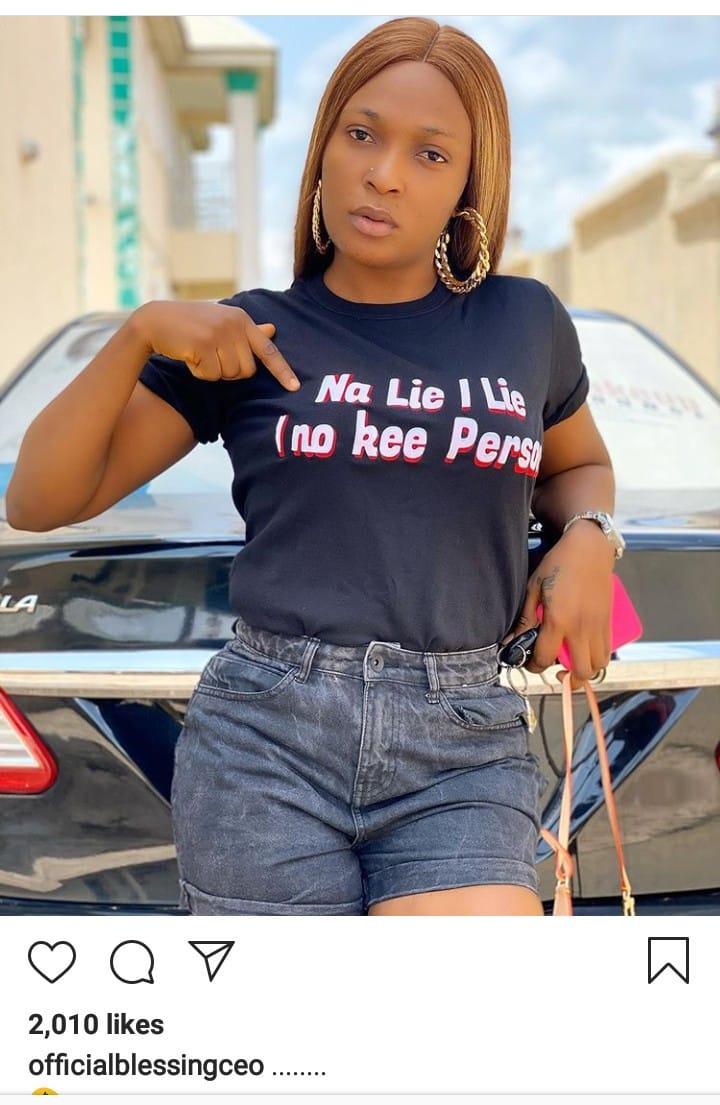