Bobrisky To Undergo Transgender Surgery To Become A Woman

Bobrisky To Undergo Transgender Surgery To Become A Woman

Famous Nigerian cross-dresser, Okuneye Idris Olanrewaju also known as Bobrisky, has revealed that he is set to undergo transgender surgery to become a woman. 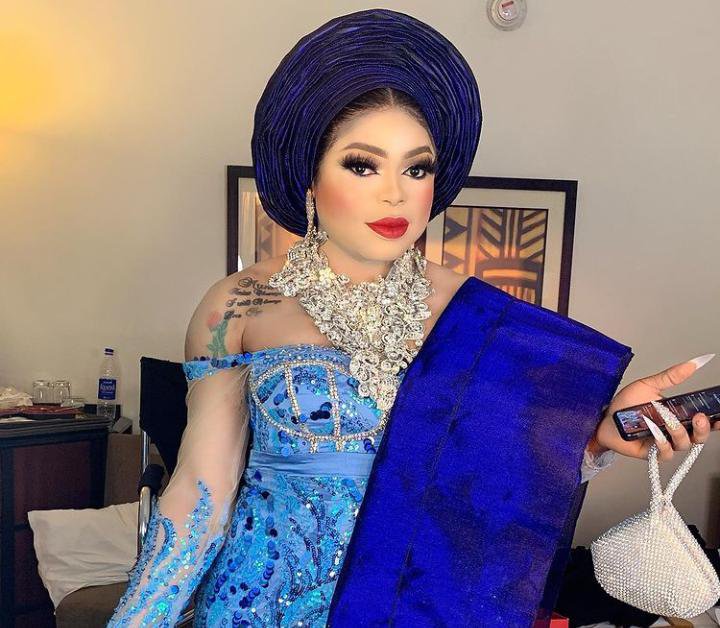 Bobrisky made this known in a social media post he made via his Instagram page on Saturday morning, December 26.

According to him, a certain Doctor Philip from Colombia would be performing the surgery on him at an estimated cost of $300,000 (over N100million). 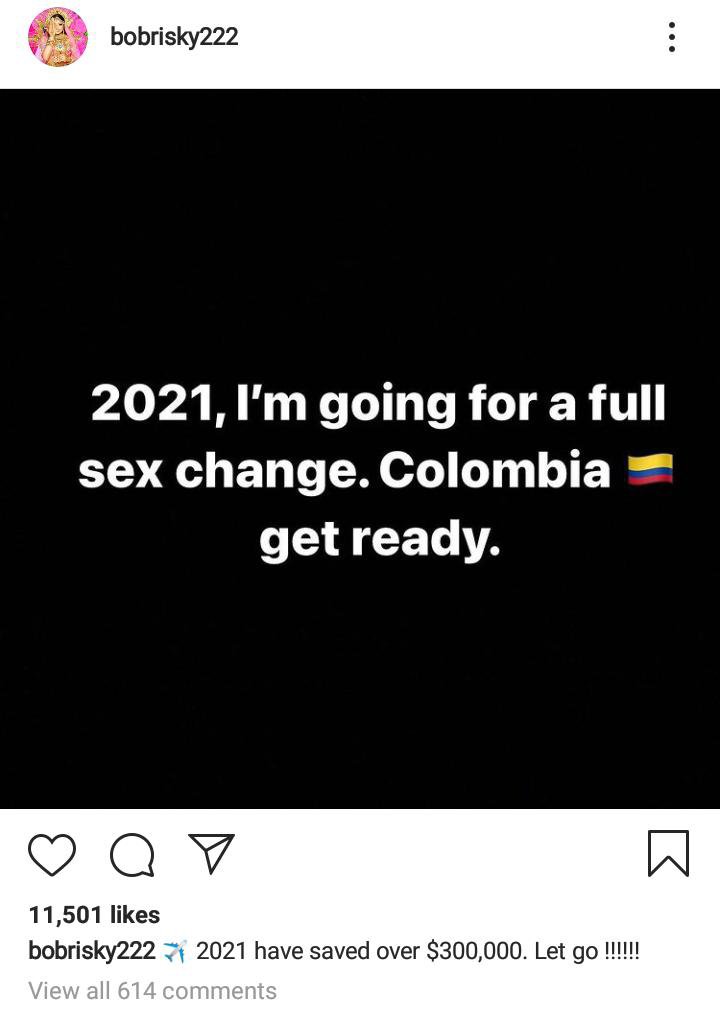 Sharing a before and after photo collage of a man who transformed into a woman, Bobrisky wrote, “If she didn’t die during her gender change, trust me I won’t die. God forbid if I did no problem, I’m happy I did what makes me happy. Period !!!!!.

“Have always loved to be a woman from child birth. Now that I have plenty money

, let my wish come to pass. Colombia here I come. Doctor Philip is about to give some wet pu***y” 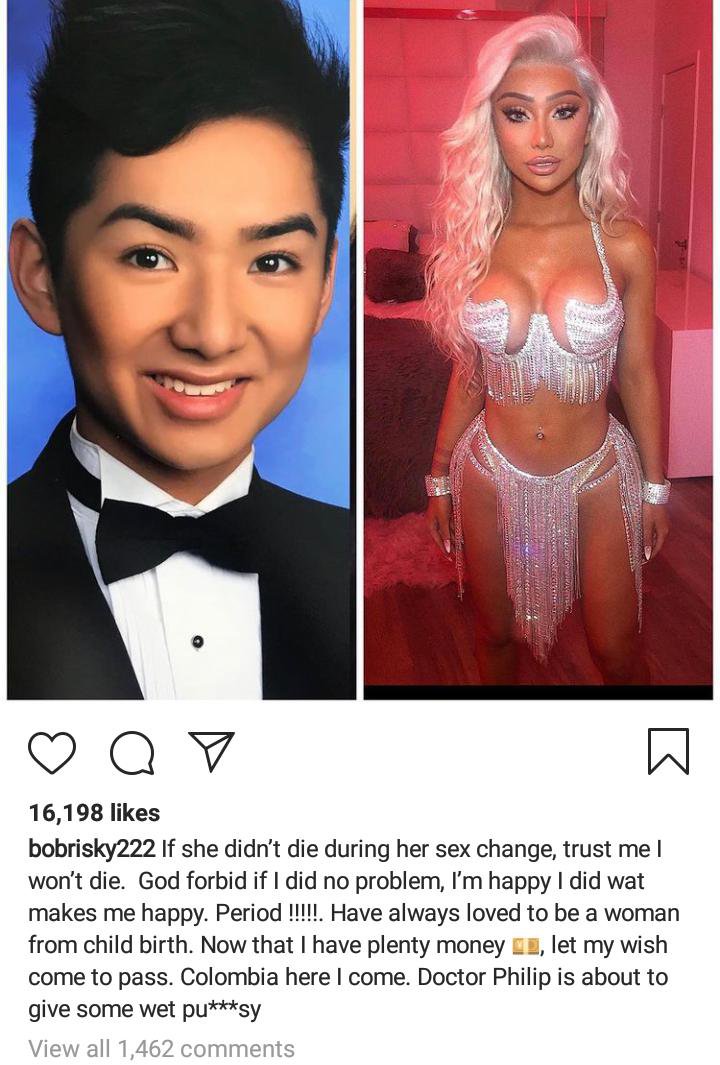 In a follow up post, Bobrisky regretted spending almost 25 years of his life as a man without achieving anything even as a graduate of Accounting from UNILAG.

According to him, he only started experiencing financial breakthrough in his life after he chose the path of becoming a cross-dresser. 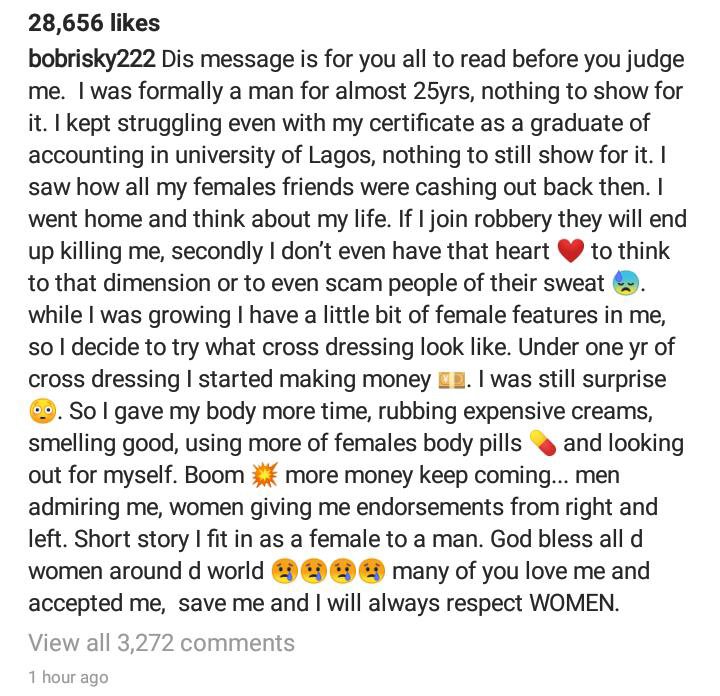