BrightO has been evicted from the Big Brother Naija lockdown house. In a surprise eviction, Ebuka announced him as the third housemate to be evicted during the live show.

During his interview, BrightO said he was shocked about his sudden eviction. He said he believes his eviction might have something to do with his relationship with Wathoni who was also evicted tonight.

See the histogram of how the viewers voted for the nominated housemates. 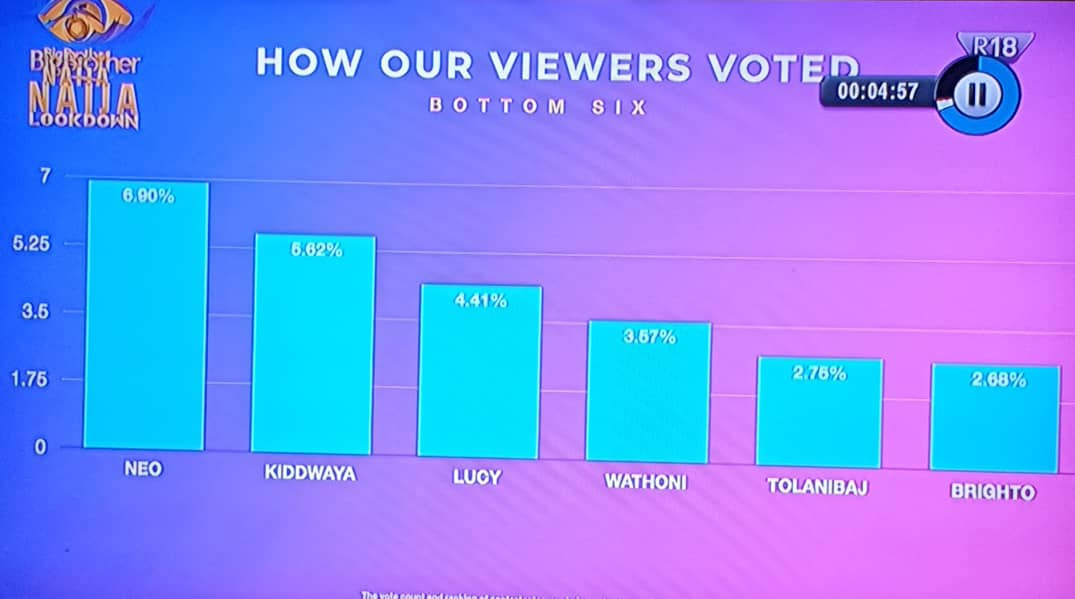 LIRS has a message for BBNaija 2020 winner, Laycon, about his tax

BBNaija: Prince rejects Gofundme account set up for him by his fans after his eviction