Cardi B has responded after men called her out for not “practicing what she preaches.”

The rapper had told women that if their men give them flowers only on Valentine’s day, they should give the men grass in return.

Well, some felt Cardi was advising people wrongly while not following her own advice. They told her she gifted her man, Offset, a Lamborghini yet is asking women not to spend so much on their men.

She has now responded.

She tweeted: “Ok so due to my Vday tweet men came on my twitter roasting me sayin “but you bought your man a lambo but remember…I got 550K ring on my left hand ,400k ring on my right ,Thousands of dollars In Birkins ,soo much jewelry, a lambo truck and rollsRoyce truck ..so we even in gifts.” 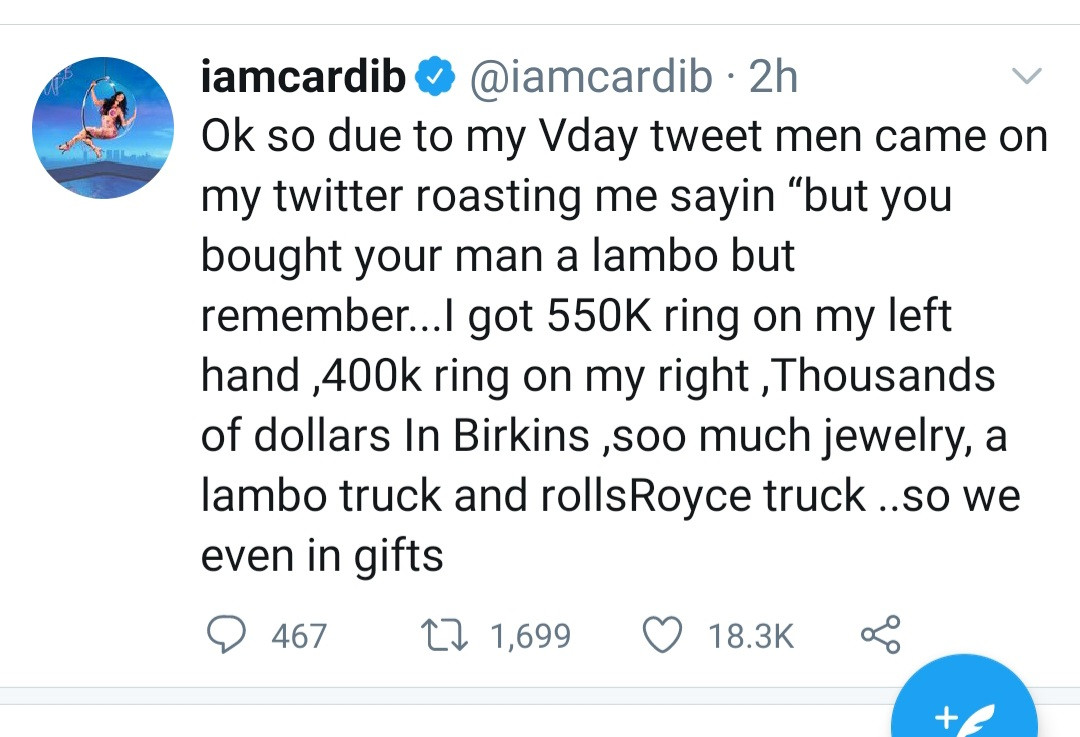 She also shared other tweets on the matter. 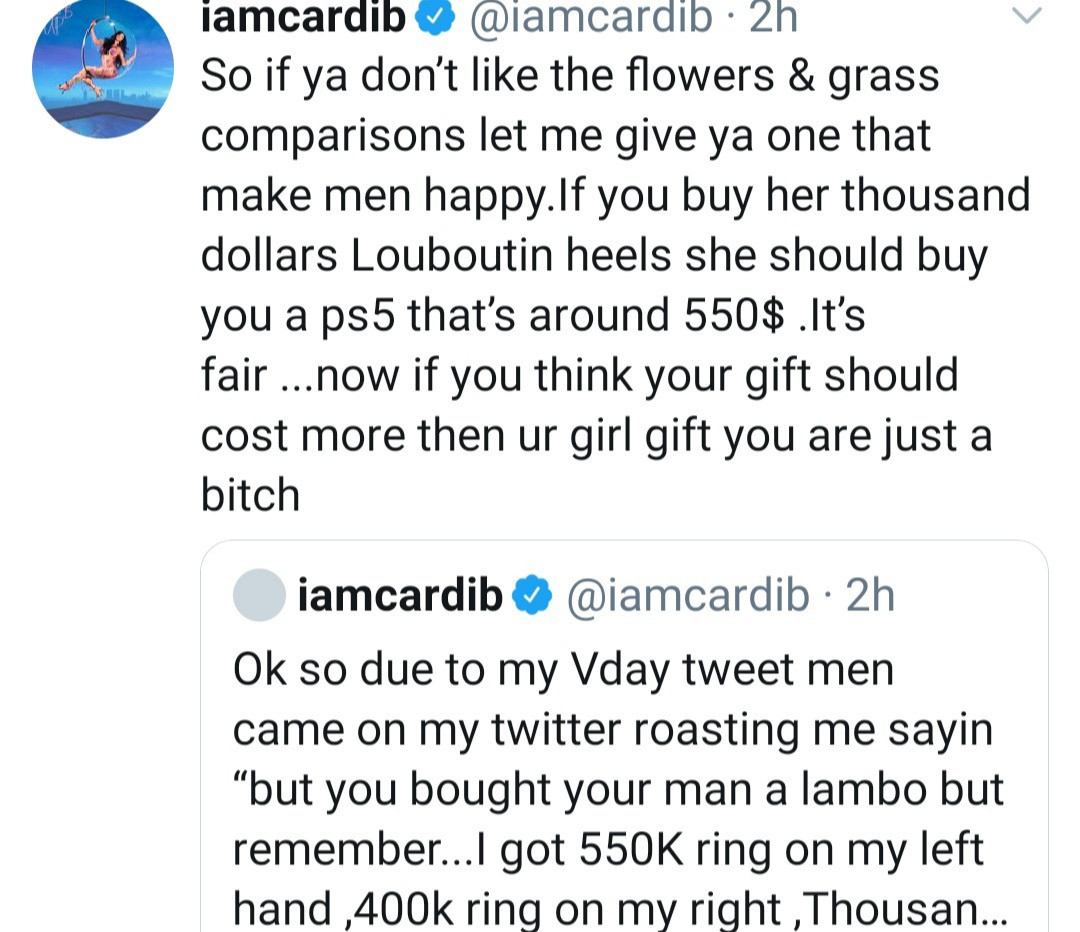 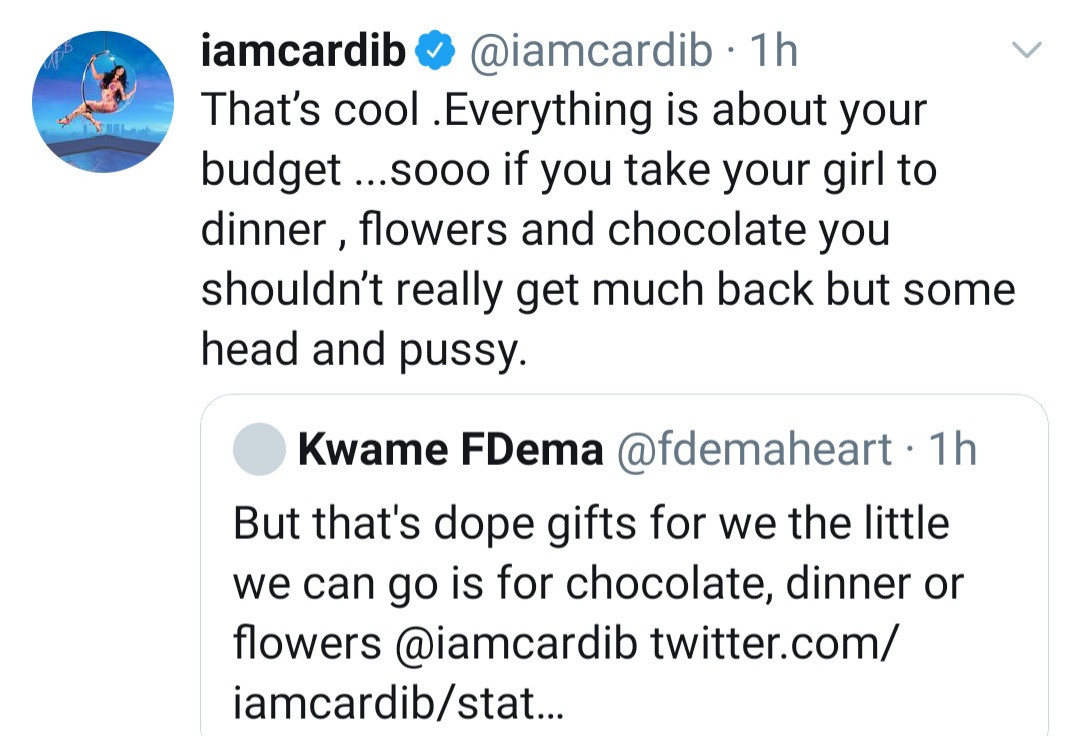 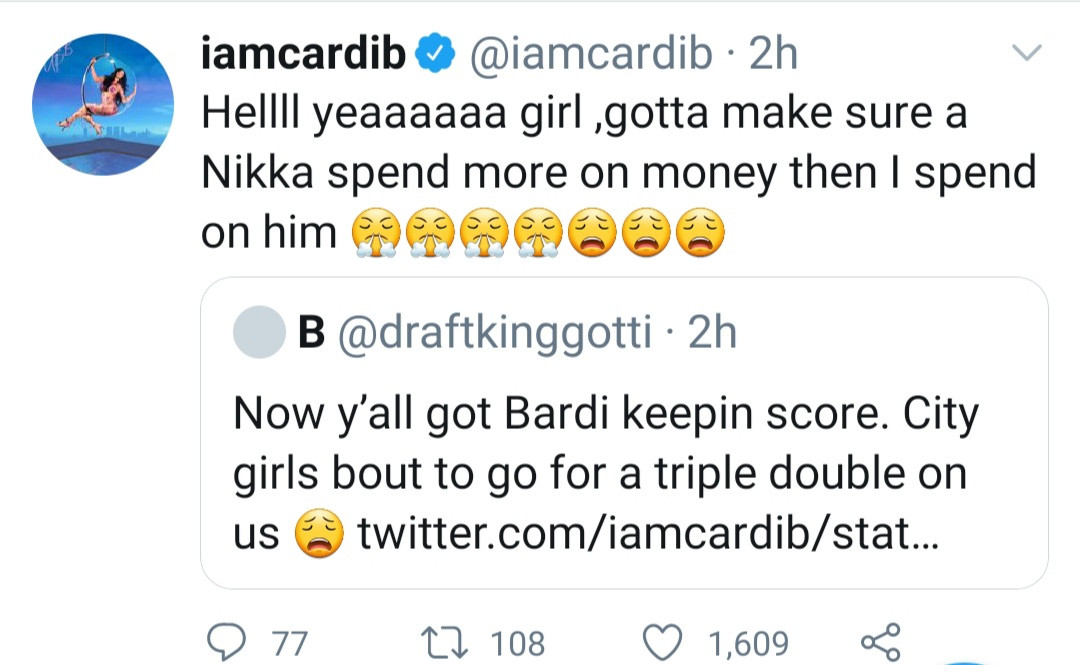