Davido’s fiancee, Chioma has revealed the time she actually got pregnant with her newborn son.

Recall that Chioma and her man, Davido welcomed their son, Ifeanyi Adeleke a couple of weeks ago in London.

Chioma had shared a video of herself having fun with Davido when an IG user took to the comment section to state that, that was when she got pregnant with their son. 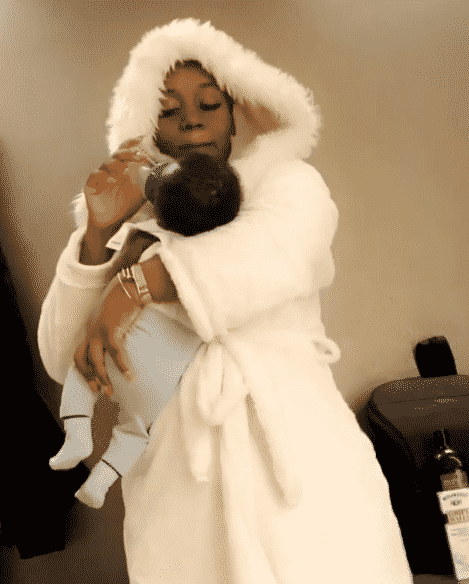 Chioma, however, replied saying the exact time she took in.

See the exchange below;

Adorable video of Davido praying for his son at his christening