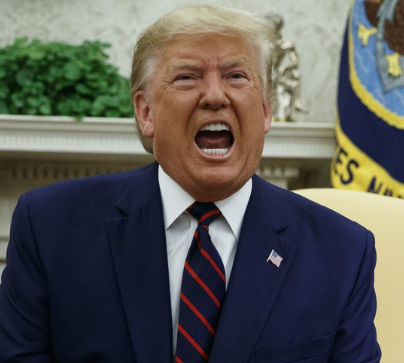 Leading Christian magazine founded by late evangelist Billy Graham (father of key presidential supporter Franklin Graham) published an editorial on Thursday, December 19th calling for President Donald Trump to be removed from office and urging evangelicals not to support him.

“Whether Mr. Trump should be removed from office by the Senate or by popular vote next election that is a matter of prudential judgment. That he should be removed, we believe, is not a matter of partisan loyalties but loyalty to the Creator of the Ten Commandments” Christianity Today’s editor in chief, Mark Galli, wrote in the op-ed.

“None of the president’s positives can balance the moral and political danger we face under a leader of such grossly immoral character,” he added.

The publication, an influential one among evangelicals, has criticized Trump before on immigration and other issues, but never before called for his removal. The op-ed shows potential reasoning for dissent among a key faction of the Republican coalition as Trump prepares for a potential Senate trial following his impeachment by the House of Representatives Wednesday night.

“To the many evangelicals who continue to support Mr. Trump in spite of his blackened moral record, we might say this: Remember who you are and whom you serve.

Consider how your justification of Mr. Trump influences your witness to your Lord and Savior. Consider what an unbelieving world will say if you continue to brush off Mr. Trump’s immoral words and behavior in the cause of political expediency” Galli wrote.

President Trump, however, dismissed the criticism today, calling the publication a “far left magazine” and drawing a contrast between himself and the Democrats seeking the 2020 presidential nomination.