Speed Darlington who shared a collage of his similar outfit Paul Okoye wore, stated that the singer “copying him might boost his slow career”. He added that while Paul might think he wouldn’t mind because they speak same language, he should also know that he talks a lot. 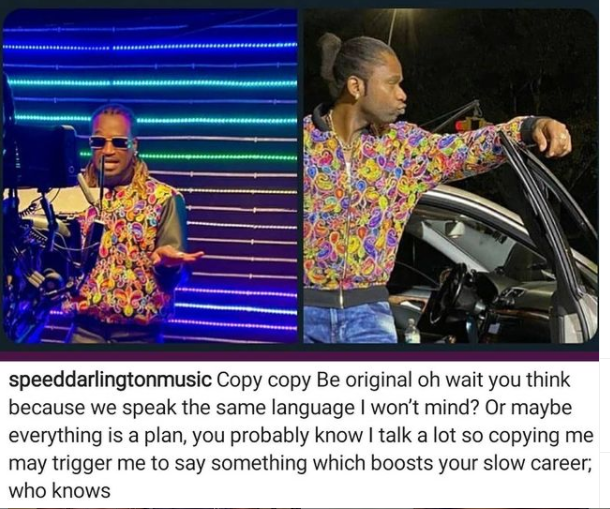