A man was forced to keep paying child maintenance even after his ex-partner admitted that he was not the biological father of their 14-year-old daughter.

After her confession in October 2019, the Child Maintenance Service (CMS) sent a letter to the man, confirming that he was not the biological father of the girl but they said the man still had to pay £2,000 arrears before the matter could be fully closed.

They calculated a payment of £36.40 per month to pay off the arrears, despite acknowledging that he “is not the parent of this child”. 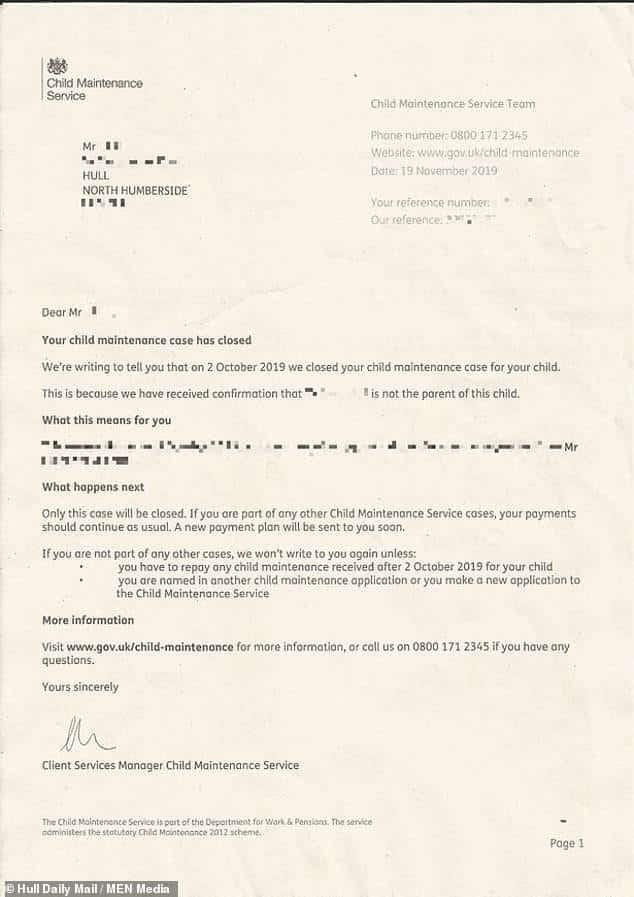 Speaking to Hull Live, the devastated man said: ‘As someone who is currently paying for a child that the CMS have confirmed is not mine, I think it is very important to highlight how they get away with what is effectively breaking the law.

‘At the end of last year, my ex told me my daughter was not mine, which considering she was 14 years old at the time came as a bit of a shock.

‘I was obviously devastated, especially as I am a father of two disabled boys who I care for full time.

‘I have literally given my ex tens of thousands over the last 14 years that could have been spent on them, although I am more upset because I loved my ‘daughter’ with all my heart and did my best for her.

‘I asked how that works because the child is not mine and they had confirmed that. So here I am paying arrears I do not owe, for a child that is not mine. 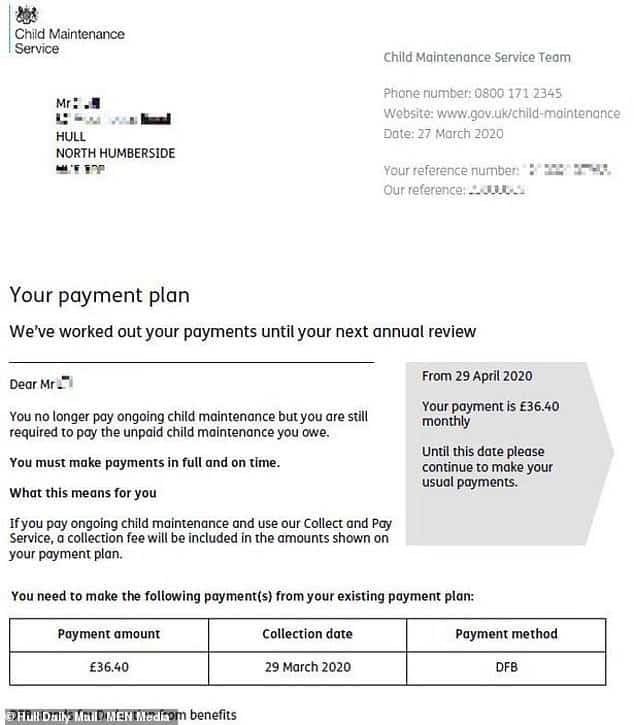 Despite series of arguments over the payments, he said the CMS stood firm on their decision.

On how they handled his case, he added: “It is a farce and the CMS should be ashamed.”

Hull West and Hessle MP, Emma Hardy urged the Department for Work and Pensions (DWP) to “urgently review” the case. She said the case should have been resolved without the input of an MP and a journalist.

After the Hull Daily Mail publicised the bizarre decision, the CMS agreed to wipe the man’s arrears.

A spokeswoman for the CMS told Hull Live: ‘Following further information, we have reviewed the case and will be in contact with him as soon as possible to discuss our decision.

‘Arrears were incurred before the case was closed in October 2019. ‘Following our review of the case, we have decided that Mr [name] does not have to pay arrears.’

Medical practitioner simulates his demise to test his close circle, and shares the outcome

Lady marries Twitter user, a year after he sent her a DM with a faceless profile