Davido & Chioma Pictured Together While Chilling With Their Son, Ifeanyi (See Photo)

By now I know all haters who wanted Davido and his fiancee, Chioma to divorce have been adequately disgraced.

Weeks after Davido’s brother, Adewale Adeleke, revealed that his relationship with Chioma is still intact, his lawyer, Bobo F. Ajudua has confirmed that they are actually still waxing strong.

It could be recalled that three weeks ago, there were rumours that the couple broke up, after news of Davido’s alleged 4th baby mama hit the internet.

There were also allegations that the singer was beating Chioma, which she denied in a lengthy Instagram post.

Bobo has now debunked the rumours with an adorable moment between Davido and Chioma chilling with their son, Ifeanyi.

Davido and Chioma got engaged and had their introduction in September 2019, they welcomed their son Ifeanyi in October 2019.

Ifeanyi is Davido’s 3rd child, he has two daughters with his baby mamas, Sophia and Amanda. 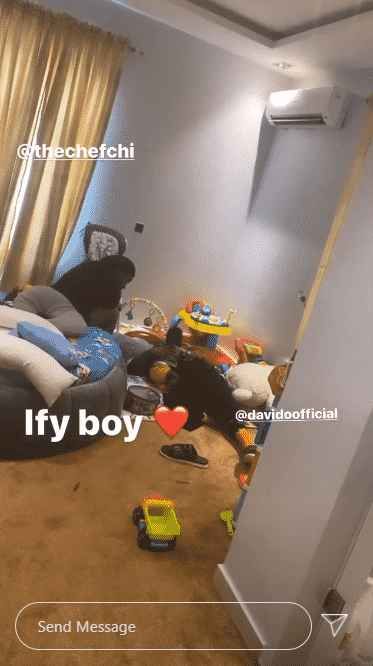