Famous Nigerian disc jockey and fast-rising musician, DJ Cuppy has said her ex-boyfriend will suffer a heart meltdown when he hears her album.

She recently signed a music recording and distribution deal with Platoon, a London based entertainment company reportedly owned by Apple Music.

Miss Cuppy has now taken to her Twitter page today July 11 to authoritatively state that she has a strong conviction her ex-boyfriend will definitely suffer a MELTDOWN when he hears her album dropping soon. 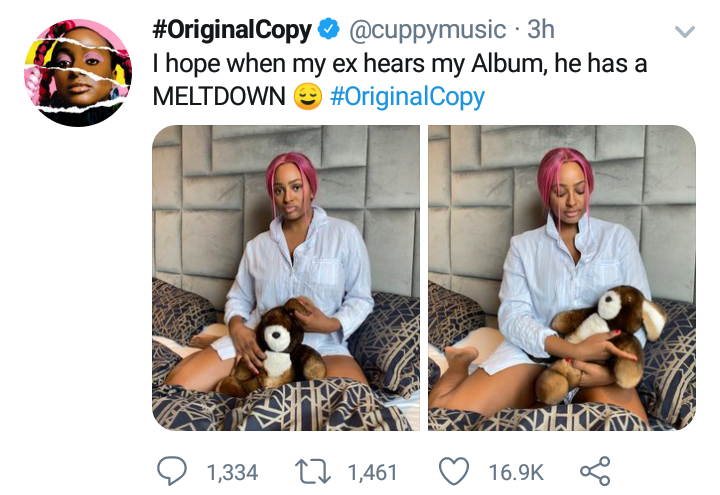 Some Nigerians have taken to the reply section of her post to ask her to move one.

Lots of followers especially her male fans stared why she hasn’t moved on from her past relationship as she keeps talking about her ex always.

Plug Some Of The Comments Below; 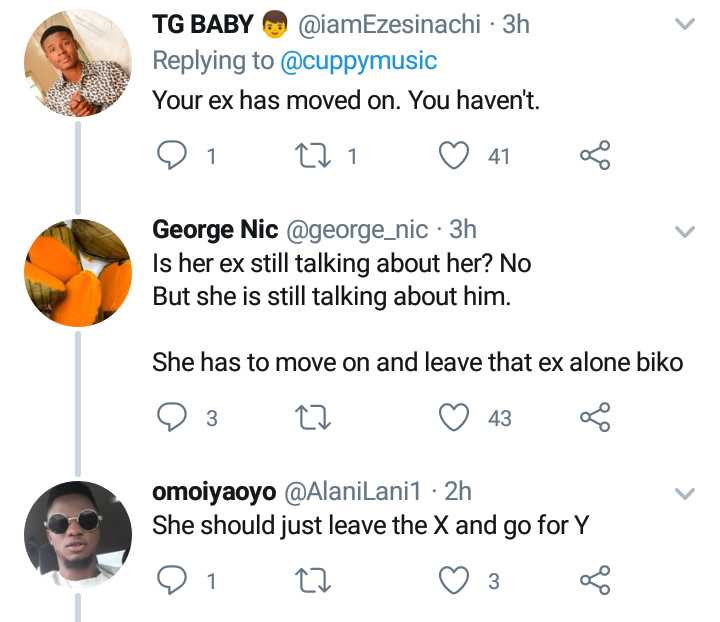