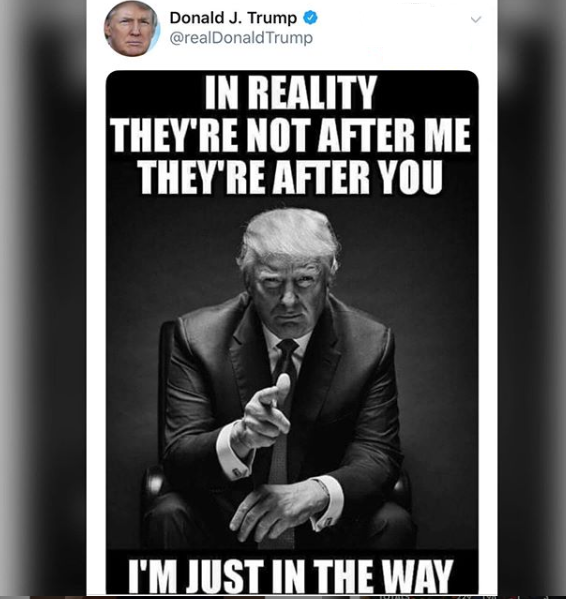 Donald Trump has reacted to the news of his impeachment by the House of Representatives.

On Wednesday night, the United States House of Representatives voted largely to impeach President Donald Trump for obstruction of Congress and abuse of power related to his dealings with Ukraine.

Two articles of impeachment were actually passed over his behavior in the Ukraine scandal, one for abuse of power and the other for obstruction of Congress.

The issue will now be pass to the Senate, where a trial will be carried out to determine whether to convict and remove Mr. Trump from the office next month.

Reacting to his impeachment on Twitter, Donald Trump shared a poster of himself with the inscription: ‘IN REALITY, THEY’RE NOT AFTER ME THEY’RE AFTER YOU, I’M JUST IN THE WAY.’