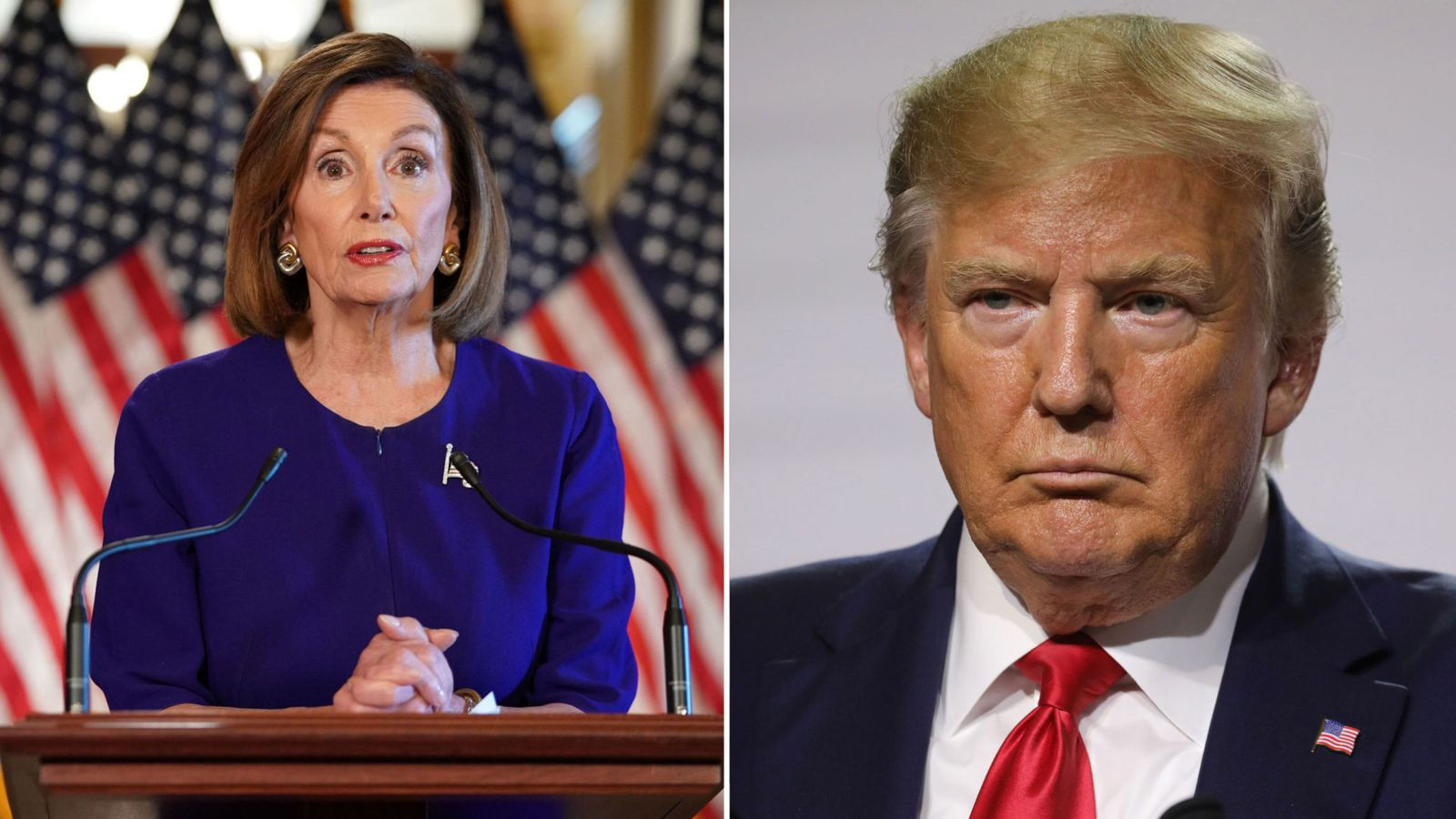 US president, Donald Trump has written a letter to the speaker of the US House of Representatives, Nancy Pelosi and it is very damning.

The letter which comes just hours before the House will vote on impeachment articles against the US President on Wednesday excoriated House Democrats and said he was as a victim of an attempted coup.

He accused Pelosi of portraying a “false display of solemnity” during the impeachment process.

“No intelligent person believes what you are saying,” Trump wrote in the letter sent on Tuesday, adding: “History will judge you harshly as you proceed with this impeachment charade.”

He called her “spiteful”, said she violated her own oath of office and offends Christians when she says ‘i pray for the president’, claiming she will ‘live with’ ‘what she is doing’

“You are offending Americans of faith by continually saying ‘I pray for the President,’ when you know this statement is not true, unless it is meant in a negative sense,” Trump writes in the letter. “It is a terrible thing you are doing, but you will have to live with it, not I!”

He also warned Pelosi and Democrats that Americans will never be fooled by their impeachment ‘hoax’ and that come 2020, Americans will remember what was done to him at the polls.

If and When Trump is impeached on Wednesday, he will become the third president in US history to be impeached by congress.

Plug the six page letter below…