The United Kingdom government has outlined the different actions it will take against electoral violence sponsors in the forthcoming governorship elections in Edo and Ondo States.

According to the British High Commissioner to Nigeria Catriona Laing, some of the actions to be taken against such people include restrictions on their eligibility to travel to the UK, restrictions on access to UK-based assets, or prosecution under international law just as it did after the 2019 elections.

Laing also revealed that she has held meetings with the leaders of the All Progressives Congress and the Peoples Democratic Party on the Saturday governorship election in Edo State.

It is expected that the British commission will deploy observation missions to both Edo and Ondo polls while supporting civil society-led observation.

“The UK takes a strong stand against election-related violence and just as we did in the general election in 2019, we will continue to take action against individuals we identify as being responsible for violence during elections. 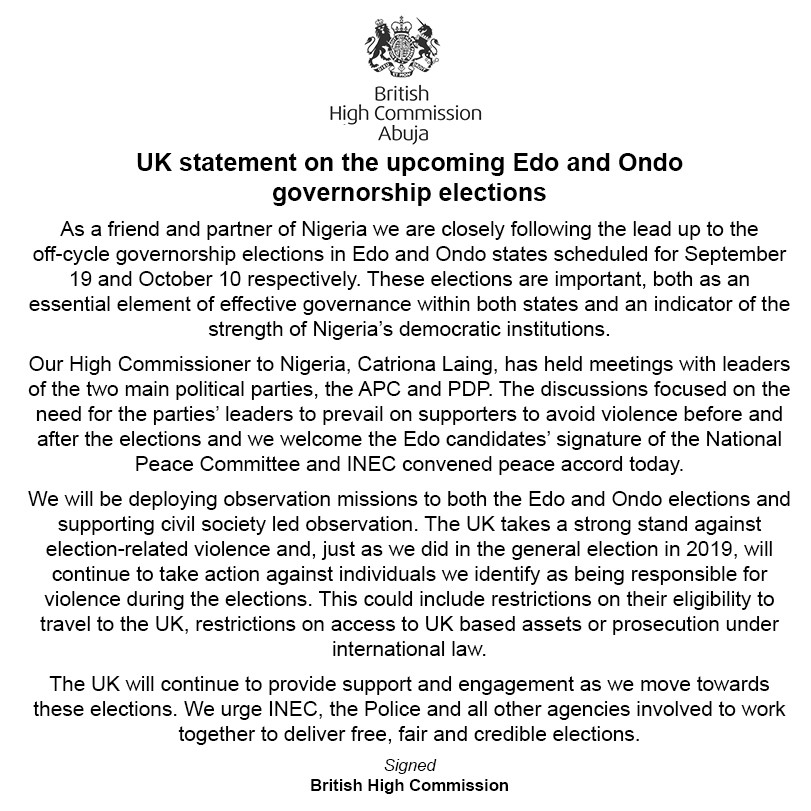