Sam Iwuajoku, the chairman/CEO of Execujet, the flight company that moved Naira Marley and ex-BBNaija housemate, Kim Oprah, to Abuja for a concert, has apologized after been rejected indefinitely.

According to Sam in the apology letter he addressed to Hadi Sirika, Minister of Aviation, he thought the jet was to fly the minister of works, Fashola Babatunde, who bears the same name as Naira Marley.

He tagged Naira Marley and other passengers on board “bunch of useless people”, also gave a photo of the flight manifest.

“When I went through the manifest and I saw Fashola Babatunde, I thought it was the honourable minister of works going to Abuja with his men, so we decided to do the flight since it was a serving minister of the federal republic of Nigeria, I didn’t know that it was a bunch of useless people.” 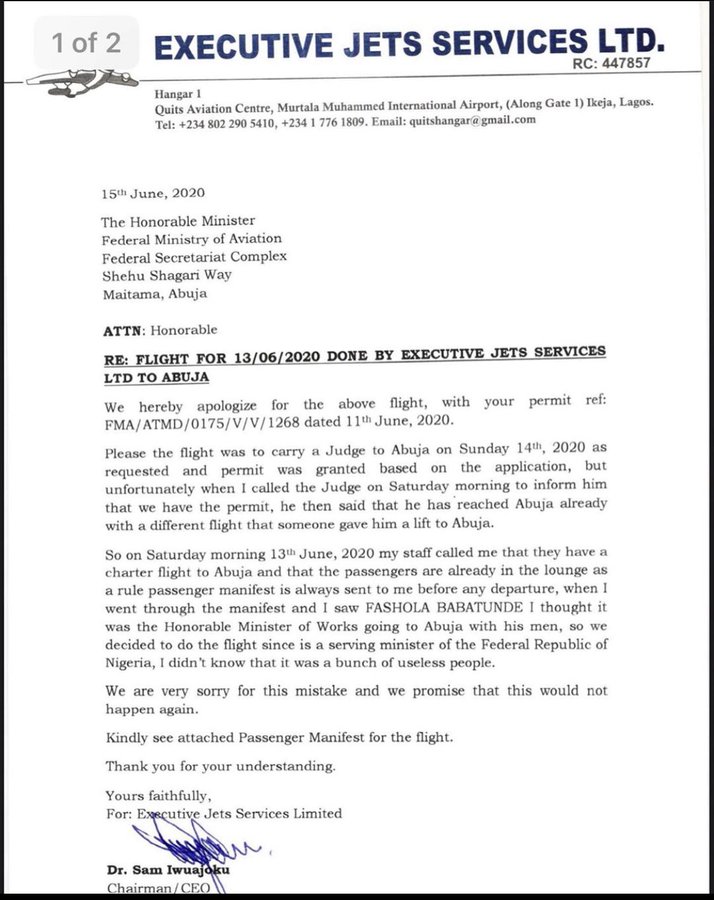