Female Student Murdered For Refusing To Be Raped In Ibadan

Female Student Murdered For Refusing To Be Raped In Ibadan

While the death of Miss Vera Uwaila, a UNIBEN student who was raped and killed in the RCCG church is still being reviewed, another female student recognized as Bello Mubarak has been stabbed to death in Oyo State after refusing to be raped.

According to one Tunji Olatunji who uploaded the story on his Facebook page, Miss Bello Mubarak was at the Institute Of Agriculture, Ibadan when some unidentified assailants stormed their home at Oluyole area of Ibadan and got her killed after she refused being raped.

“Now, these times are not funny. Bello Mubarak has fallen too. A student of IRA&T Oluyole, Ìbàdàn. I gathered their home was attacked yesterday afternoon by supposed robbers who tried to finish on a romp.

Mubarak resisted their attempt to rape her and she was stabbed to death. We hope and pray that the perpetrators of this evil will be fished out.” 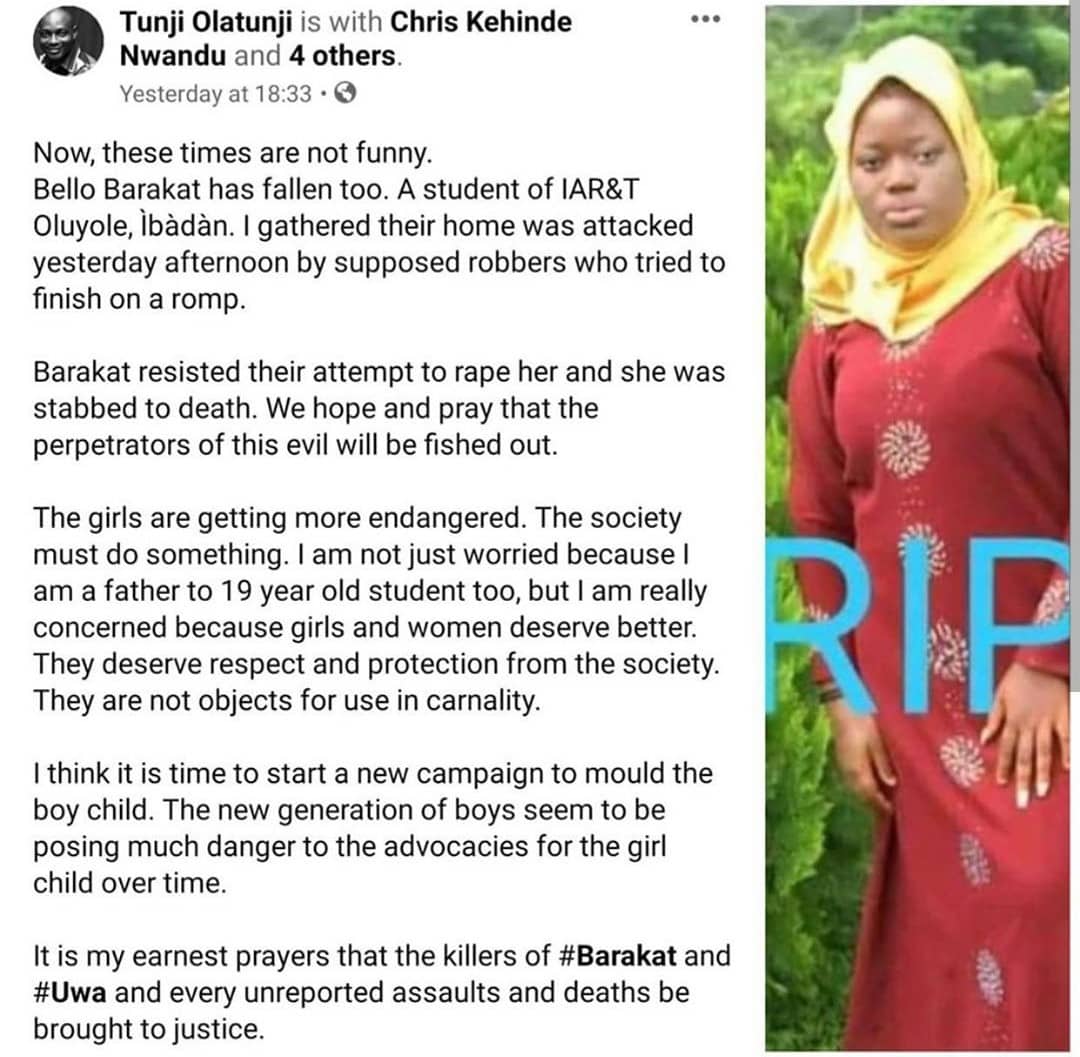