Yekini remains the Super Eagles highest goalscorer with 37 strikes from 58 games cementing his legacy as Nigeria’s greatest striker of all time.

21-year-old centre-forward Osimhen has scored four goals in nine appearances for Nigeria since he made his debut against Togo in 2017, and says surpassing Yekini’s record won’t be an easy feat. 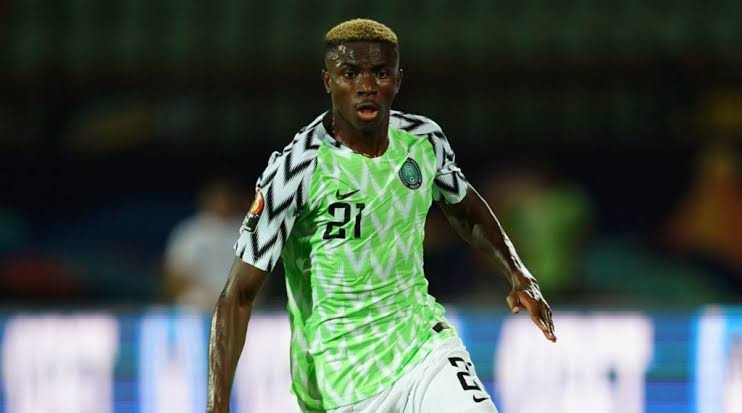 “I’ve always said for me to fill in the shoes of a legend, the late Rashidi Yekini is kind of heavy for me but I think I’m on the right path towards this direction,” Osimhen told the media.

“If I’m injury-free I can achieve this but it’s never going to be easy and of course with the confidence, the coach has in me and the fans also support me I think it’s achievable.

“For now I want to keep on helping the team, keep on doing well with my club and I’m really looking forward to achieving this feat but it’s never going to be easy.

“Compared to what he has done for the national team and he’s made a name for himself all over the world, it’s a huge step for me. By the special grace of God, I’m going to achieve this feat and also pass it”.

Osimhen joined Serie A side Napoli in the summer from French club Lille for a club-record fee of €80 million but says he is not under pressure to deliver.

“There is no pressure at all, for me, it is to continue to improve with the team, I think I just joined the team about four months ago,” he continued.

“I have been doing quite well, not really bad and I think I can really improve also, I am really working hard towards that direction.”

Nigeria take on Sierra Leone in an Africa Cup of Nations qualifying game on Friday November 13.