Real Madrid captain and defender, Sergio Ramos, believes Lionel Messi has earned the right to decide his future, but he would like for the Barcelona forward to stay in Spain.

Messi shocked the football world last month after handing in a transfer request at Barcelona a club he has been at since he was 13.

He has since failed to report for training, saying he doesn’t consider himself a part of Ronald Koeman’s squad 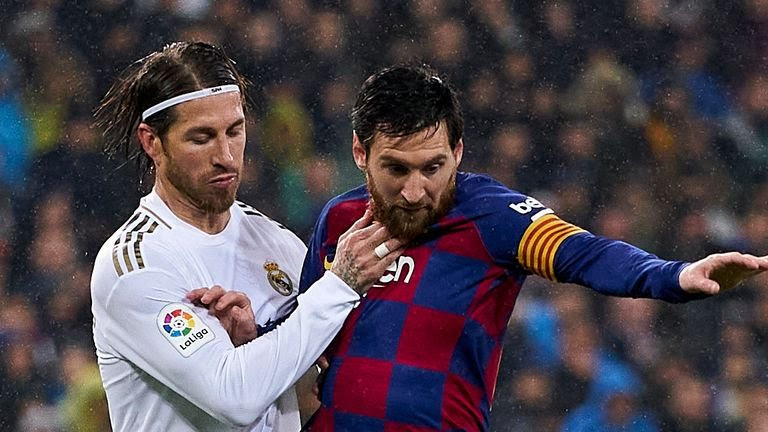 Ramos, who has faced Messi in El Clasico for the past 15 years, questioned Messi’s approach towards the contract situation.

Speaking during a news conference with the Spain national team, Ramos said: “He’s earned the right to decide his future, but I don’t know if it’s the best way.

“For Spanish football, for Barcelona and for us, we’d like him to stay. Leo makes the Spanish league, his team and the Clasicos better.

“You always like beating the best and he’s one of the best in the world.”

Ramos’ comments come after Messi’s father who is also his agent arrived in Spain for crunch talks with the Barcelona hierarchy on Wednesday September 2.

Messi’s dad wants to resolve the impasse between player and club over the forward’s contract situation.

On Wednesday morning, Jorge Messi conceded it is “difficult” his son will stay at Barcelona when asked by Spanish television programme El Chiringuito as he arrived at the Fundacion Leo Messi for talks.

However, he said that “there is nothing yet” in terms of a possible move to Manchester City and that he had not spoken to Pep Guardiola.