It should be remembered that some weeks ago, a Nigerian lady accused D’Banj of raping her sometime in 2018 at Glee Hotel in Lagos state.

In a followup story, it was alleged that the singer got her captured as a way of intimidating and coercing her into backing out.

Some Nigerians have also taken to Twitter to drag the singer over alleged news of the lady’s arrest while demanding justice for her.

According to a recent report shared on Twitter by a popular Nigerian blog, InstaBlog9ja, Heritage Bank has now allegedly suspended her ambassadorial deal with D’Banj. 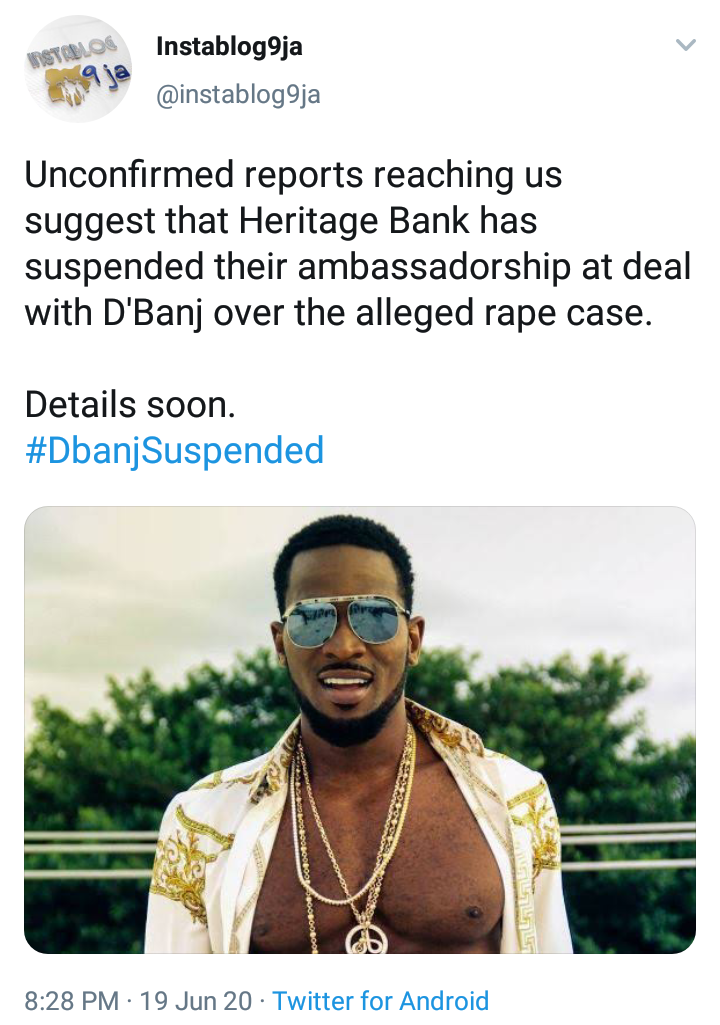