The 23 Lagos-based musician who was born and raised in London, said that she is an iPhone person and hates Android phones touching her hand.

Android or iPhone? her fellow housemates asked, she replied; “I don’t even like Androids touching my hand, I’m an iPhone person.”

This statement didn’t go down well with viewers and android users. Check their reactions below; 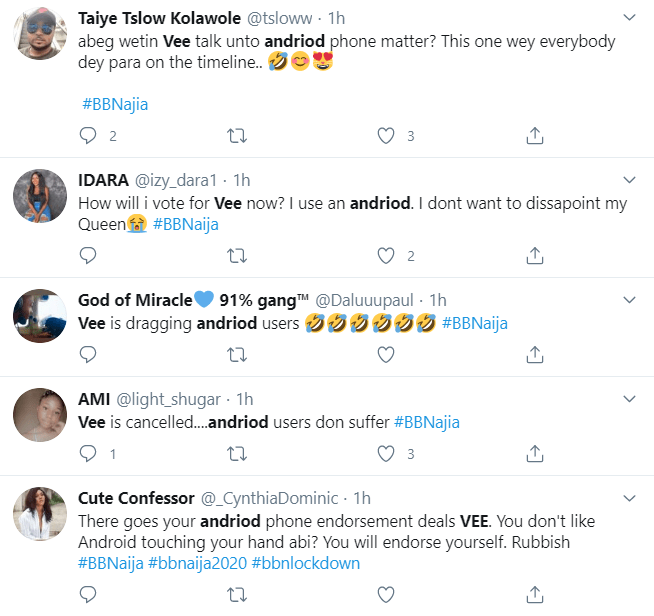