Lady blames police of mocking her salesgirl, 18, who was raped by dispatch rider

Lady blames police of mocking her salesgirl, 18, who was raped by dispatch rider

A business owner has revealed how her 18-year-old sales girl was raped by a dispatch rider who came to pick up a delivery.

The lady announced that she has been trying to get justice for her sales girl but the policewomen she reported to at two different police stations only mocked the girl. She also claims that LUTH staff have refused to treat the girl unless they drop the rape charges.

Plug her tweets below;

This is the story of my staff and right now the dispatcher has absconded, we’ve been meeting dead ends everywhere and even LUTH said that they can’t administer PEP medication because we are pressing charges! They want us to drop the charges before she can be treated!

We haven’t been able to see the DPO of police for Ilaje Police Station because he’s always “busy” everytime we’ve been there and according to them, the case hasn’t really been formerly lodged if the DPO isn’t aware of it.

The police women at Sabo police station said and I quote “you sure say you no enjoy am?” to a traumatized 18yr old girl that had just been raped!

They continued with “why you know bite am?” “You suppose give am mark for body”

The man in question is a 45+ six foot man with lots of body mass. My girl is a small 18yrs old child. She has been disowned by her father because of this matter even after we went and explained the situation by ourselves to the family. She cries at the slightest things now!

When he was raping her and she was shouting, he told her that even if she shouts nobody can hear her and save her, after he was done, he gave her 1k and told her to clean herself up!

When she told me, I told her not to bath so I drove down there and took her to an hospital

We ran some tests and took his semen from her because the bastard even came in her! We have his semen which means we can run DNA test if this was a normal country. We have a doctors report that clearly explains that there was forceful penetration

I hope Nigerians will help fight for this 18yrs old girl that literally has no one to fight for her. Thank you to everyone who has been there from day 1 to help 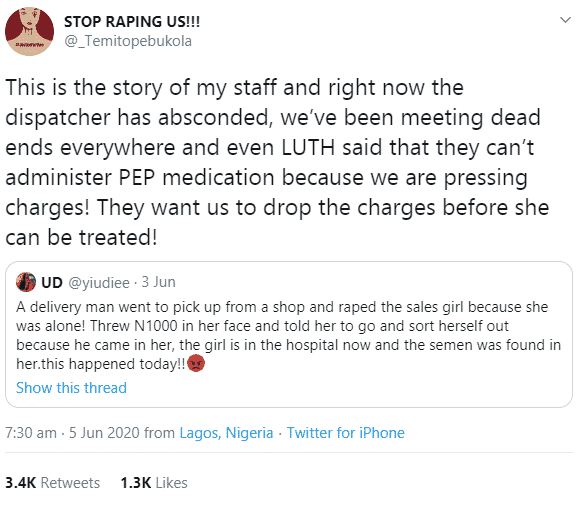 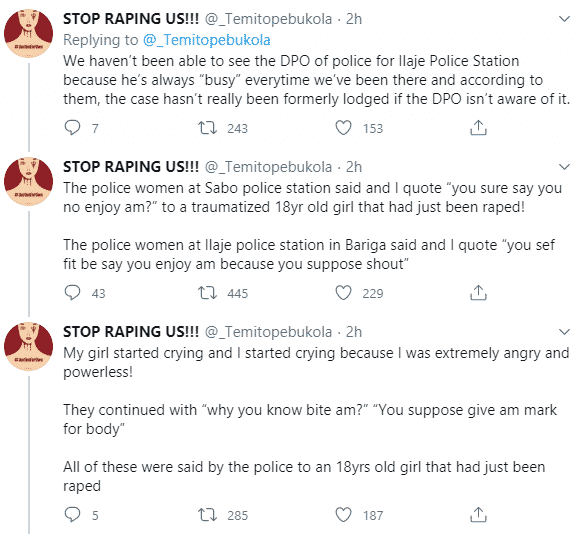 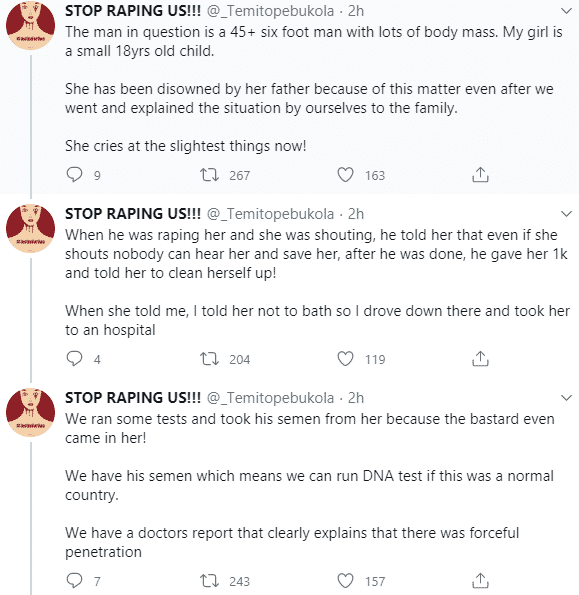 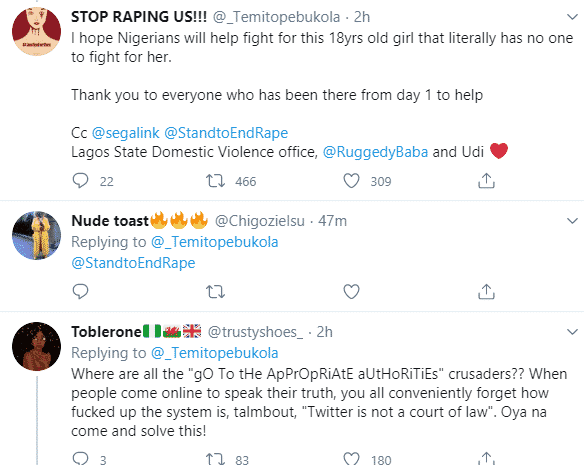 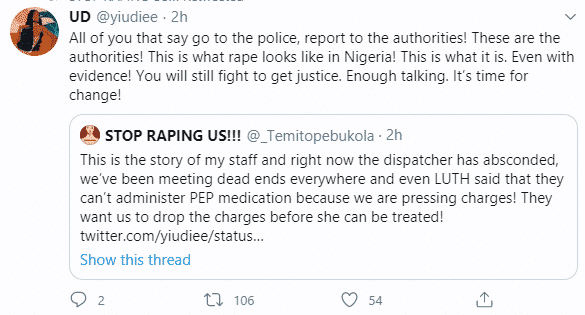