NBA star, LeBron James built his daughter a mini version of his mansion for her 6th birthday.

His daughter, Zhuri will be 6 on October 22. Ahead of her birthday, the Los Angeles Lakers star gave her a small house built right next to their big house. 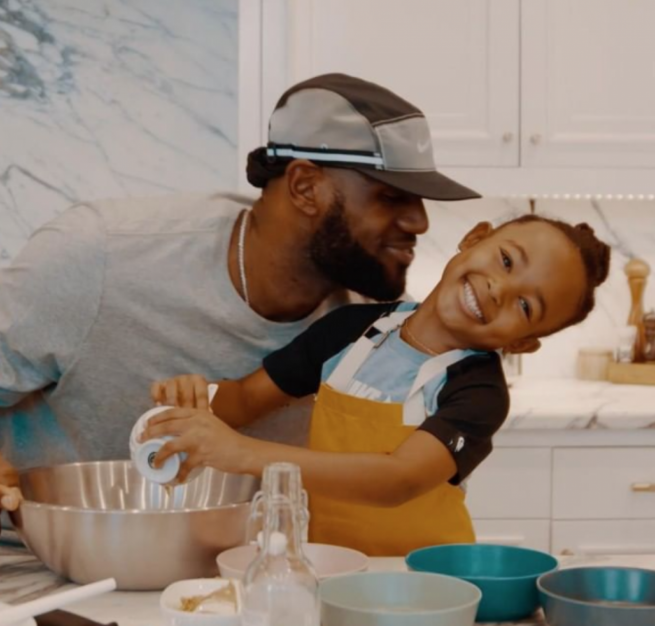 “This little girl has the nerve to have her own house,” James says on the video as he shows the back of his home then pans to his daughter’s house. “How your house look just like the big house, though?”

Inside Zhuri’s house is a kitchen and sitting room, complete with a purple couch and pink cushions and a black and white checkered floor.

In a video shared by LeBron, Zhuri is seen cleaning a section of her floor where her father has just stepped.

“Oh, my bad. I got your floor dirty?” James says, laughing.

Then he asks her if she’s taking a break.

“What you got, a little break from school right now?” James asks her. Zhuri nods, and he says, “That’s hilarious.”