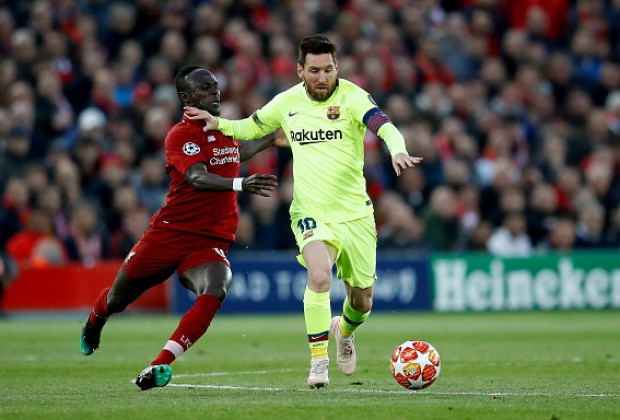 Lionel Messi has expressed his dissatisfaction after Senegalese and Liverpool forward Sadio Mane finished fourth in the Ballon d’Or rankings earlier this week.

The Barcelona superstar won the Ballon d’Or for the sixth time in his career in Paris on Monday, after edging out Virgil van Dijk and Cristiano Ronaldo to claim the gong. Sadio Mane came fourth while Mohamed Salah was placed in fifth.

Messi who voted Mane as his preferred candidate for The Best award, has now praised the Liverpool forward, saying It’s a shame to see that he finished fourth in the Ballon d’Or ranking.

‘But I think there have been a lot of great players this year. That’s why it was difficult to choose a particular player. But I chose Sadio Mane (for The Best award) because he’s a player that I like.

‘Mane achieved a great year that was exceptional for the entire Liverpool team. That’s why I chose him.

‘I repeat, there were a lot of very great players this year, so the choice was difficult.’