Crossdresser, James Brown has lashed out  at his counterpart, Bobrisky once again on not taking life too seriously.

Some week earlier the two male barbies got in a nasty fight that led to the baby crossdresser losing his Instagram account temporarily.

Since his return, James Brown grew more confident and stood for what he wants on continuing the crossdressing business despite being threatened by Bobrisky to quit.

“I can be a guy if I want to, so I don’t own any mother f**ker any explanation
Don’t take life too serious

madam it just a game.” 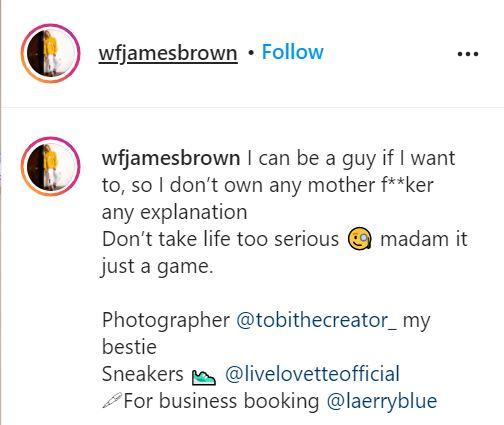