A Nigerian man has taken to his page on social media to share what his wife does whenever she offends him.

The man recognized with the username @AmamamMyko shared on the micro-blogging platform, Twitter, that his wife begs him in the name of popular Nigerian music executive and singer Davido, whenever she offends him.

Getting to Twitter, he said he knows Davido would laugh so hard if he tells him about it.

Perhaps, it’s likely his wife knows he’s a big fan of Davido and believes he would be appeased if she mentions the singer’s name.

@AmamamMyko is the same man who few months ago claimed he named his newborn baby boy after Davido and the singer in return promised to changed his life if he shows him evidence. 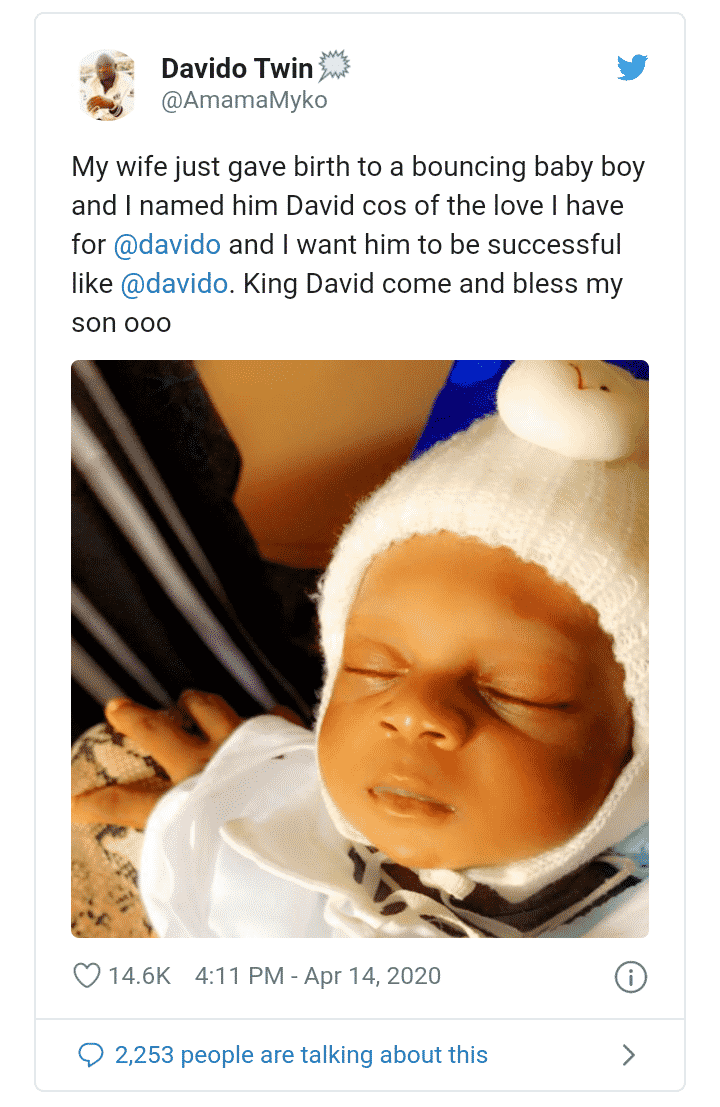 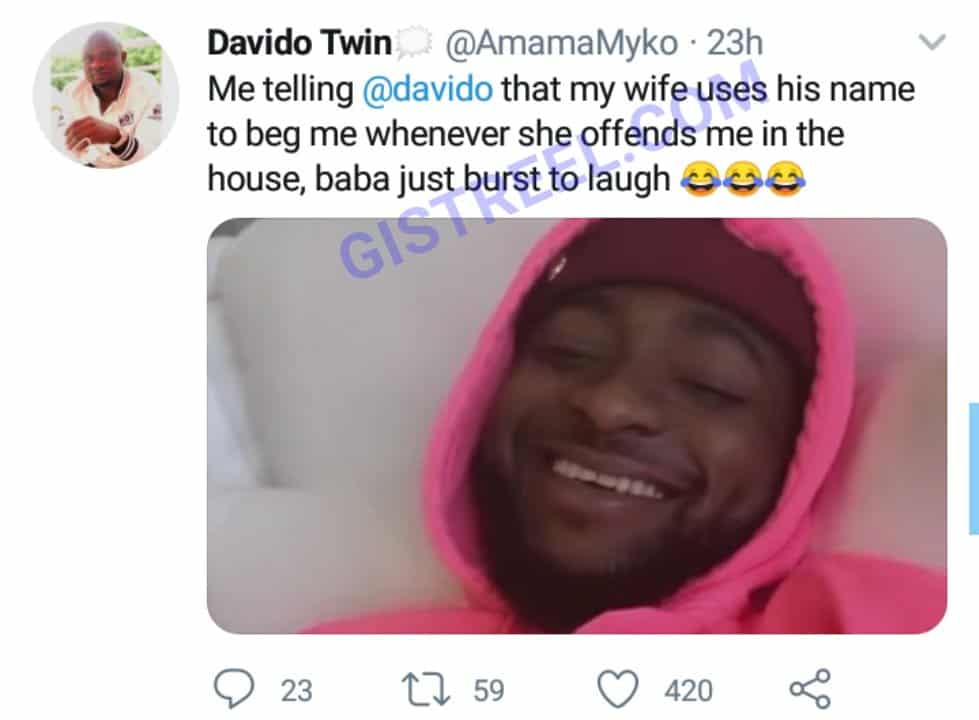