A man on Thursday August 3, staged a lone protest against the recent increase in fuel price and electricity tariffs in Ibadan, Oyo State capital.

The man was reportedly spotted opposite the University of Ibadan carrying a placard that read “I can’t take this anymore, increased petrol price and Electricity tariff”

“Saw this one-man Protest opposite the University of Ibadan. ” I can’t take this anymore, increased petrol price and Electricity tariff”

It will be recalled that barely two days after electricity tariff was increased by about 300 per cent, oil marketers on Wednesday August 2, fixed the pump price for Premium Motor Spirit (PMS), popularly called petrol at N162 a litre. 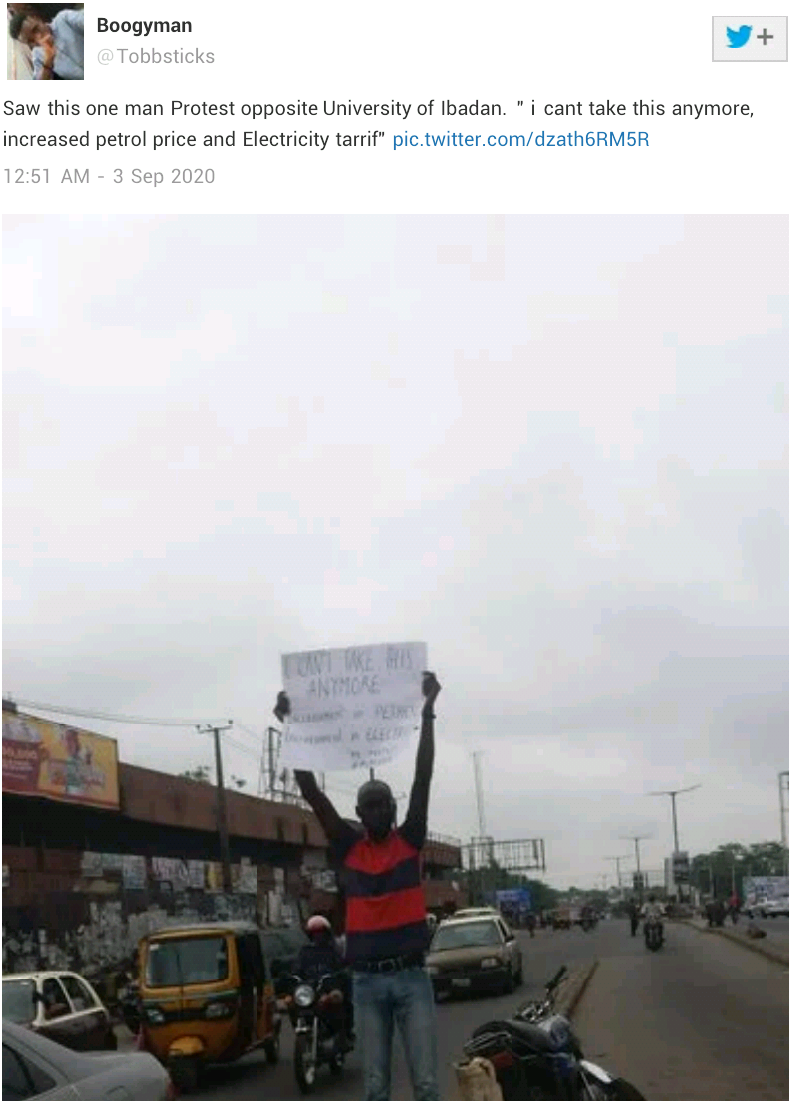