Manchester United striker, Marcus Rashford has apologized to the club’s fanbase in the wake of the 6-1 trashing the club received against Tottenham.

“It’s a horrible feeling, the worst day I’ve had as a Manchester United manager and player,” the Solksjaer told BBC Radio 5 Live post-match. 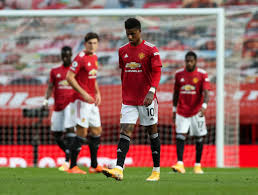 “We can’t accept performances like this. I hold my hands up, I’m in charge and I’m responsible for this.”

“This is my club. I’m so proud to wear this shirt but there are no excuses, it’s just not good enough and to every single fan around the world that tuned in today, I’m just so sorry.

“You deserve so much better than that. I would have stayed away from social media tonight but you deserve to hear from me during the highs and the lows, there is no hiding.
“I feel horrible but I promise you we will do better.” 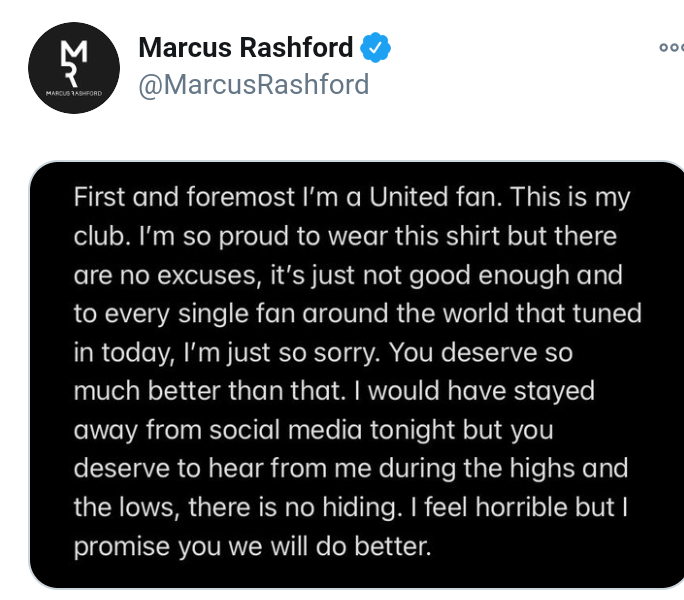