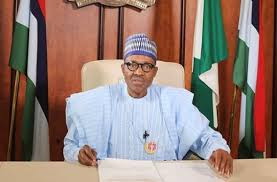 President Buhari will address the nation tomorrow Tuesday, October 1st in a broadcast to mark the country’s 59th independence anniversary.

A statement dropped by Femi Adesina, the Special Adviser to President Buhari on Media and Publicity says the broadcast will be at 7am.

Adesina advised Television, radio stations and other electronic media outlets to hook up to the network services of the Nigerian Television Authority and Radio Nigeria for the broadcast.