A Nigerian man has irritated members of the Facebook community after he announced his intentions to rape his daughter in the future.

The man said this while responding to a shocking post about a man who abused his own child.

While many frowned at the ungodly act, Facebook user, Ofe Noni, laughed about it and said he can’t wait to have his own daughter so he can have his way with her when her mother isn’t around.

In his words; “I can’t wait to give birth to a beautiful girl… So I can bang her when my wife is not around.” 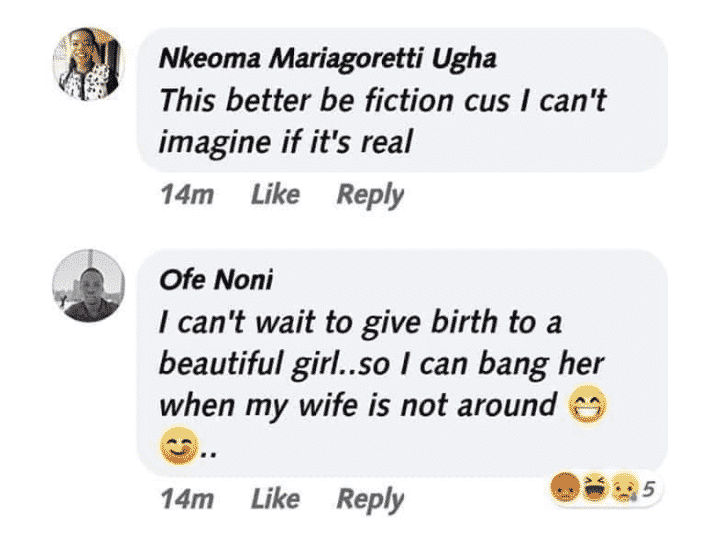 The young man also added a ‘licking lips’ emoji that made his post even more creepy. 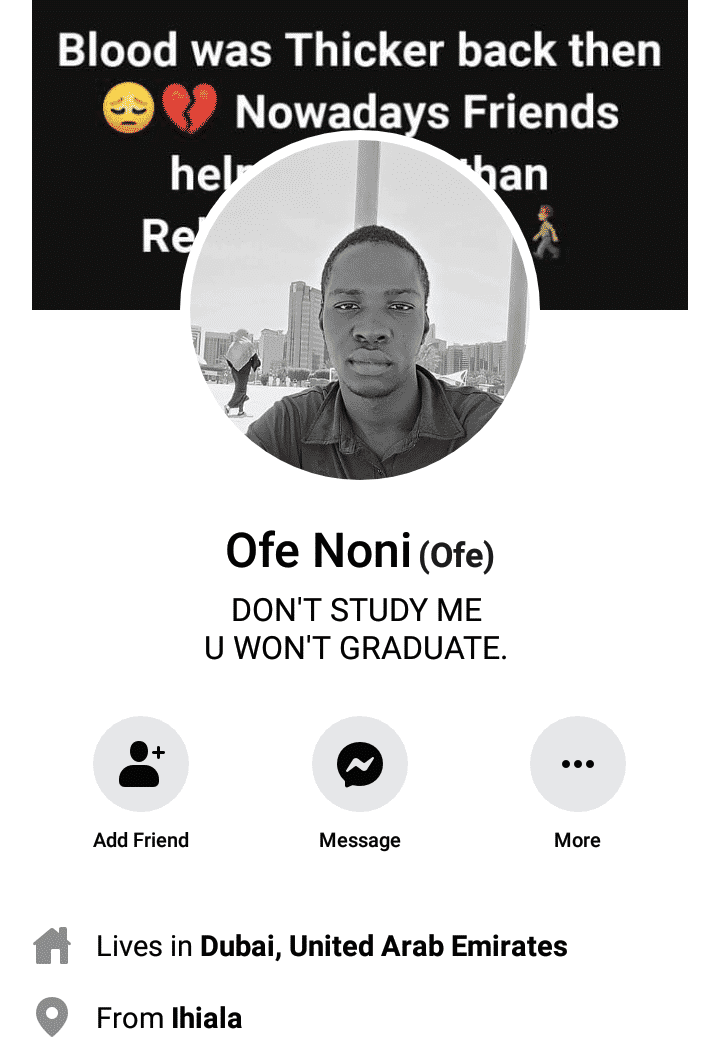