Twitter user, @MikeHell7 shared a photo of the guy with the nut stuck at the base of his swollen penis and another photo of him lying on an operating table in a teaching hospital while doctors operated on him to remove the nut from his male member. 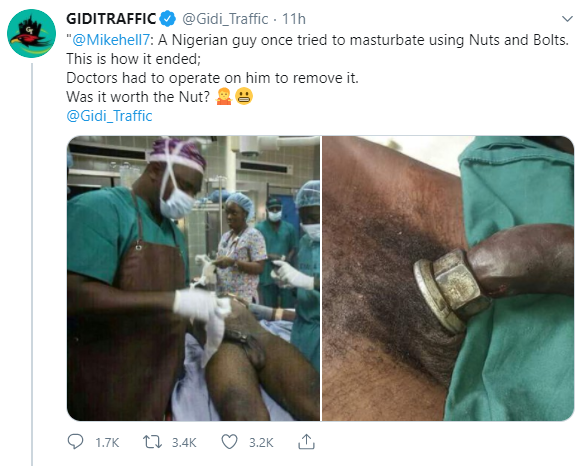 Below are the photos and some reactions to it. 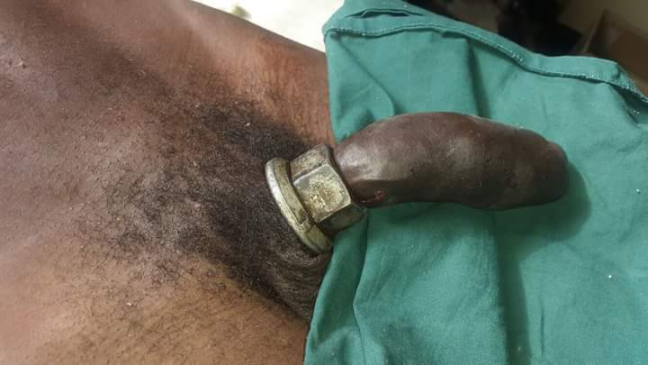 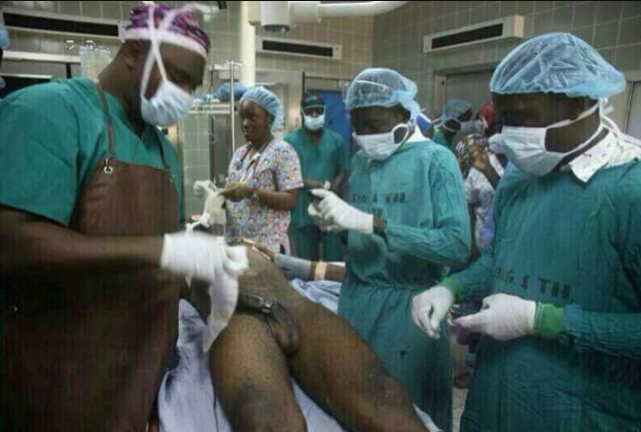 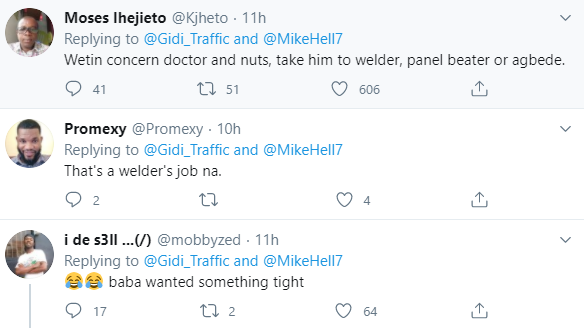 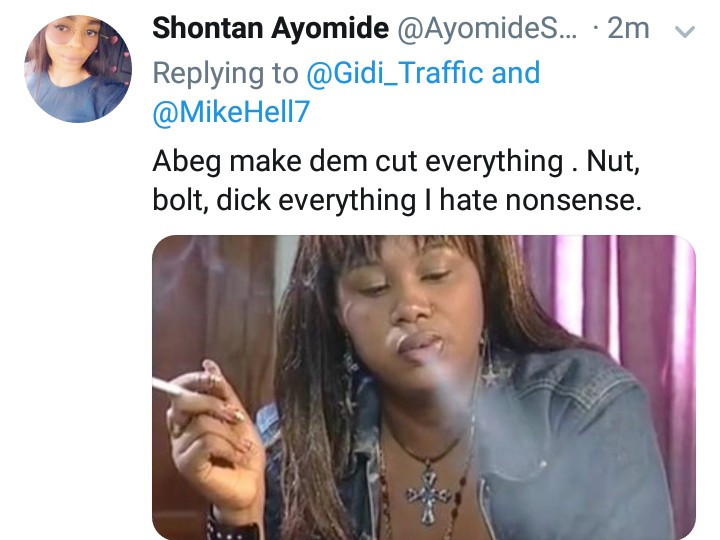