Nigerian media personality, Wana Udobang shares naked photo and a message to go with it

Nigerian media personality, Wana Udobang shares naked photo and a message to go with it

Wana Udobang  shared a naked photo of herself alongside a message about body positivity.

The media personality said the naked photo is one of a series of images and short film.

She further said that the series sees the body as “form”. It sees “how stretch marks, tan lines and folds become markers of interests and ultimately the eye adjusts to see these moments of disruption as one to be admired rather than dismissed.” 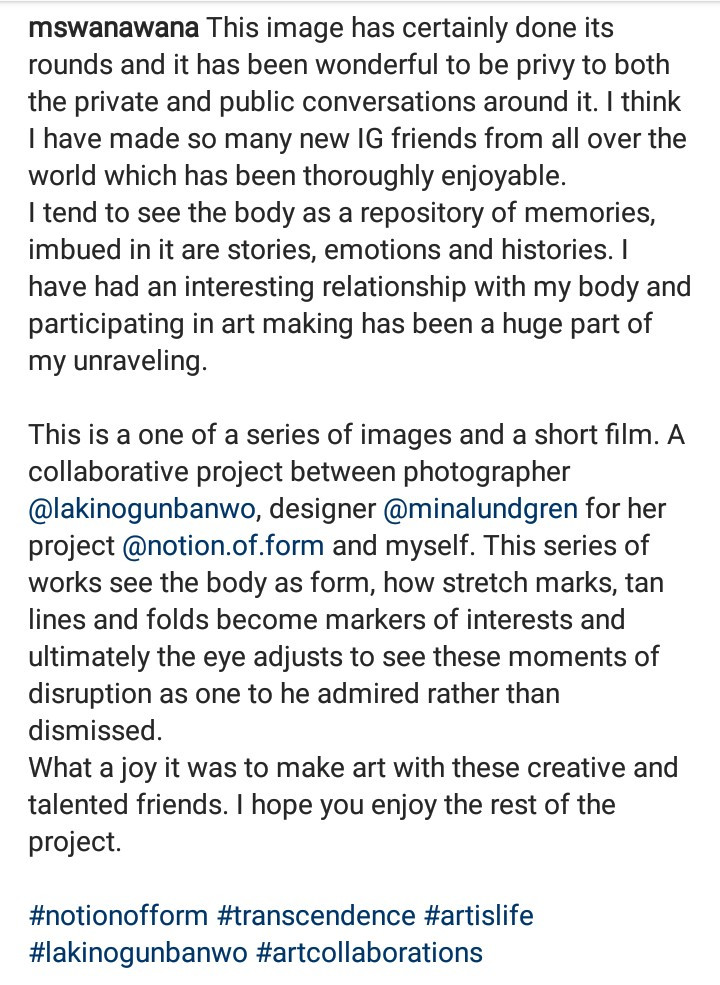