Some Nigerians have countered the claim of a lady who alleged that her son, Anthony Umeh was a victim of the #EndSARS protest shootings at Lekki toll gate.

Though the woman’s identity is yet to be uncovered after the viral video, it was however gathered that she said her son’s corpse was recovered by his friend.

Responding to the visual, some social media users faulted her claims.

A Facebook user, Pretty Loveth alleged that Anthony died after he and his friends bumped into a trailer on their way home.

She wrote; “He didn’t die at Lekki tollgate, him (he) and his two friends bumped into a trailer on their way home at Petrocam Filling Station, close to Lagos Business School, Ajah. RIP Tony, we all miss you brother.”

“Tony Umeh was among the 3 people that had an accident on their way back from the protest before the toll gate incident, so why is this London woman alleged to be his mother claiming he was killed by the military?

I felt something was off about her and you guys rained insults“ he tweeted.

The Lagos state police command has also stated that they are not aware of the death of Anthony Umeh.

Plug out posts faulting her claims Beneath: 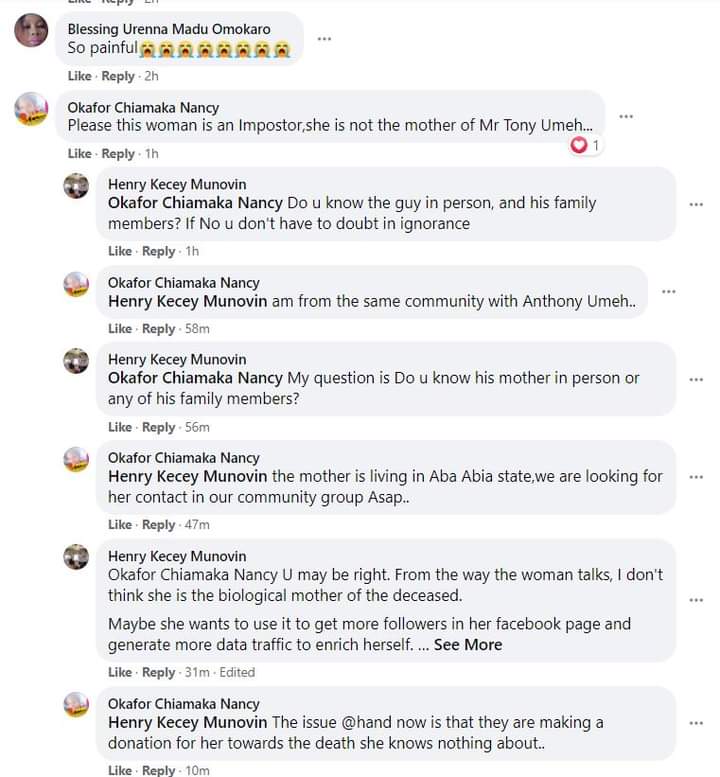 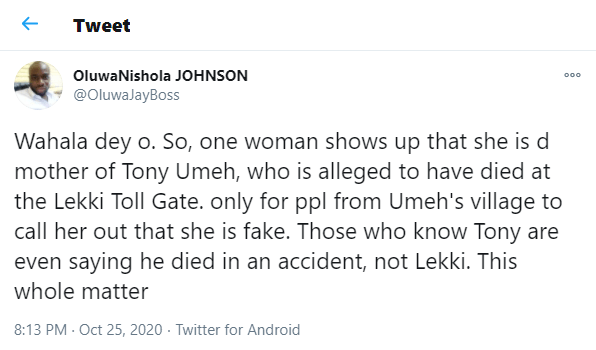 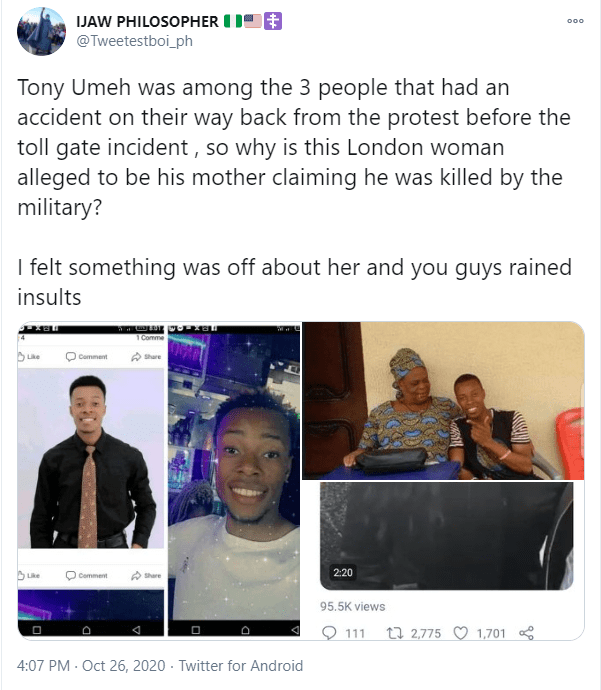