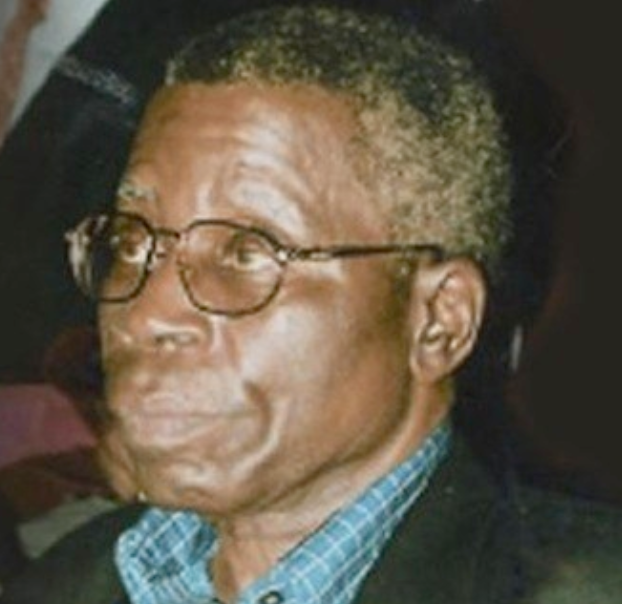 Nigerians on Twitter are remembering Chief Bola Ige 18 years after he was murdered.

Ige, who was Nigeria’s Attorney-General and Minister of Justice, was assassinated by yet to be identified gunmen on December 23, 2001.

Chief James Ajibola Idowu Ige was the Commissioner for Agriculture and later Ministry of Lands and Housing in the Western State during the tenure of General Adeyinka Adebayo. He was also the former Governor of Old Oyo State (1979 – 1983) (now split into Oyo and Osun States). He was Minister of Power and Steel and also the former Attorney General and Minister of Justice of the Federal Republic of Nigeria (1999 – 2001).

During his tenure as the Governor of Oyo state, he introduced and implemented free education at all levels in Oyo State.

He was also a prolific writer, and for many years, he wrote in Sunday Tribune ‘Uncle Bola’s Column’. He is the author of Golden Quotes, Detainee’s Diary (1992), People, Politics and Politicians of Nigeria (1995), Constitution and the Problems of Nigeria (1995) and Kaduna Boy (1991).

Plugs are a few tweets from Nigerians remembering him on the 18th anniversary of his assassination. 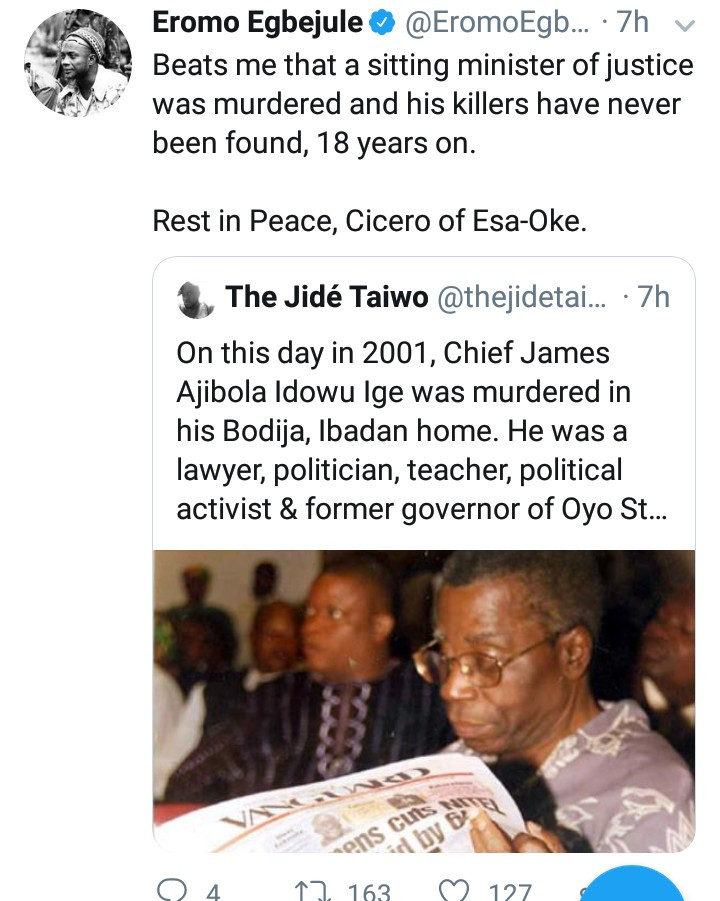 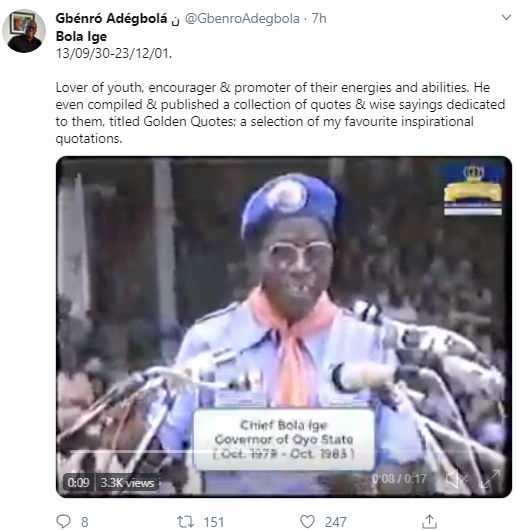 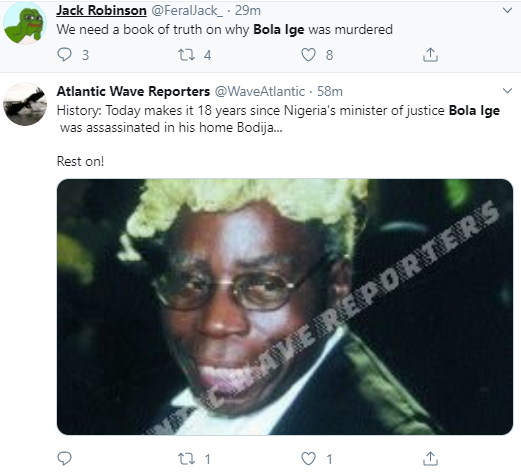 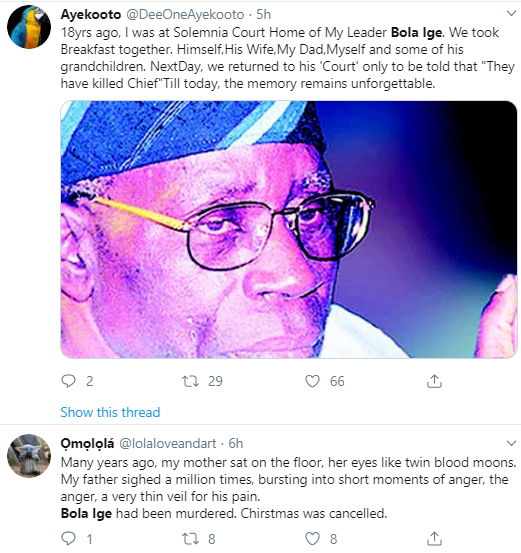