Some Nigerians on Twitter have called on former Vice President and PDP Presidential candidate, Atiku Abubakar, to lead them in the protest against the increase in electricity tariff.

On Tuesday, September 1, the electricity distribution companies (DisCos) across the country began the implementation of a new electricity tariff regime which will see Nigerians paying more for electricity. The Nigerian Electricity Regulatory Commission (NERC) had ordered the DisCos to maintain a N4 tariff for all customers consuming less than 50kWh of energy per month.

Atiku Abubakar via his Twitter handle, joined other Nigerians to condemn the increment. According to him, the increment is ill-advised and ill-timed.

”I reject the increased electricity tariffs. Coming out of the lockdown, Nigerians need a stimulus, not an impetuous disregard for the challenges they face. Many Nigerians have not earned an income for months, due to no fault of theirs. This increase is ill-timed and ill-advised.” he tweeted 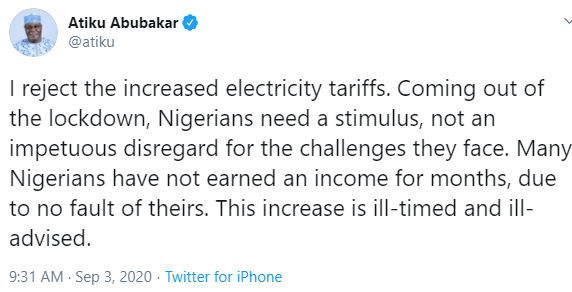 Nigerians took to the comment section of Atiku’s post to ask him to come out and lead a protest if he is indeed against the increment. See tweets below 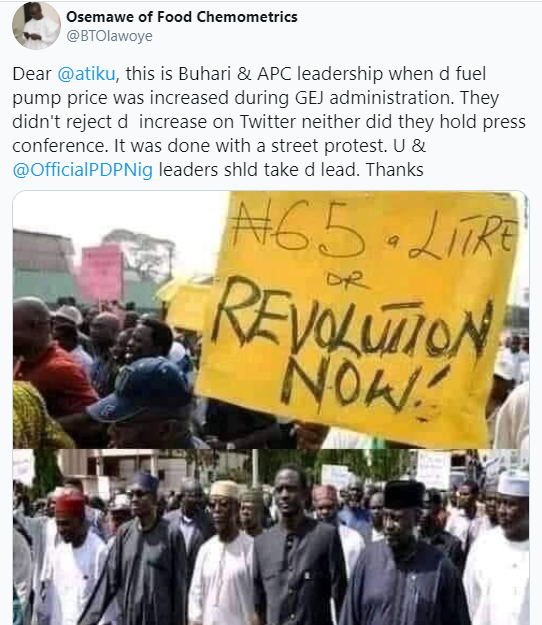 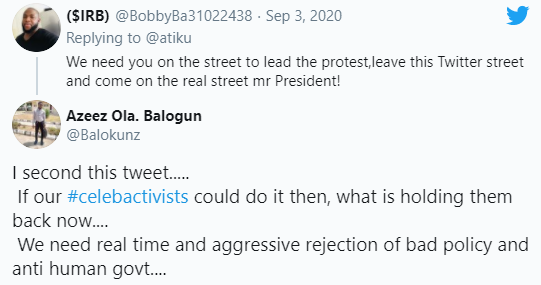