According to the police, she couldn’t give any other information asides her name.

They put up a tweet with her photo and asked anyone who knows her to report to the Adekunle police station where she was taken to. 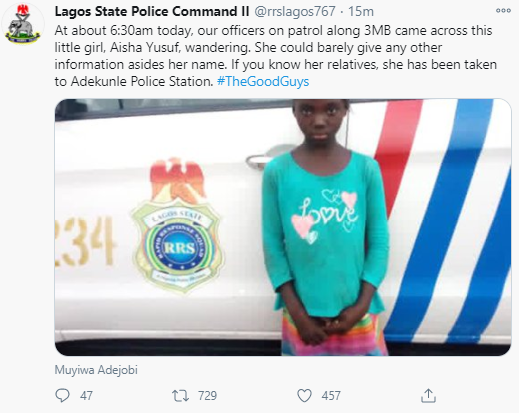