Wycombe won the League One play-off final on Monday, July 13, with a dramatic 2-1 win over Oxford United at Wembley, to reach the second tier for the first time in the club’s history. 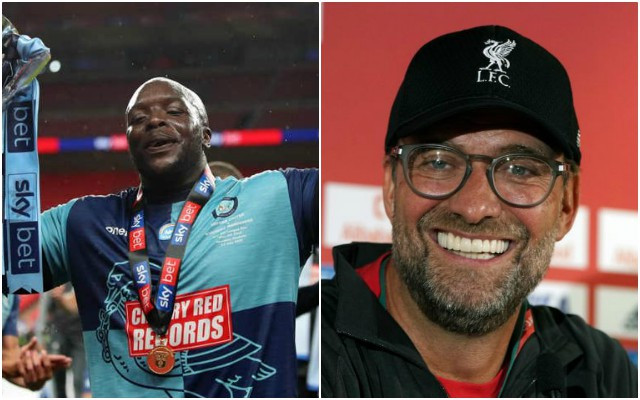 Now, Ofoborh is the latest Chairboys player to get a message from France and Manchester United superstar, Paul Pogba.

Oforboh, on loan from Bournemouth, who played a key role in the Monday clash, pleaded for a well-done message from the Frenchman on social media, tweeting: ‘i see @darealAkinfenwa getting mad replies from Liverpool players. I think this is the time to say @paulpogba i love you big time. my favourite player ever.’

The Nigeria Under-20 international later sent out another tweet, saying: ‘honestly someone must know @paulpogba and if you do, help a bro out man’.

The World Cup winner has now granted Oforboh’s request. He filmed himself in a video saying: ‘Yo Nnamdi, what’s up man? It’s your boy PP.

‘I heard about you, I just wanted to congratulate you on your promotion to the Championship. I heard about your long journey, in football, and outside football. For sure, it’s not easy, it’s difficult what you did.

‘I just want to wish you the best – carry on, keep it up, keep doing what you’re doing man. I’m going to be looking after you, and looking at what you’re doing until you get to the Premier League. Keep it up my G, be together, peace man.’

@paulpogba if only you knew what this means to me. my hero. my boss. i don’t think i’ll ever live this down. PP ❤️❤️❤️❤️❤️