Reverend Polycarp Zongo, a pastor of the Church of Christ in Nations, Jos, Plateau State, who was kidnapped by the Islamic State In West Africa (ISWAP) around Bauchi-Gombe road, has been released.

Pastor Zongo was released on Friday evening, October 30, through an undisclosed process, officials say.  Details about his release are yet to be disclosed, however, it was gathered that he communicated with his wife to confirm his release. 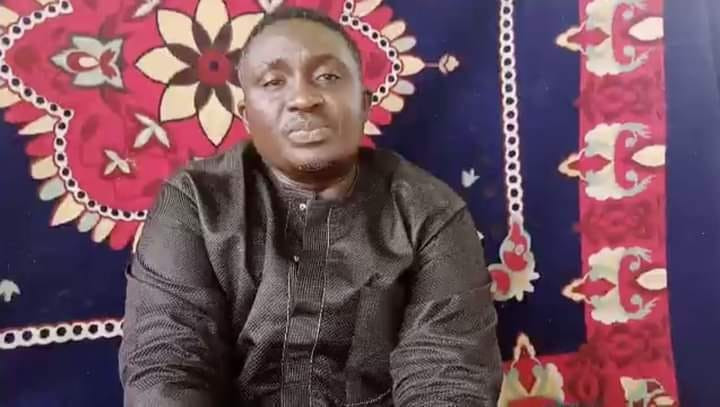 The pastor, who went missing while travelling to Gombe State for a conference, had appeared in a video this week saying he was abducted by the Islamic State West Africa Province.

Pastor Zango said he was in the custody of the insurgents alongside two other Christian women, who were also abducted.

In the video, the cleric seen seated behind a prayer mat, said he was abducted on Monday, October 19, 2020.

“My name is Reverend Polycap Zongo and I am a pastor at COCIN LCC Wild Life Park, Plateau State, Nigeria. On October 19, 2020, I was travelling for a conference in Gombe when I was abducted by Boko Haram insurgents who caught me on the road. Right now I am with them,” he said.

“I am appealing to the governor of Plateau State, Simon Boko Lalong, and the Senator of Plateau North, Barrister ID Gyang, and the Christian Association of Nigeria and COCIN Church to please help save me from their hands. They also abducted two Christian women who are also here with me, we are appealing to be rescued.” he added.

It is not clear if Miss Fayina Ali, a Kaduna-indigene of Adamawa State, who was also said to have gone missing same Monday he was captured, is among the two Zongo mentioned.

Miss Ali had held her marriage introduction on the weekend of her disappearance. Her wedding with a Air Force personnel is slated for December 2020.