Popular YouTuber, 22, dies in motorbike accident a week after she bought the bike

Popular YouTuber, 22, dies in motorbike accident a week after she bought the bike

A popular YouTuber with a passion for motorbikes has died in an accident that occurred while she was riding her new bike.

Initial information suggests that Amanda crashed while fleeing from police as she earlier posted a video at a motorbike racing event on Instagram. Hours later, police were called to the illegal gathering.

According to reports, everyone at the meeting dispersed when the police arrived and Amanda fled speeding with her 600 litre Yamaha XJ6 which she bought just a week prior.

She soon lost control of the bike.

The police will investigate whether Amanda was over the drink-drive limit at the time of the incident. 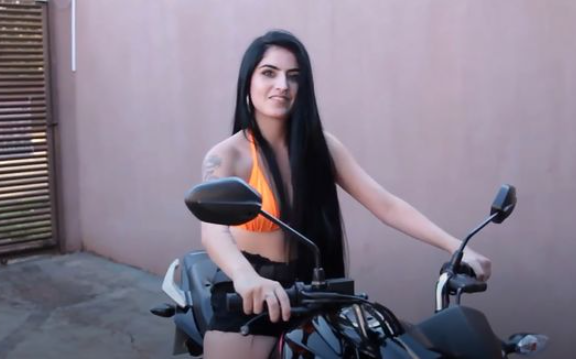 A Military Police spokesman told UOL: “There was a follow-up on Avenida Waldemar Springer to a certain extent, when she ended up losing the vehicle.

“Shortly after, the PM was called to attend an accident with a motorcyclist. It turned out that it was the same person who ran away.”

Amanda died at the scene of the accident where she was found without a helmet but it is suspected it came off during the crash.

She suffered head, chest and cervical injuries that proved fatal.

A funeral has already been held for the Youtuber who was buried in Londrina.