Rudeboy imitates Davido, he blocks many friends from contacting him

Rudeboy imitates Davido, he blocks many friends from contacting him

Famous Nigerian singer, Paul Okoye alias Rudeboy, has announced he did massive blocking of contacts on his phone, thereby making some friends unable to reach him.

The Paul of defunct Psquare duo made this known on his official Instagram page today June 6, 2020.

It should be remembered that Davido recently disconnected himself from some friends after he got himself a new mobile number.

Coming few days after Davido embarked on massive ‘friends cleansing’, Rudeboy has tolled his path to disassociate himself from some of his friends.

According to him, he could no longer stand the persistent adding of his contact several “stupid groups“.

He also said he blocked some contacts because he noticed they “turned to gossips, bloggers” and kept sending unsolicited broadcast messages.

“I hate nonsense! Just in case you’ve been trying to call or WhatsApp me and it’s not going though, just know that i have blocked you” he revealed. 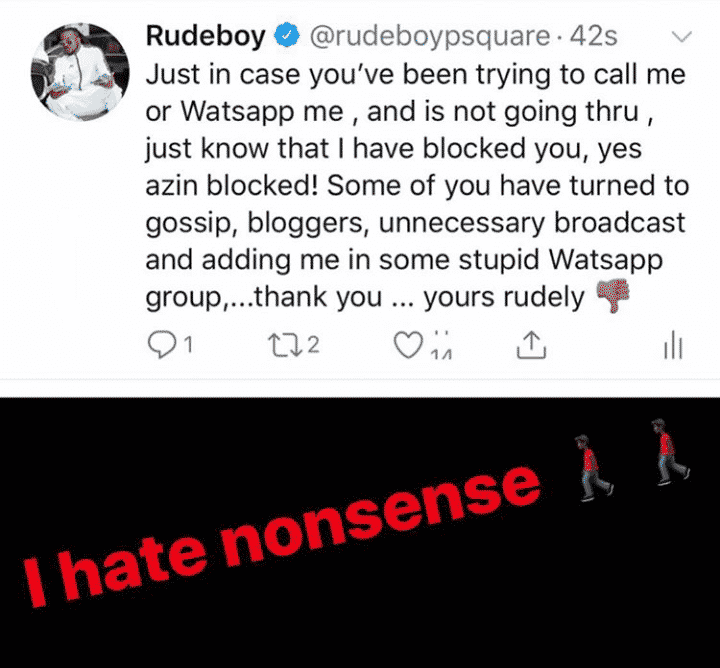