Adeherself, who has been remanded in EFCC’s custody since July 7, following her arraignment in court on a one-count charge of possession of fraudulent documents, recently met all her bail conditions.

Her mom briefly went live on Instagram with her to thank fans for their support during her arrest before she quickly deleted the post.

She later shared a photo of her daughter on her page and wrote: “To God be the glory, God thanks you for everything, you know the end from beginning and all glory adoration and honour be to your holy name.” 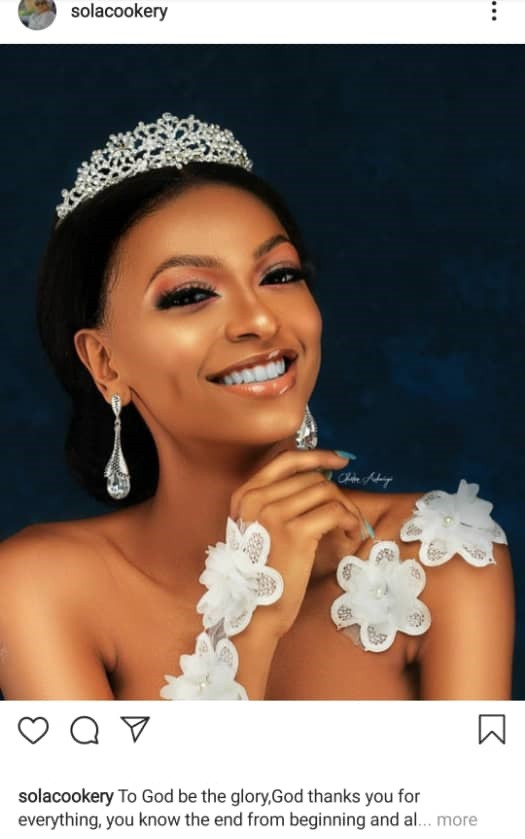 In a ruling on July 15, Justice Sherifat Solebo granted Adeherself N500,000 bail and also ordered that she must provide two sureties with reliable means of income which would be verified by the court.

Solebo adjourned the case until Aug. 5 for substantive hearing.

Adeherself was arrested last month following intelligence received by the EFCC on the activities of some young men allegedly involved in internet fraud in the Lekki axis of Lagos. She is facing a one-count charge of possession of fraudulent documents.