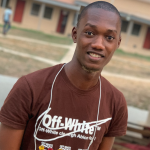 The level of decadence in our tertiary institution today is horrendous which calls for drastic measures while indecency and waywardness have been the trademark in the eye of the lads. Tertiary institutions ought to be a citadel for total transformation, liberation, and exploration but the civilization has collapsed and most students are on the path of despoliation. Few Universities today promulgate a uniform or chaste dressing as their code of conduct on the campus, while most dress the way they feel, indecent dressing! Does it have any implication in our tertiary institution today?

A popular adage in the African norms says “dress the way you wish to be addressed”, I felt travail seeing teens in ill dressing culture, the culture our parents enlightened us has been desecrated indecently by the barbaric manner of youth exuberance, the moral lessons have been bastardized, the act of skimpy dresses has been proliferated while most parents remain defiant about this awful act, lads flounder to listen to their parents trial by ordeal. In our tertiary institution, today female students go to classes in half dresses. Few, erstwhile go to classes without wearing underclothing which uncloaks some part of their body, some seldom go to classes without wearing a bra which may sometimes leave their pointed nipple seeable to people. We have had enough and recorded blistering information from different schools journals and magazine while unconnected material was caught in different lecture theaters such as menstruation pads, condom, gin can, beer bottle, hallucinated drugs, and cigarette ash, et al. according to the sources, it was noted that students who dibs to go for night classes or reading left the remnant of the aforementioned materials while engaging in an illicit and explicit act which the school’s waste management department which belongs to the non-academy staffs would assemble and packed after the daily cleaning. what a strange culture? Are we progressing culturally or retrogressing?

Furthermore, glimpsing at the sight of trending waywardness on different social media earlier this year shows how obscure our culture is, the civilization has collapsed females are being proud of not being in virgin, according to a tale narrated to me by my grandfather, he revealed how shameful and remorseful could a lady which had been deflowered maybe once it was divulged from the husband to the bride family, he had told me some ladies may not be hefty to endure the pain, guilt, and shame, it may give them the audacity to commit suicide. Alack, what was known as “abstinence till marry” is outdated currently, lads of this millennium are being proud of pre-marital sex, some ladies engage in prostitution and went on social media to promote their mishap. Alas, some of these ladies are undergraduate in our tertiary institution today, different sex-tape has been leaked severally over the years, recently. Reprehensibly, there was a leaked video while a lecturer was caught having culpable sex with a female student, not quite a long another video was leaked while a student was caught having sex with two male students within her vicinity. All these eccentric and immoral acts repeat consistently which indecent dressing among the female students could be the unnoticed bane, what has happened to our culture? Most students aren’t ashamed of these various vices, most were sent to school to craft their path and fortune while they engage in a romantic relationship with the opposite gender, what a strange culture?

In Nigeria’s institution today! Male students were captured smoking in consecrated premises of the University, some were reported to one evil confraternity to another respectively. Rape cases, sex scandals every day is driving the attention of the media, from the survey clustered by researchers, 60% of rapist and culprits stated that ladies indecent dressing incited them to do such evil act while they can not control their sex urge and drive. Many student’s lives have been debauched and ravaged in universities while indecent dressing and another mishap lifestyle could be the reason for their failure and downpour. Weekends are meant for students to rest, do their assignments, and other obligations bestowed on them but most capitalize the weekend break on wrongful acts such as going to the club, pool party, cinemas, etc. The contrariness could hinder the lad’s result in school while it would be obvious in their final years.

Parents will have to play crucial roles for the betterment of their fruit by instigating moral and good culture in them, the government should invoke special forces that would regulate moral dressing amidst students of tertiary universities, school management should also enact ordinances that will regulate moral in the school purlieu which if any student violates would face the penalty. First-Year students in every tertiary institution should be educated and enlightened on moral and positive comportment in the school arena. With all these moralities will triumph immorality