Speaking to newsmen on Sunday August 23, Shodipe said the opportunity to escape from police custody came from police negligence.

“The new female DPO asked officer Funsho to allow me take my bath. He cautioned me not to try to escape when I am taking my bath.

“I escaped when I saw him discussing with another person. I climbed the borehole pole and jumped the fence. The people living in the area saw me when I escaped but they did not raise any alarm.” 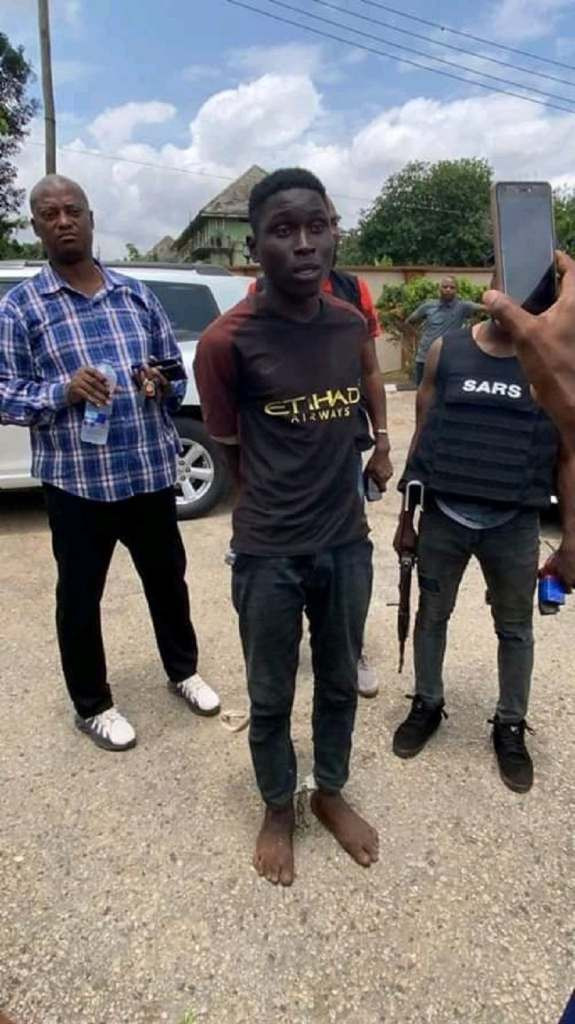 Sunday Shodipe was re-arrested on Sunday August 23, at Iwo Road by a group with the support of a tactical team that had once worked with the Special Adviser on Security Matters to Governor Makinde, Fatai Owoseni in Akure.
He was trailed to where he bought and smoked hemp in the city but was not arrested then because of the crowd in the area. He was arrested while alone in a hideout.