Big Brother Naija ‘Pepper Dem’ Reunion show started last night, and as expected, fans are already coming for each other and housemates.

During the reunion show, they showed housemates participating in a facial expression saying how they feel about their fellow housemates, but Tacha was not shown.

According to her, she participated, but for some reason, it was not shown. A fan of another housemate then mocked her saying it was because she was disqualified. Read Tacha’s reply below….

“Better to be disqualified from a SHOW than to be out here in REAL LIFE chasing over a DISQUALIFIED HOUSE MATEs SHADOW. ” 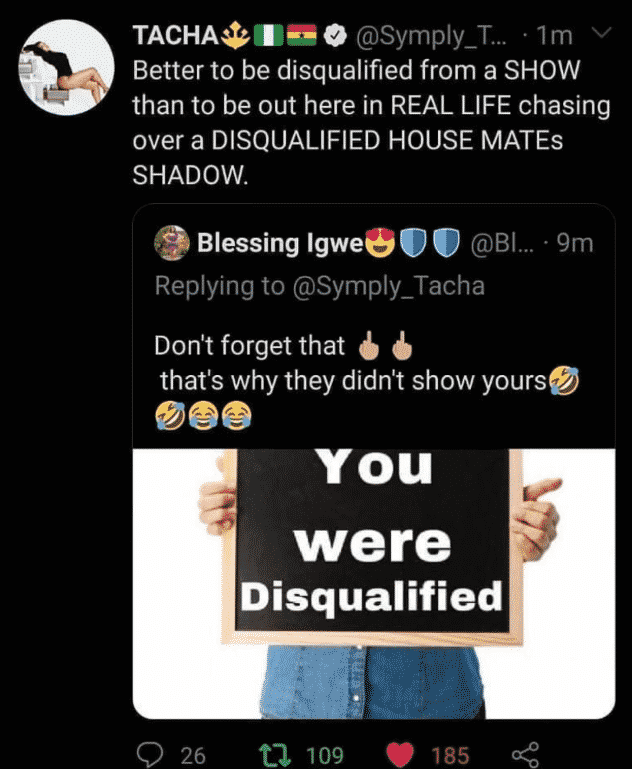 Tacha was disqualified after a heated altercation with Mercy Eke.